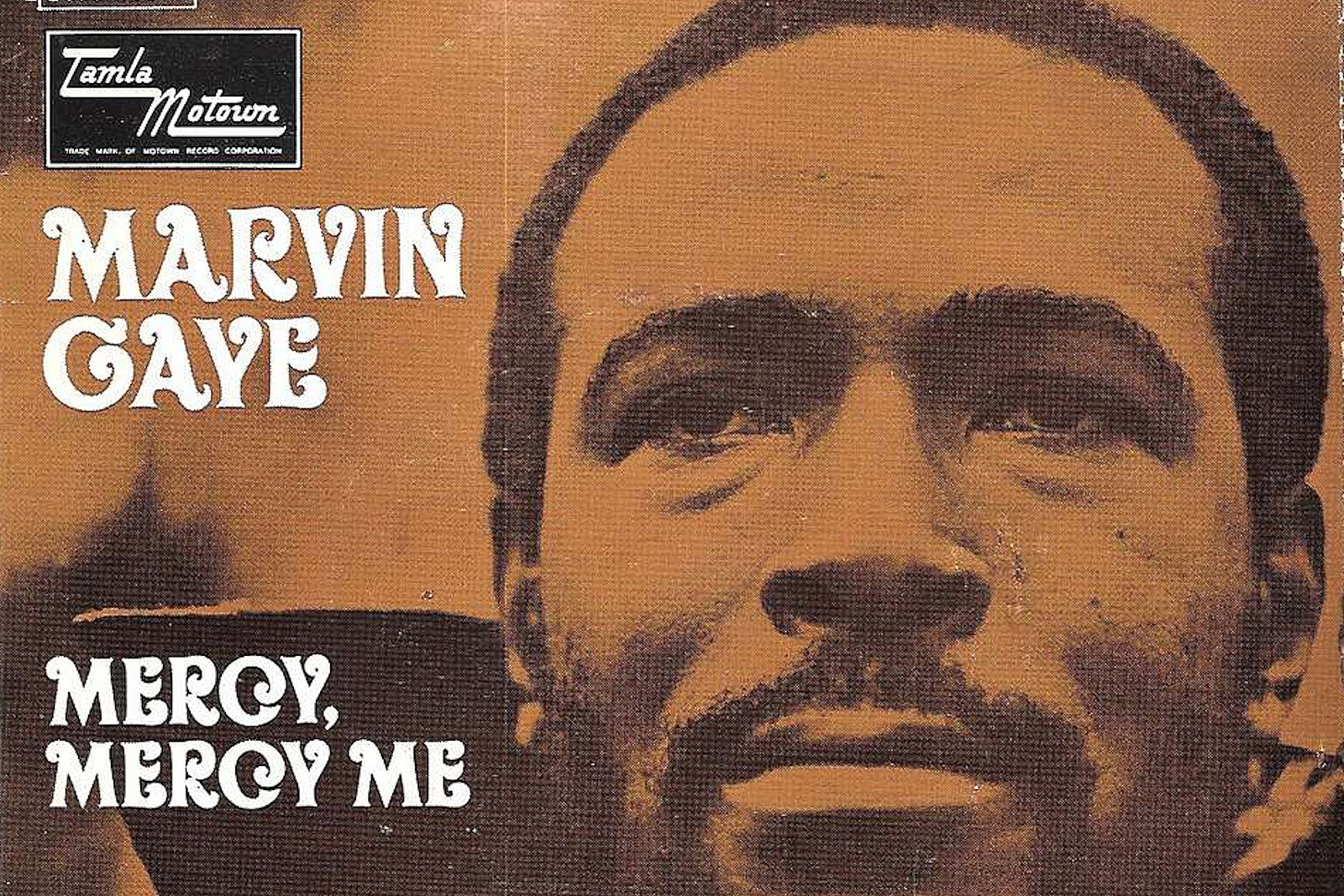 When Marvin Gaye addressed pollution in his 1971 single “Mercy Mercy Me,” he became one of the first R&B singers to ever address environmental issues in a song.

The singer had made a name for himself with romantic tunes like “It Takes Two,” “Ain’t No Mountain High Enough” and “Ain’t Nothing Like the Real Thing.” But with the 1971 LP What’s Going On, he delved into much broader topics.

Part of this change can be attributed to a traumatic event. On March 16, 1970, just months after collapsing in Gaye’s arms, Tammi Terrell, the singer’s longtime collaborator, died as the result of a brain tumor. Her death sent shock waves through the deeply spiritual Gaye, who refused to tour for several years afterward.

The singer initially retreated from the limelight to focus on his own introspection. When he emerged, he did so with some of the deepest songs of his vaunted career. What’s Going On saw the Gaye tackling race relations, the Vietnam War, drug abuse and, in the case of “Mercy Mercy Me,” environmental justice.

“I began to reevaluate my whole concept of what I wanted my music to say,” Gaye explained to Rolling Stone. “I realized that I had to put my own fantasies behind me if I wanted to write songs that would reach the souls of people. I wanted them to take a look at what was happening in the world.”

Global warming and pollution, topics commonplace today, were not being discussed in 1971. Such issues were occasionally brought up in rock or folk songs – such as Joni Mitchell’s “Big Yellow Taxi” (1970) or the Beach Boys “Don’t Go Near the Water” – but were extremely rare in R&B music. Still, society was slowly becoming more aware of the damage it was doing to nature, as evidenced by the creation of Earth Day in 1970.

Gaye looked at the world, specifically the prevalence of industrialization and corporate greed, and saw a population that had lost its way. From the singer’s perspective, the quest for the almighty dollar had torn followers away from Jesus. “His hope is a beacon of light, and with him there is no fear, no death,” the singer is quoted as saying in the book Divided Soul: The Life of Marvin Gaye. “When we don’t follow his example and turn to exploitation and greed, we destroy ourselves. That’s what ‘Mercy Mercy Me’ is about.”

The song’s lyrics talked of poison wind, radiation, dying animals and “oil wasted on the oceans and upon our seas.” The words were a far cry from the standard Motown tune. Label head Berry Gordy was opposed to What’s Going On, deeming a political album “going too far.” He was forced to eat his words when the titled track hit No. 2 on the Billboard Hot 100 chart, on its way to selling more than 2 million copies.

The LP’s second single, officially titled “Mercy Mercy Me (The Ecology),” was released on June 10, 1971. It peaked at No. 4 on the chart, while also selling more than a million copies. The track went on to become one of the most recognizable in Gaye’s catalog, later earning induction into the Grammy Hall of Fame. The song has since been covered by myriad artists, including Robert Palmer, the Strokes and Boyz II Men.