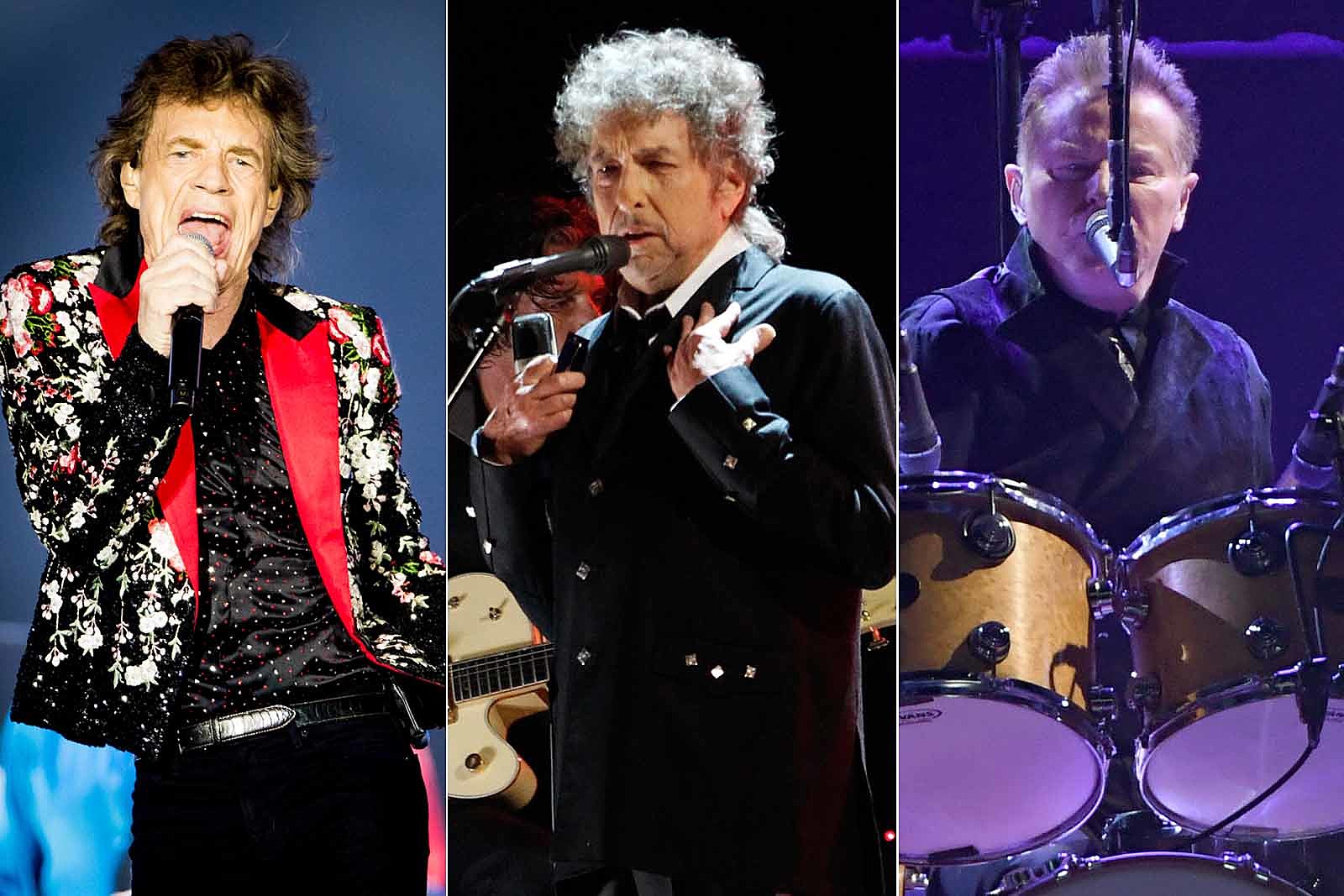 The famously press-shy Bob Dylan has given his first interview in more than three years now that a new album, Rough and Ready Ways, is coming out next week.

The conversation with Douglas Brinkley published in The New York Times is actually excerpts from two chats he had with Dylan — the first in April and a second from a couple weeks ago — that discussed the new material. Because the first two preview tracks, “Murder Most Foul” and “I Contain Multitudes,” mention Eagles and the Rolling Stones, Brinkley asked Dylan about his favorite songs by those artists.

“Maybe ‘Angie,’ ‘Ventilator Blues’ and what else?” Dylan replied regarding Stones songs. “Oh yeah, ‘Wild Horses.'” For Eagles, he cited “New Kid in Town” and “Life in the Fast Lane” as favorites, adding that Joe Walsh‘s “Pretty Maids All in a Row” “could be one of the best songs ever.”

Unveiled back in March, Dylan’s 17-minute “Murder Most Foul” uses the assassination of President John F. Kennedy as an opportunity to explore 60 years of history and popular culture. “I Contain Multitudes,” on the other hand, looks inward. Dylan revealed that it wasn’t difficult to balance the lighter early verses with what Brinkley called the “take-no-prisoners stoicism” of the last two.

“It’s the kind of thing where you pile up stream-of-consciousness verses and then leave it alone and come pull things out,” Dylan said. “In that particular song, the last few verses came first. So that’s where the song was going all along. Obviously, the catalyst for the song is the title line. It’s one of those where you write it on instinct. Kind of in a trance state. Most of my recent songs are like that. The lyrics are the real thing, tangible, they’re not metaphors. The songs seem to know themselves and they know that I can sing them, vocally and rhythmically. They kind of write themselves and count on me to sing them.”