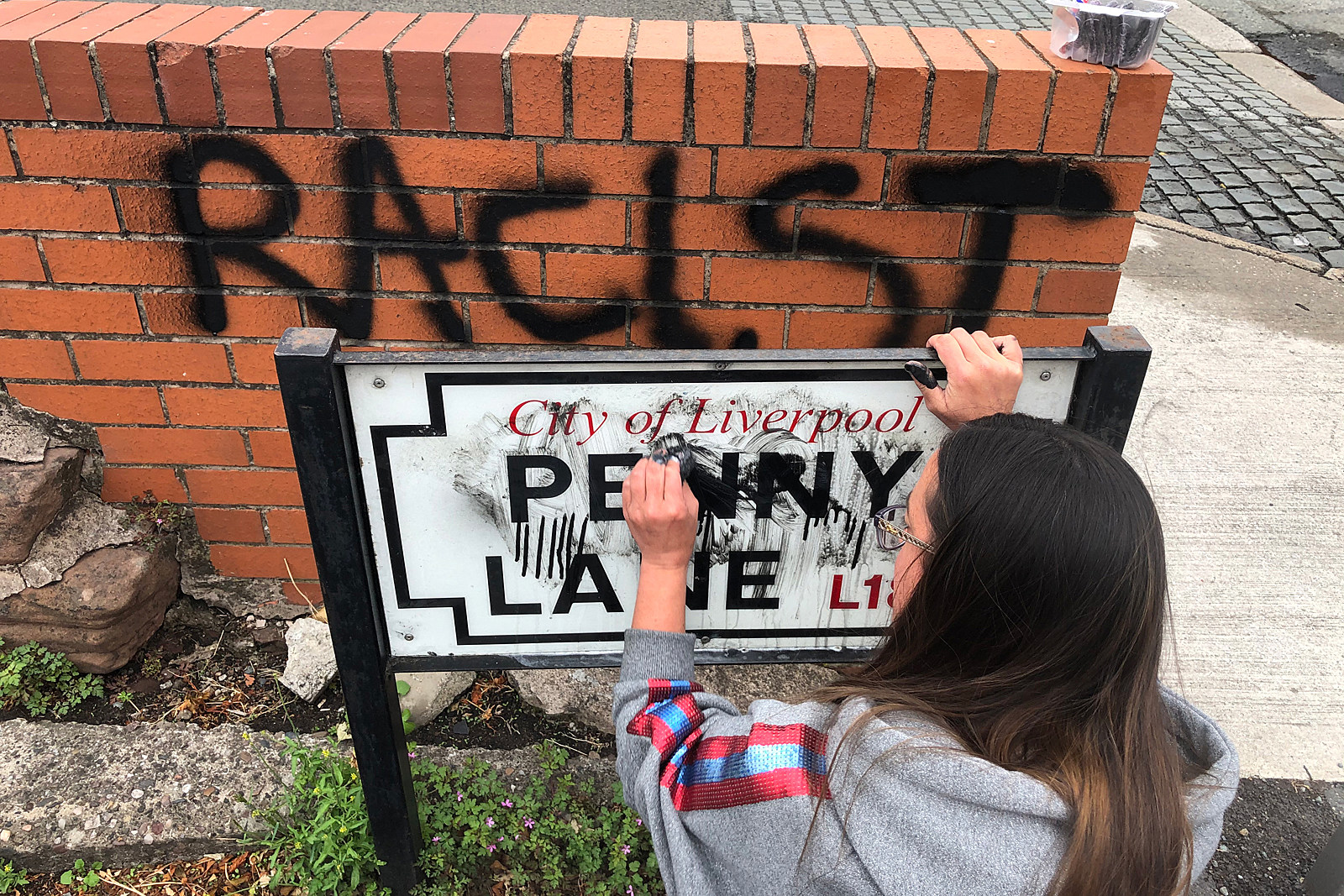 The city of Liverpool is looking at the history of Penny Lane to determine if the street, memorialized in a Beatles song of the same name, is named after a notorious slave trader.

The idea surfaced after statues and other objects commemorating the lives of those who perpetuated slavery and institutional racism are being rethought in the wake of Black Lives Matter protests taking place around the globe.

Several street signs marking Penny Lane, usually a place where Beatles fans leave their name, were defaced recently, with the word “Penny” crossed out and “Racist” written above it. Some people believe the street is named after James Penny, an 18th century slave trader.

“If it is as a direct consequence of that road being called Penny Lane because of James Penny, then that needs to be investigated,” Steve Rotherham, Liverpool’s metro mayor said on Sky News (via NME). “Something needs to happen, and I would say that sign and that road may well be in danger of being renamed.”

However, the origins of the street’s name are not known. A spokesperson for the International Slavery Museum, which sits on Liverpool’s Albert Dock, said evidence is “not conclusive” as to whether the street is named after Penny. Rotherham added that he’s “done a bit of reading on this” and believes that it may have to do with the cost of a toll needed to cross the road.

“It’s for other people to decide whether they think it’s appropriate that road sign is taken down, if indeed there is any link to either slavery or other incidences,” Rotherham noted. “I’m not pretending or I wouldn’t presume to tell people in communities in the Liverpool city region what they should be thinking. It needs to be investigated and then, if it’s found as a direct link then action can be taken.”

The International Slavery Museum was established in 2007 on the 200th anniversary of the abolition of the slave trade in England. It explores the significant role the port city of Liverpool played in transporting an estimated 1.5 million enslaved Africans to the Caribbean and the Americas so that future generations can understand the impact of slavery over the years.