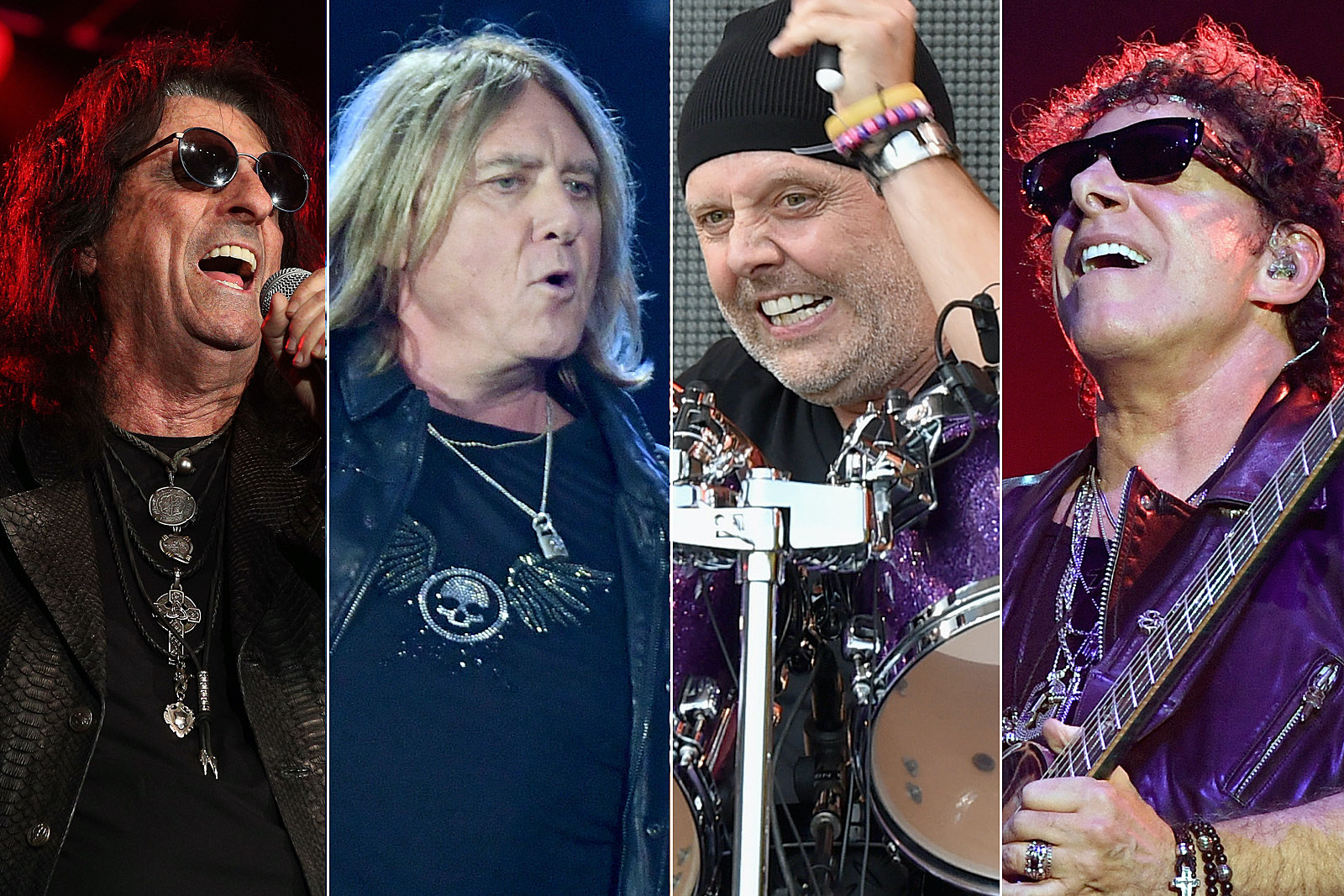 It’s not all bad news: Weeks of coronavirus-related lockdowns might lead to a boomlet of new music, as a number of classic-rock acts find different ways to connect.

“We’re sort of in discovery mode, I think is a good way to say it,” Metallica drummer Lars Ulrich told Fredrik Skavlan. “We are sending ideas to each other via e-mail and via Zoom and [trying to] make music in these unusual situations.”

They’re not alone. A newly reformed Journey are also in the studio. Dave Mustaine said Megadeth have recorded a whopping 18 songs for a forthcoming album. Nine Inch Nails‘ Trent Reznor, fresh off releasing Ghosts V: Together and Ghosts VI: Locusts, is also in the midst of a “deep dive” into original material.

“It’s really strange for me to have this much time off, but I’m writing a lot of songs,” Alice Cooper told Finland’s Kaaos TV. “I’m writing songs for the Hollywood Vampires and for the Alice Cooper band. I think when you have this much time off, at least you [can] do that. By the time everything goes back to normal, you’ve got 20 or 30 songs to take to the band and say ‘Let’s work on these.'”

Cooper joined acts like the Rolling Stones and Sammy Hagar‘s the Circle in releasing stand-alone quarantine-era singles – giving fans an early taste of what might be in store. “The Circle will be doing more of this,” Hagar confirmed via Instagram. “It’s too much fun!”

Listen to the Rolling Stones’ ‘Living in a Ghost Town’

Def Leppard were already mulling over some fresh song ideas, but singer Joe Elliott said downtime could give them space to flesh things out.

“The one thing about this band is it never stops working, even when we’re not visible,” Elliott told the Express. “We are always doing something, we’re always writing, we keep in touch with each other regarding putting new ideas together. It is very possible that something may occur during this lockdown. We’ve got nothing concrete; we’ll just have to see how it goes.”

For others, there might be not one but multiple albums’ worth of COVID-19-sparked songs.

“I got it in my head that I wanted to create two separate records in the next few months,” Joe Satriani told Australia Musician. “One would be another instrumental album, and another would be a vocal-oriented record, but they would be centered around my live band.”

Creating remotely remains a work in progress, but time spent off the road has sparked something creatively.

“So far, at least the sonic side of it and the practical elements are in surprisingly good shape, actually,” Ulrich noted. “So, now we’ve just gotta figure out how much we can create without being in the same space.”