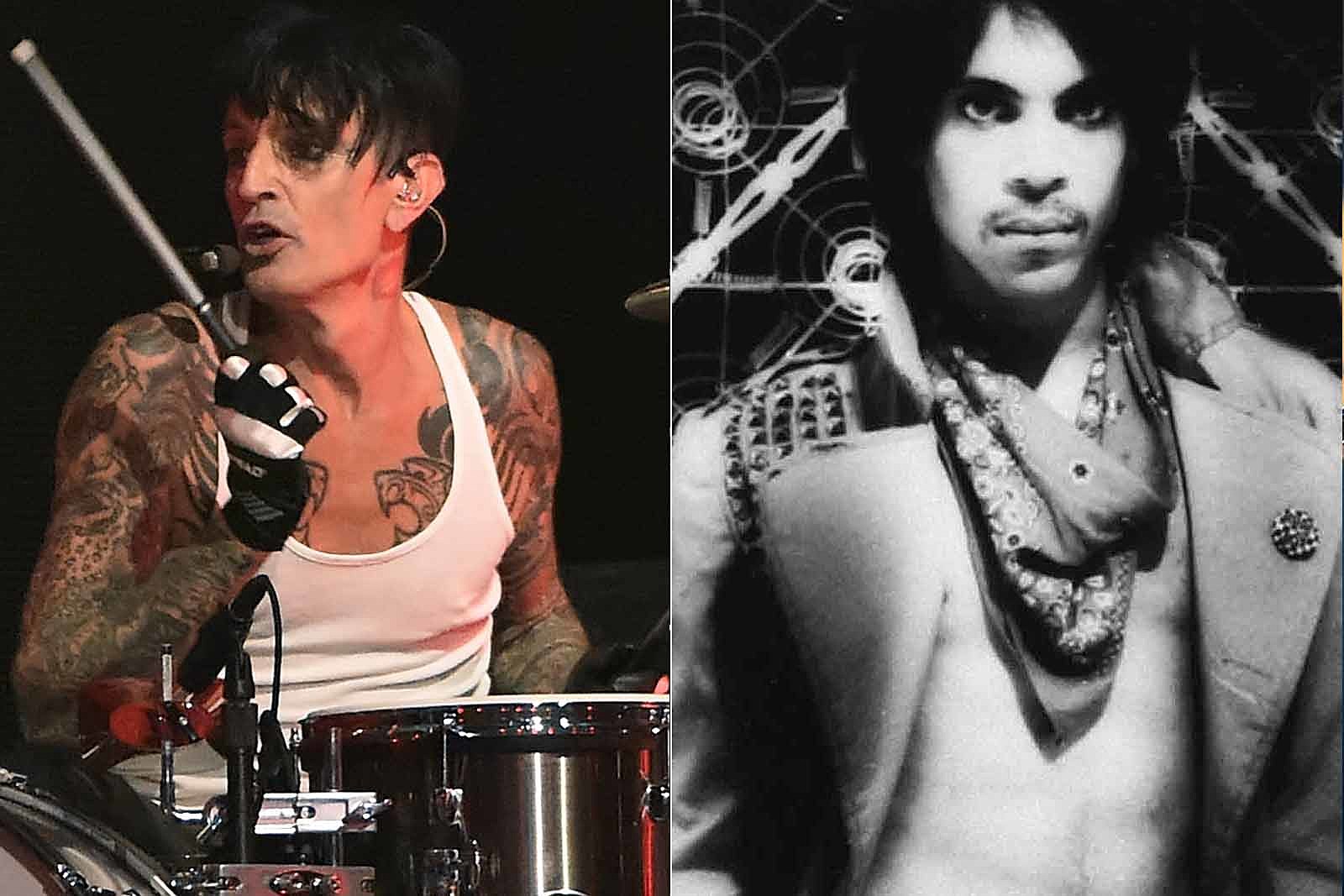 Tommy Lee‘s upcoming album Andro has a cover of Prince‘s “When You Were Mine,” which features vocals by Lukas Rossi.

Speaking about the album to Australia’s Studio 10, the Motley Crue drummer spoke of his love or Prince. “I, forever, have been a Prince fan; I’ve had the opportunity to meet him. I’ve been a fan of his forever, and this was a really cool opportunity, with my buddy Lukas Rossi to redo a Prince song. But I took a really kind of a happy, boppy — I mean, the tempo of ‘When You Were Mine’ is really fast, really uptempo. We slowed it down and made it super dark and sexy, and it is a monster. I can’t wait for you guys to hear that one.”

Lee and Rossi met on Rock Star: Supernova, the reality competition series that aired in 2006, with Lee, former Metallica bassist Jason Newsted and former Guns N’ Roses guitarist Gilby Clarke searching for a lead singer. Rossi was crowned the winner, and they released an album later that year.

Arriving Oct. 16, Andro will be Lee’s first proper solo release since 2005’s Tommyland: The Ride, with subsequent projects coming from through his rap-rock outfit Methods of Mayhem and duo effort with its DJ, Aero. To date, Lee has issued two preview tracks from Andro, “Knock Me Down” and “Tops.”

Originally released in 1980 on Prince’s third album Dirty Mind, “When You Were Mine” received further exposure when Cyndi Lauper covered it on her 1983 debut, She’s So Unusual. It was the sixth single from the record, which sold six million copies, but did not chart in the U.S.