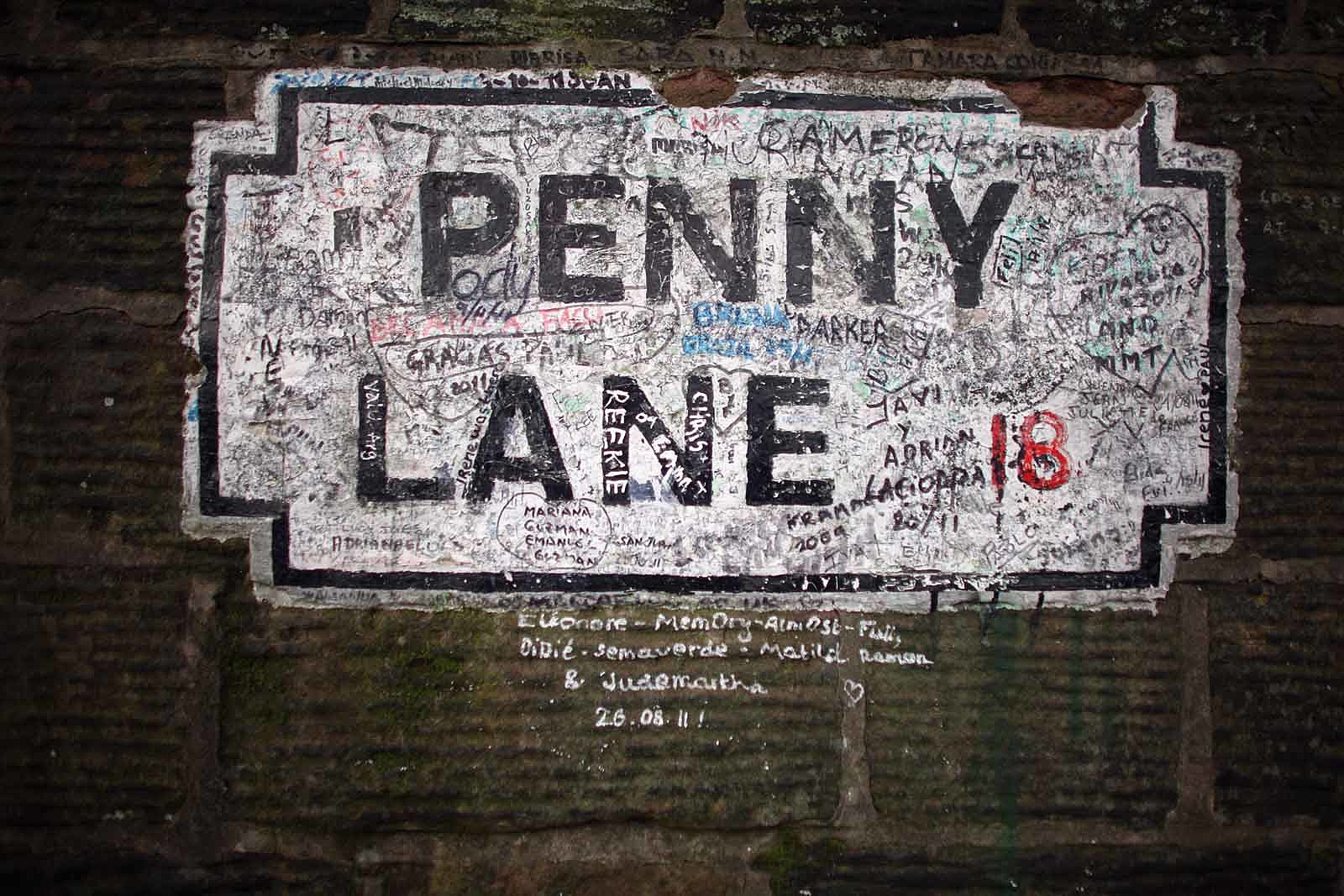 The International Slavery Museum in Liverpool has concluded there’s no connection between Penny Lane, the street made famous in a Beatles song, and James Penny, a slave trader from the area.

The origin of Penny Lane’s name came into question after a press officer for the museum at Liverpool’s Albert Dock suggested the street was in honor of Penny. The roadway is among several in the city mentioned in an exhibit about streets named after slave traders. A new statement now retracts the museum’s suspicions about the name.

“After speaking with Liverpool slavery historian Laurence Westgaph, Tony Tibbles, our Emeritus Keeper of Slavery History (also former Director of Merseyside Maritime Museum) and historian and blogger Glen Huntley, we have concluded that the comprehensive research available to us now demonstrates that there is no historical evidence linking Penny Lane to James Penny,” reads the statement. “We are therefore extending our original review and setting up a participative project to renew our interactive display.”

However, it is known that Liverpool’s Arrad Street is named in recognition of Penny’s birthplace in Ulverston in England’s Cumbria region.

According to Ralph MacDonald, a local historian and tour guide, Penny Lane first appeared on a map in the 1840s as Pennies Lane, nearly half a century after Penny’s death in 1799. Prior to that, it was an unnamed road far beyond the center of Liverpool, which is one of the reasons MacDonald had doubts about its connection to Penny.

“Penny Lane about that time would have been a fairly rural country lane,” he told Rolling Stone. “So that struck me. It would be very off that a lane in the middle of the country would be named after somebody in the same way that prestigious streets in the town center would.”

As part of the recent Black Lives Matter protests, street signs for Penny Lane were defaced, using black paint to erase the word “Penny” and put “Racist” above the sign. Shortly after that, Liverpool’s metro mayor, Steve Rotherham, said the historical significance of Penny Lane should be further investigated.

MacDonald said he and a group of historians “have been working on this since about 2010 together — if not slightly earlier individually. It’s been an academic debate, really. So it’s a bit of a surprise to us all, to be honest. We’re sort of taken aback. We’re not used to this larger media interest in the names of streets going back to this, you know, 17 and 1800s — it’s not the usual thing that makes the news.”

He also said his research hasn’t been able to unearth a precise reason for the Penny Lane name.