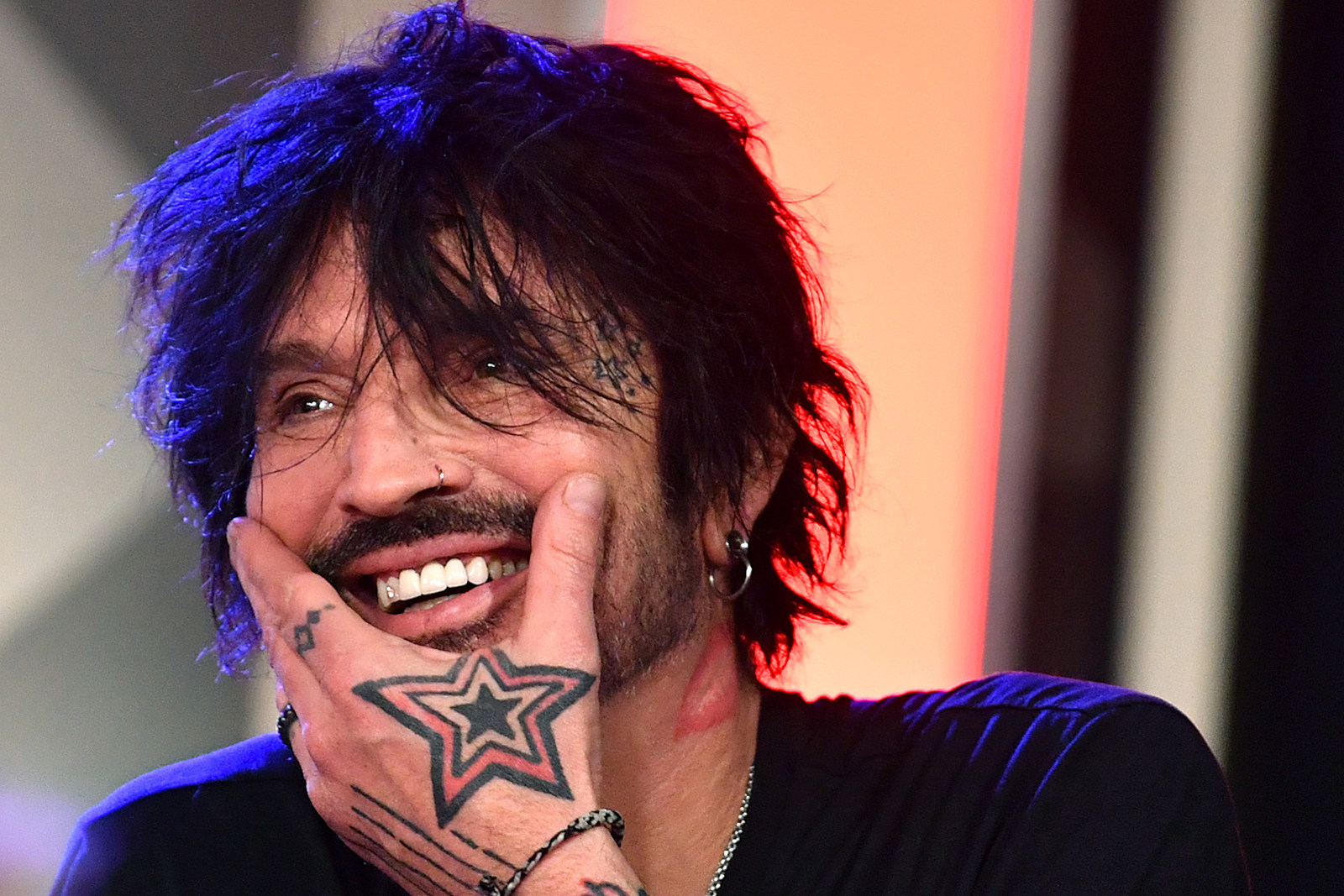 In the larger of the pieces, two Japanese characters adorn Lee’s right cheek. The other tattoo addition appears on the left side of the rocker’s face, around his temple. Lee already had some stars inked in that location, but has now added smaller stars, fading dots above his eyebrow and a bass and treble clef intertwined to make a heart.

Lee’s new artwork has already won the praise of many of his celebrity friends. Rob Zombie guitarist John 5 said the tattoos looked “So cool. I love it,” while model Paris Jackson (daughter of Michael) wrote, “I got the same treble clef heart tattoo on my neck. Twinning.” Meanwhile, Crue bandmate Nikki Sixx commented “Looks awesome. I need a tune up with some of my ink too. Great.”

Many of Lee’s Instagram fans theorized that the drummer’s newest face tattoos could be the result of spending time with Post Malone. The two collaborated on the song “Over Now,” featured on the hip-hop artist’s 2018 album Beerbongs & Bentleys. More recently, Malone, who is infamous for his face tattoos, released a new track alongside rapper Tyla Yaweh called “Tommy Lee.” The Motley Crue drummer has reportedly contributed to a remix of that namesake tune, which is due out soon.

Body art aside, Lee has been extremely busy of late. The drummer recently released two new solo songs: “Knock Me Down,” featuring the band Killvein, and “Tops,” featuring South African rapper Push Push. Both tracks will appear on Andro, Lee’s solo LP due out in October. The album will also feature a “dark and sexy” cover of Prince‘s “When You Were Mine.”

10 Ways ‘Back to the Future’ Could Have Been Different

Listen to David Gilmour’s New Song, ‘Yes, I Have Ghosts’