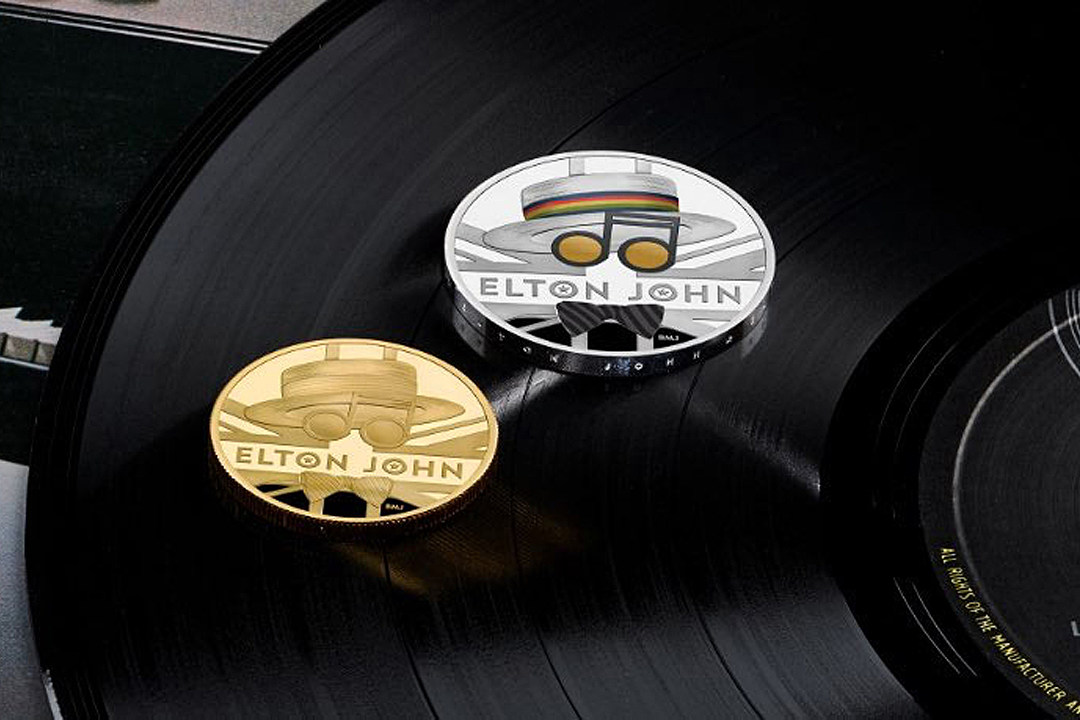 Elton John has become the latest British legend to be commemorated on an official U.K. coin.

“It really is a fabulous honor to be recognized in this way,” John said on Facebook. “The last few years have contained some of the most memorable moments of my career, and this is another truly humbling milestone on my journey.”

The coin’s design, by Bradley Morgan Johnson, is based on the straw-hat-and-bow-tie look John sported on the cover of his 1974 Greatest Hits LP. The coin includes sunglasses made up as a pair of musical notes, while a Union Jack can be seen behind him. The £5 coin comes in one of four commemorate slipcases, three of which are limited to 15,000 copies. Other limited-edition silver and gold pieces, housed in special cases, are also available. You can take a look at them below and read more about them at the Royal Mint’s website.

“Elton’s British musical legacy, along with the theme of the [Music Legends] coin series, were the main reasons for graphically representing the British flag,” Morgan said.

John’s Facebook post noted they’re in the process of creating a one-of-a-kind collector’s piece that will go on sale at an auction later this year. The beneficiary will be the Elton John Charitable Trust.

“Elton John is without a doubt a British music legend and is recognized as one of the most successful singer-songwriters of his generation,” Clare Maclennan, Divisional Director of Commemorative Coin and the Royal Mint Experience, added. “We are delighted to honor Elton’s significant contribution to British music on a U.K. coin.”

Earlier this year, the Royal Mint opened their Music Legends series with Queen, with similar variations and prices.