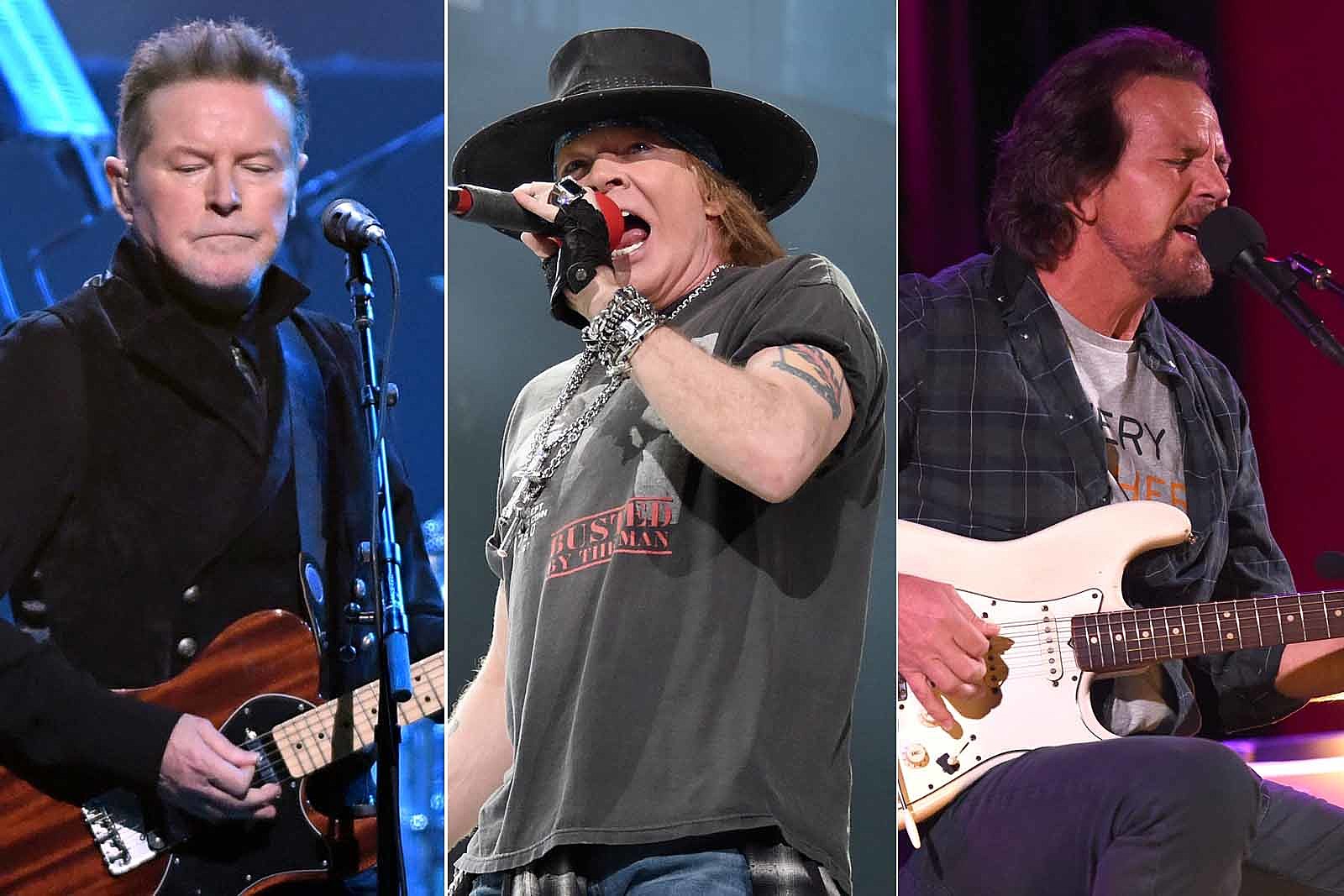 Through the Paycheck Protection Program (PPP) created by the U.S. government in response to the COVID-19 pandemic, some major rock acts, including the Eagles, Guns N’ Roses and Pearl Jam, are the recipients of loans to help their tour crew members.

The news comes via Rolling Stone, who went through data released yesterday (July 6) by the Treasury Department and the Small Business Administration. They found more than 40 acts across the musical spectrum, including Cheap Trick, Weezer, Green Day and Tool, who received between $150,000 and $350,000. The article notes that the Eagles and Pearl Jam were at among those who were loaned between $350,000 and $1 million.

But Rolling Stone stresses that the loans weren’t granted to the artists, but rather their touring companies, adding that the Eagles’ money, according to the data, will help 50 people through this difficult time. The band had been in the midst of a tour where they were playing their landmark album Hotel California in its entirety, with an orchestra, when the lockdown forced them off the road with 12 shows in six cities remaining. The dates had originally been rescheduled for this fall, but they have since been pushed back even further, until the fall of 2021.

The PPP was created as part of the $2.2 trillion Coronavirus Aid, Relief, and Economic Security (CARES) Act, passed in March, to help those who have been economically affected by the pandemic. The Small Business Administration released the information, which showed that 660,000 were loaned at least $150,000, following pressure from the media to disclose the recipients.