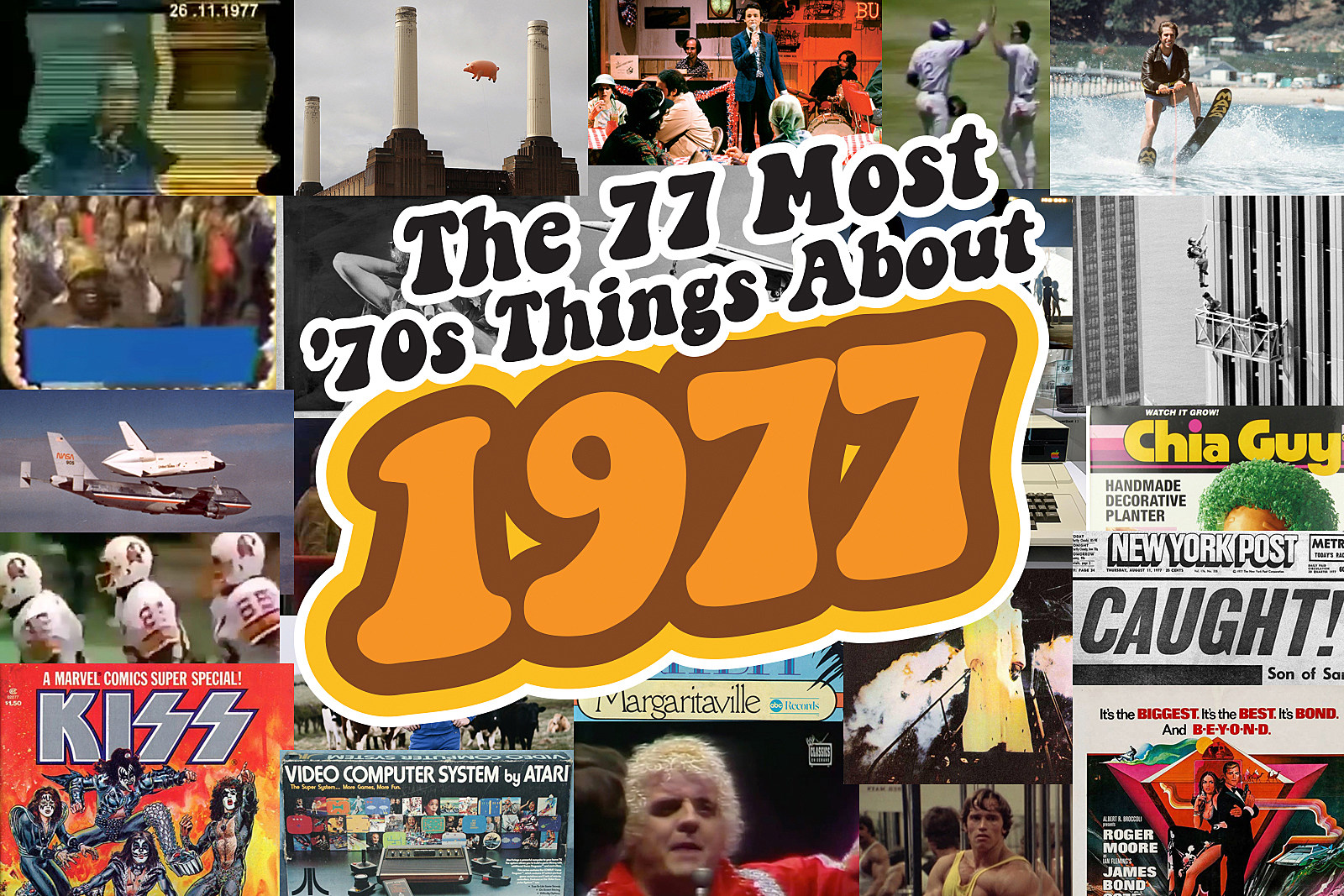 The year 1977 was a distinctive and exciting time in American culture, a period that brought us some of the most influential records, movies and cultural events of the decade.

The below list of the 77 Most ’70s Things About 1977 chronicles the most important and memorable moments from this wild and crazy year – including the release of one of the best-selling rock albums of all time, the birth of the most famous science-fiction franchise in history and the dawn of home video gaming.

It was also the year Fleetwood Mac turned the entangled soap opera of their personal lives into Rumours, the best-selling rock album of the decade. The year also brought us the first movie from George Lucas’ Star Wars saga and Saturday Night Fever, which carried disco into the mainstream.

When people weren’t out dancing on lighted floors in white suits or watching the adventures of Luke Skywalker on the big screen, they were probably at home playing Combat or Street Racer on their new Atari 2600s or watching John Belushi, Dan Aykroyd and new castmate Bill Murray break new ground on late-night TV with the second season of Saturday Night Live.

Even without Star Wars and the more grounded fantasy of Steven Spielberg’s Close Encounters of the Third Kind, outer space was a hot topic in 1977. The twin Voyager probes were launched to explore the cosmos, the Space Shuttle successfully completed its first test glide and residents of Earth received not one but two different mysterious transmissions from space.

The first signs of major cultural shifts that would more fully bloom in the ’80s were also starting to turn up. Punk and New Wave pioneers the Clash, Sex Pistols and Talking Heads released their first albums in 1977. And affordable computers began to make their way into homes as well, thanks to the introduction of the Apple II and the Commodore Pet.

There was a whole lot of ’70s stuff going on in 1977, and we didn’t even mention falling tube tops or the invention of the high-five yet. We break it all down in the gallery below.