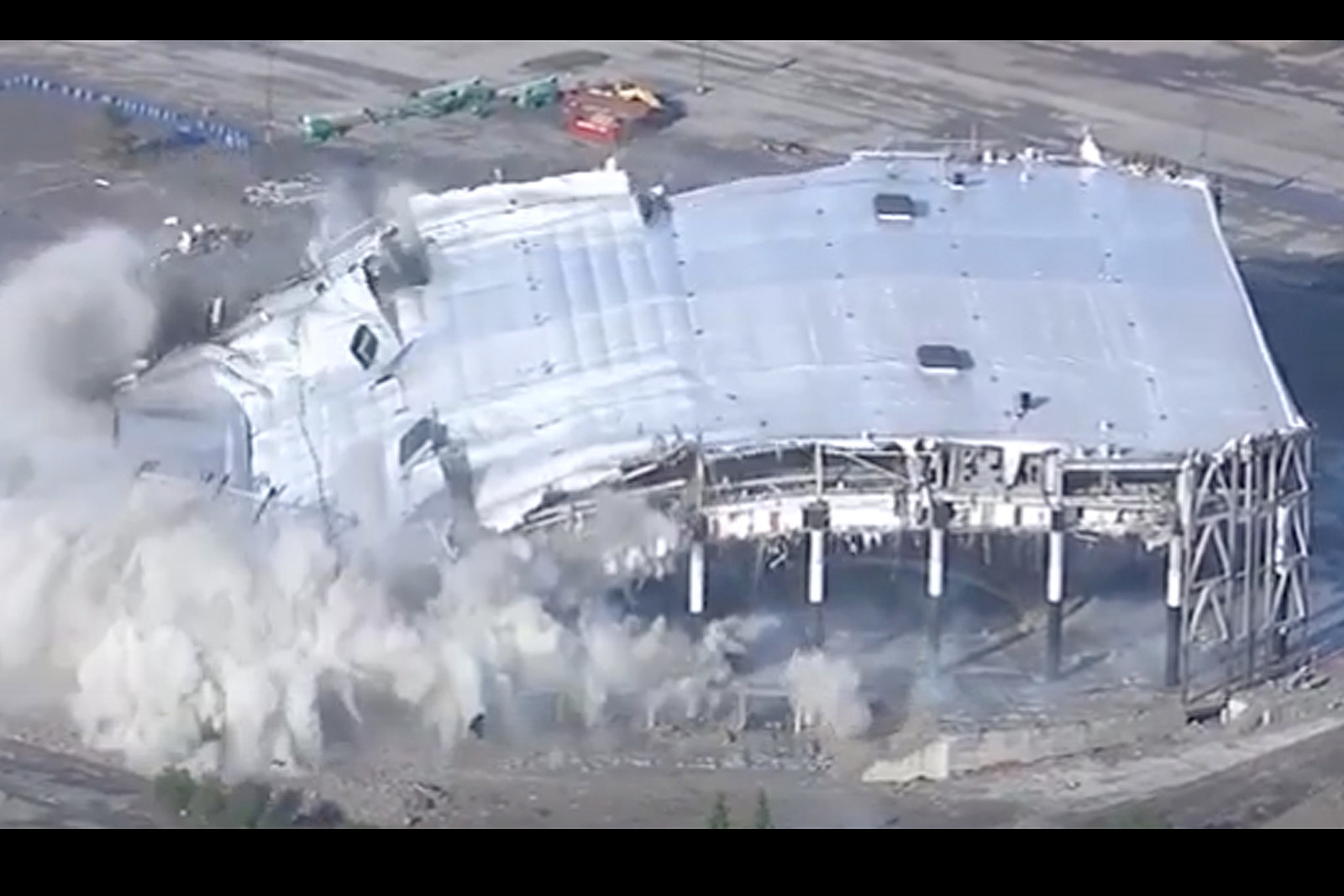 The demolition of a famous Detroit-area sports and concert venue was completed this morning with the implosion of the Palace of Auburn Hills.

You can watch video of the building’s final moments below.

On Aug. 13, 1988 Sting, on tour in support of his second solo album …Nothing Like the Sun, became the first artist to play at the Palace. The 23,000 capacity arena went on to host shows by many of rock’s most famous acts, including multiple-night stands from Pink Floyd, Aerosmith and Bon Jovi.

Van Halen played at the Palace four times each on tours in support of their For Unlawful Carnal Knowledge and Balance albums. Kiss included their Oct. 14, 1990 show at the venue on the Hot in the Shade tour in their Kissology Volume Two: 1978-1991 home video.

Watch the Implosion of the Palace of Auburn Hills

On March 31, 1995 a deranged former Led Zeppelin fan unsuccessfully tried to reach the stage and stab Jimmy Page during the Palace stop on Page and Robert Plant‘s No Quarter tour. The Cure‘s live album Show was recorded during the band’s July 1992 two-night stand at the venue, as was Madonna‘s 2001 Drowned World Tour HBO special and live DVD.

The NBA’s Detroit Pistons won three championships during the three decades they called the Palace their home. It was also the site of the infamous Nov. 19, 2004 “Malice at the Palace” fight between players and spectators.

Watch Kiss Perform at the Palace of Auburn Hills in 1990

The team moved to the Little Caesers Arena in downtown Detroit at the start of the 2017 season, and Bob Seger performed the last concert at the Palace on Sept. 23, 2017. “What a great building this has been,” he said near the end of the show. “A lot of great shows. Thanks for everything, Palace. We love ya!”

After Seger performed a live version of “Rock and Roll Never Forgets” to end the concert, a pre-taped version of his song “The Famous Final Scene” was aired from the empty stage, accompanied by video footage of various famous music and sporting moments from the venue’s history.