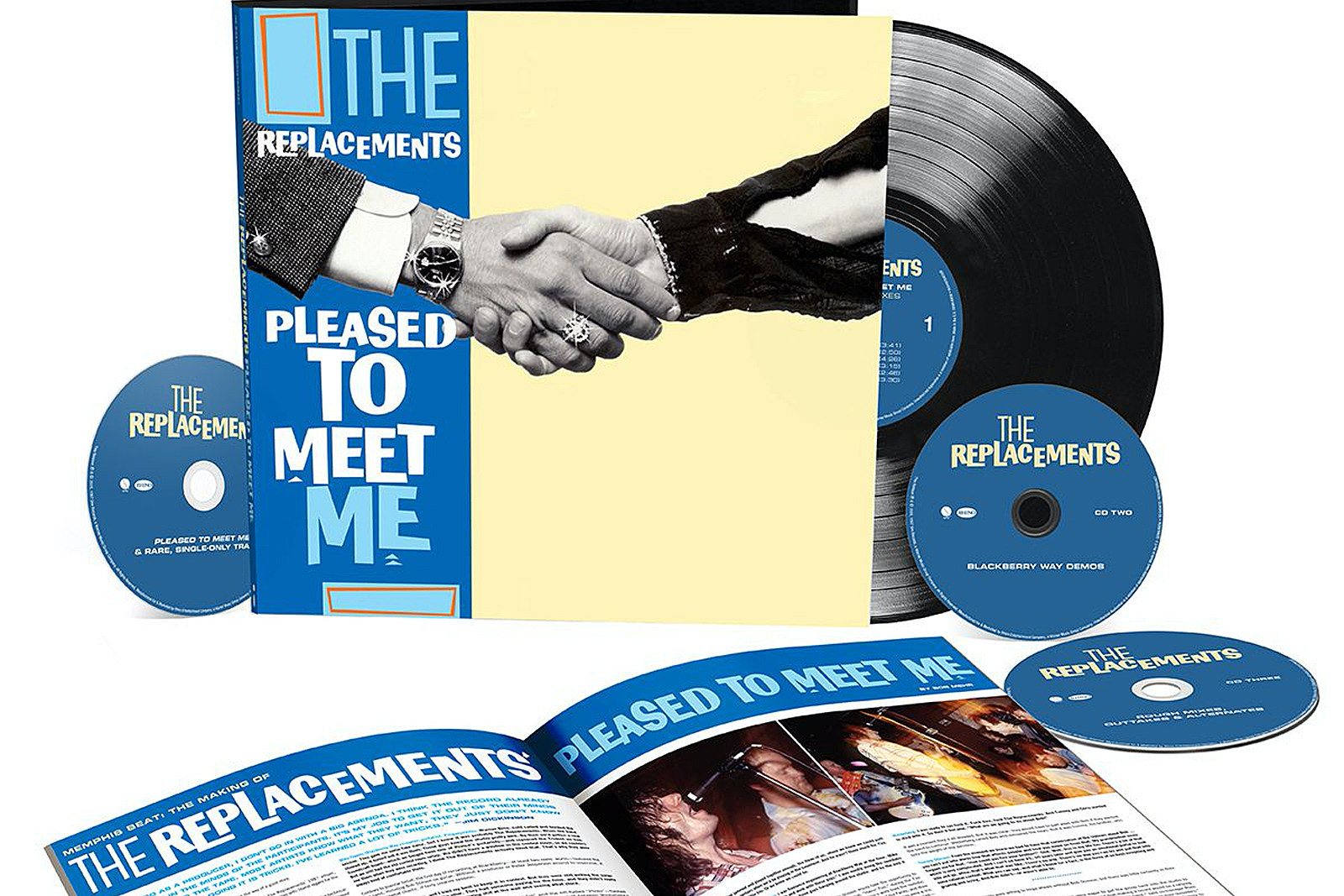 The Replacements are releasing a box set devoted to their 1987 album Pleased to Meet Me.

In addition to a remastered version of the original album, the three-CD/one-LP collection features 29 previously unreleased tracks, including 15 demos the band recorded at Minneapolis’ Blackberry Way Studios. Seven of those tracks turned out to be their last sessions with founding guitarist Bob Stinson. The band ended up recording the album as a trio at Ardent Studios in Memphis.

The Deluxe Edition of the set, which arrives on Oct. 9, will also include 13 rough mixes, a remix of “Can’t Hardly Wait” by Jimmy Iovine, B-sides, outtakes and alternate versions. Some of the outtakes were previously released on 1997’s All for Nothing/Nothing for All compilation and as bonus tracks on a 2008 reissue.

You can watch a trailer for the album and see the track listing below.

As with last year’s Don’t Tell a Soul box set, Pleased to Meet Me: Deluxe Edition was co-produced by Bob Mehr, who wrote the acclaimed biography Trouble Boys: The True Story of the Replacements, and features a newly penned essay about the era. The set features a 12×12 book that includes rare photos of the band.

You can hear six of the rough mixes online now; the set is available for pre-order at Rhino’s online store. Merchandise bundles include a T-shirt, bumper sticker, tote bag, iron-on patch, place mat and a cassette of an interview with frontman Paul Westerberg, parts of which were edited for a promotional LP that was sent to radio.