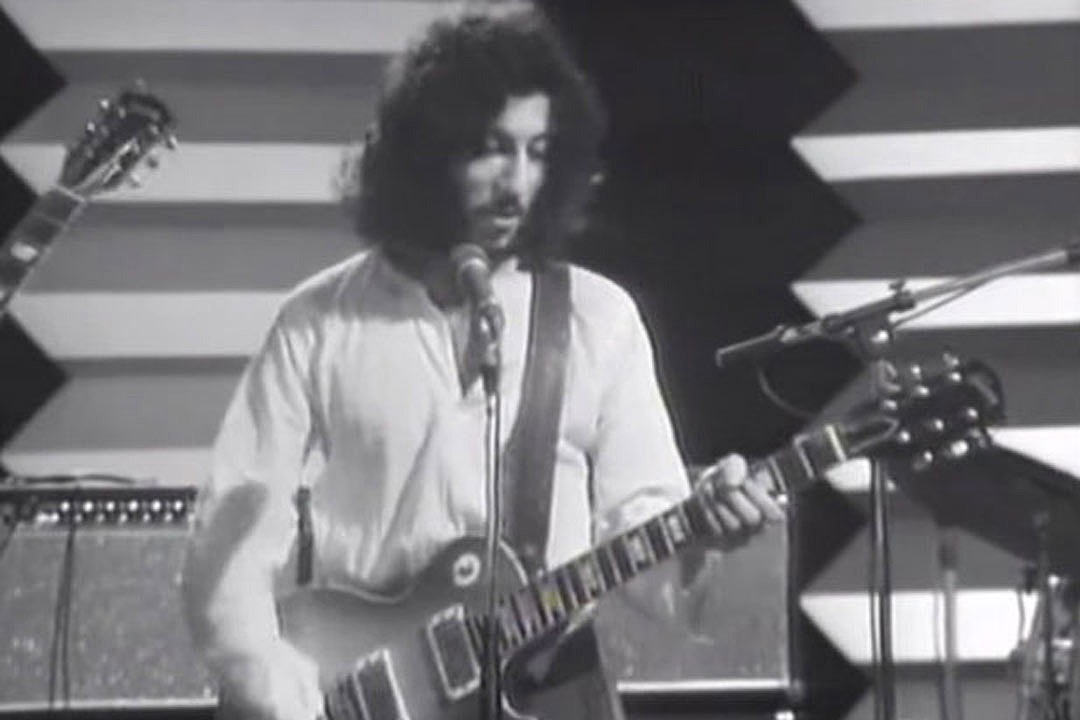 Peter Green, the blues guitar genius who co-founded Fleetwood Mac, has died at the age of 73.

The BBC printed a statement that read, “It is with great sadness that the family of Peter Green announce his death this weekend, peacefully in his sleep. A further statement will be provided in the coming days.”

No further details were given.

Born Peter Allen Greenbaum in London on Oct. 29, 1946, Green was earning money as a guitarist in a rock n’ roll band by the time he was 15. He gravitated towards the blues, earning himself enough of a reputation that, in 1966, he was recruited to replace Eric Clapton in John Mayall’s Bluesbreakers, whose bass player was John McVie. Mick Fleetwood, with whom he had played in a previous band, would soon become their drummer.

Green’s tenure in the Bluesbreakers lasted a year, appearing on 1967’s A Hard Road, before deciding to form a band of his own. He took Fleetwood and slide guitarist named Jeremy Spencer and named the group after a Green-penned instrumental they recorded while in Mayall’s employ, “Fleetwood Mac,” in the hopes of enticing McVie to join them. The bassist didn’t want to risk the new venture, so they picked up Bob Brunning and made their debut on Aug. 13, 1967. Shortly thereafter, McVie made the switch.

Fleetwood Mac’s 1968 debut made a splash in Britain, and Green was soon heralded as the latest, and possibly best, blues guitarist in the country thanks to singles like “Albatross,” “Oh Well” and “Black Magic Woman,” which would soon be recorded by Santana.  But during a 1970 European tour, the combination of drugs and growing issues with his mental health took its toll, and he left the band in May 1970. His first solo effort, The End of the Game, arrived in late 1970.

Green continued his emotional decline and he had several spells in psychiatric hospitals and underwent electro-shock therapy. In January 1977, after his former group became global stars, he pulled a shotgun on his accountant because he didn’t want the royalty checks that he was accruing due to new interest in Fleetwood Mac’s back catalog. He was arrested and subsequently institutionalized, where he was diagnosed with schizophrenia.

“The concert is a celebration of those early blues days where we all began,” Fleetwood said. “And it’s important to recognize the profound impact Peter and the early Fleetwood Mac had on the world of music. Peter was my greatest mentor and it gives me such joy to pay tribute to his incredible talent. I am honored to be sharing the stage with some of the many artists Peter has inspired over the years and who share my great respect for this remarkable musician.”