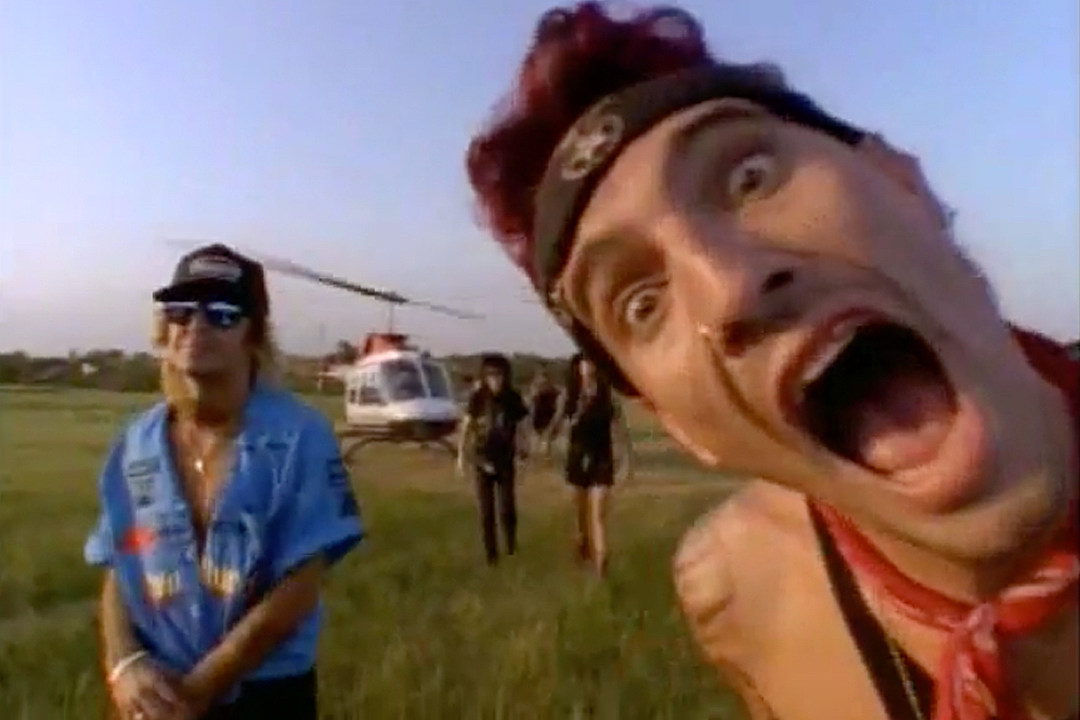 By August 1990, Dr. Feelgood had been on record-store shelves for 11 months, but Motley Crue weren’t ready to move on yet. So they released a fifth and final single from the blockbuster album: “Same Ol’ Situation (S.O.S.).”

“The subject plagues men worldwide,” Nikki Sixx added. “I love it because when Elektra heard it, they were like, ‘Oh, this is perfect for a single.’ In a Motley fashion, we were like, ‘Wonderful. We’ll tell you later that it’s about lesbians.’“

The follow-up to “Don’t Go Away Mad ((Just Go Away),” “Same Ol’ Situation” was released just as the band was concluding its 154-date tour in support of Dr. Feelgood. Having all recently gone through rehab, the members of Motley Crue, tor the first time in their career, tried to focus less on the parties and more on the music.

But temptation soon reared its head again. “We were all sneaking alcohol, buying drugs and reverting to our old self-destructive habits,” Tommy Lee wrote in The Dirt. “With the possible exception of Mick [Mars], whose fiancee happened to be on the road with us as a backup singer.”

The amount of time they spent on the road is documented in the video for the song, which begins with the band members emerging from a helicopter as a “thank you” message crawls across the screen: “Between Aug. 7, 1989, and Aug. 6, 1990, Motley Crue has performed live in front of over 2 million fans in 14 countries. This video is dedicated to them — the rock ‘n’ roll fans.”

Once again, they turned to Wayne Isham to direct the clip. He opened up his bag of tricks to get some distinctive perspectives, like putting a camera on a cord that Neil swung around and sticking another one inside a clear beach ball tossed around the audience.

The video also captures a rare Motley Crue concert moment: Neil strapping on a guitar. “Don’t mistake it, I’m not a guitar player by any means,” he told UCR in 2011. “I mean, I can play, but … it’s fun playing [‘Theatre of Pain’], and it’s fun to get to play on ‘Same Ol’ Situation.’ It’s fun for me and it’s fun for the crowd, to see something a little different, that’s all.”

The good times Isham depicted onstage wouldn’t last much longer. After performing as part of the European Monsters of Rock tour in summer 1991, Motley Crue released the Decade of Decadence compilation, which featured three new songs, including a cover of Sex Pistols‘ “Anarchy in the U.K.”

Not too long after that, they parted ways with Neil. But their attempt to carry on with new singer John Corabi didn’t pan out as they had hoped, and their original lead singer was brought back for 1997’s Generation Swine.