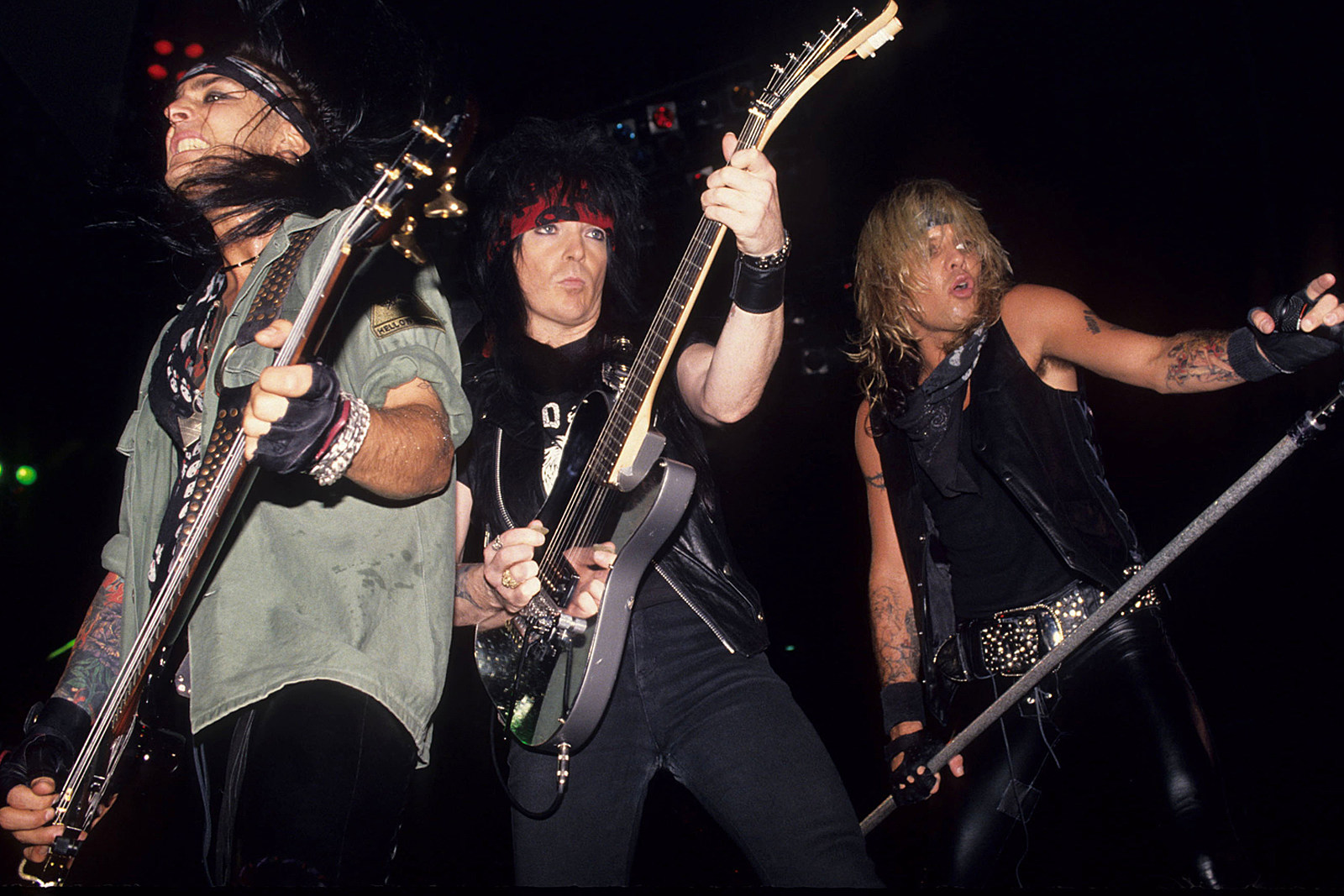 Motley Crue were teetering toward burnout after their grueling Dr. Feelgood tour, a 10-month endeavor that found the newly sober group spiraling back into circus-like excesses. As the shows and commitments piled up, they found themselves trapped in the toxic industry machine — ultimately sending them over the brink and helping catalyze singer Vince Neil‘s eventual exit.

The Dr. Feelgood trek, which promoted their multi-platinum 1989 LP, finally wrapped on Aug. 5, 1990. And as Neil wrote in the band’s 2001 autobiography, The Dirt, they were all still “feeling very good indeed” at that point. “Despite the astronomical expenses associated with our upkeep — something like $325,000 a week, it’s been said — we each walked away with a payday of over $8 million. Not bad for a quartet of high school dropouts.” (You can see the set list from the tour’s final show below.)

But their schedule never lightened up. The band wound up recording three new songs (“Primal Scream,” “Angela” and a cover of Sex Pistols‘ “Anarchy in the U.K.”) for their 1991 greatest compilation, Decade of Decadence 81-91.

As a testament to their massive fame at the time, that record also went multi-platinum — everything they touched in the pre-grunge era turned to gold. And superficially, at least, Motley Crue were living the lives of rock stars in their prime: Bassist Nikki Sixx reportedly had a 16-track recording studio installed in his mansion and a custom-built, vagina-shaped pool built outside.

But the album’s success spawned another tour in August 1991, continuing a relentless record-show cycle. “I put them back in the studio in December 1991, on a two-week-on, two-week-off schedule,” the band’s then-manager Doug Thaler wrote in The Dirt. “But every time I went down to visit, Vince wasn’t there. He’d have left the studio after a few hours, claiming he was too tired to sing. Finally, in February, the band started to get pissed.”

The dam burst that month as the band regrouped to start writing the Dr. Feelgood follow-up. To this day, no one can agree if Neil quit or was fired, but they announced his departure on Feb. 14, 1992.

It was probably only a matter of time until the original lineup collapsed. As drummer Tommy Lee recalled in The Dirt, they were all completely “fried.”

“We had toured nonstop behind Feelgood and Decade of Decadence, and then we were thrown back in the studio without a single break,” he wrote. “I don’t know if it was management or the record label or our own insecurity, but we were being pushed way too hard. Somebody should have just stepped in, realized we were under too much pressure, and given us a month to dry out under the sun in the Bahamas. Vince wasn’t the problem; he was just the scapegoat. But the thing about Motley Crue is that we’re so full-on dragster-fuel-driven that as soon as we saw the green light, we put the pedal to the floor and shot through the gate so fast there was no time to look back. Until it was too late.”