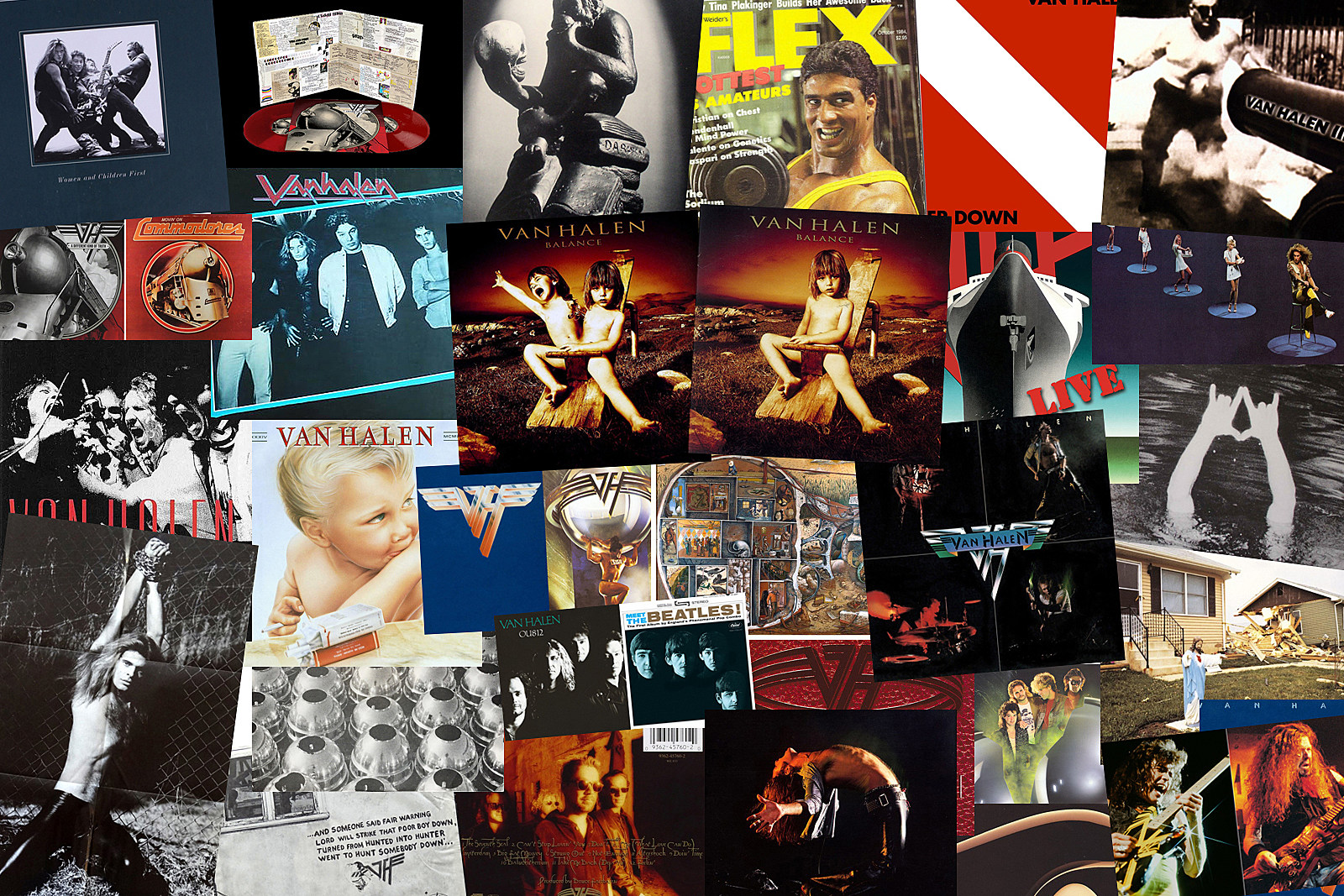 If you want to know about the personal and professional struggles Van Halen were going through at any point in their career, check the album covers for clues. You can learn the stories behind the front, back and inside cover art for the band’s 12 albums and two live collections below.

Even though Van Halen outwardly projected a carefree image of camaraderie for much of their early career, it turned out there was plenty of interpersonal drama going on behind the scenes.

That became apparent as the band switched among singers David Lee Roth, Sammy Hagar and Gary Cherone five different times between 1985 and 2007. These splits frequently resulted in nasty public press battles, with the war of words between Roth and his former bandmates even extending as far as dueling album titles.

The personality and creative conflicts that led to these breakups usually took a while to build to critical levels, and, in retrospect, clues about the band’s internal relations during those stormy eras can be found on the covers for albums like Fair Warning, Diver Down and Balance.

There were simpler, happier times too, when the band’s sense of humor was free to shine without any apparent undertones. One thing you won’t see is smiling faces: The members of Van Halen appeared on the covers of only three of their dozen studio LPs, as you’ll see below as we look at Van Halen Album Art: The Stories Behind 14 Different Covers.