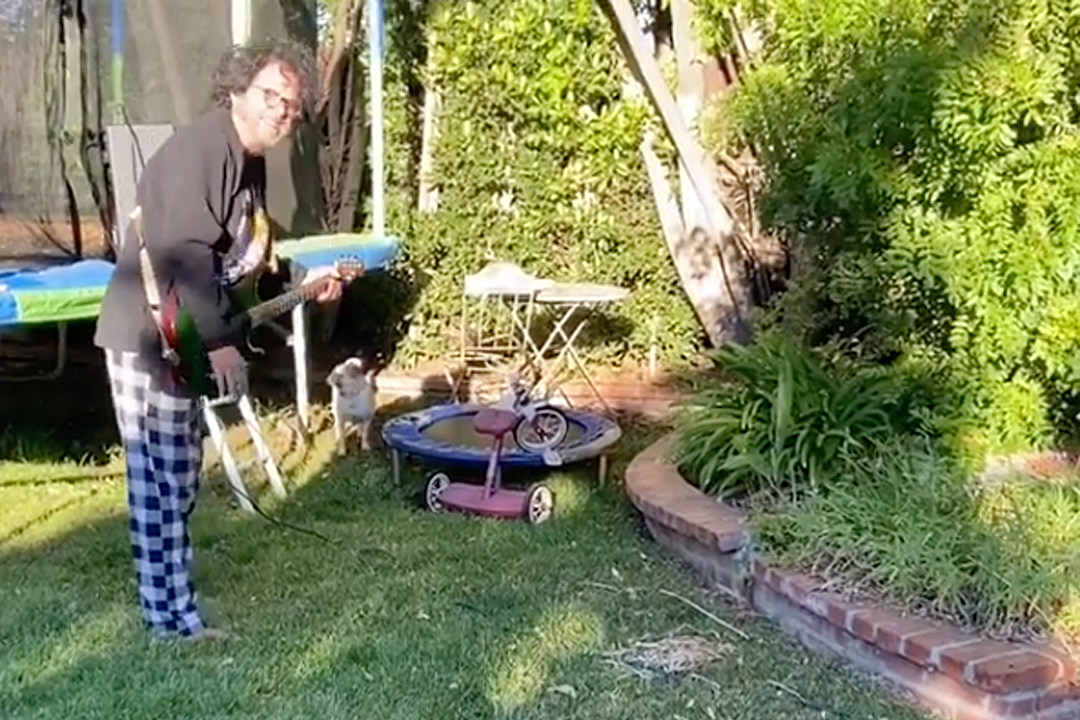 Ever get woken by your neighbor’s leaf blower way too early in the morning and wished there was a way to get revenge? Steve Lukather has the musical equipment to fight back, as he demonstrated in a new Instagram video.

“What happens when the dickhead neighbors gardener starts up 10 blowers at 7am!” read the caption posted with video of the Toto guitarist sending a bit of sonic fury toward his neighbor. The post was accompanied by the hashtags #goodmorningsunshine and #fuckyou.

The clip shows Lukather in what appears to be pajamas, wailing away on an electric guitar plugged into a loud amplifier aimed at the offending gardeners. After several bursts of wild Jimi Hendrix-inspired soloing, he screams, “Good morning!”

Lukather also shared the story in a Twitter thread. Starting with “This is my response to my dickhead neighbor and his gardeners’ 120 dB blowers at 7AM,” he went on to explain that he placed his amp “on top of my kids’ trampoline, pointed at said dickhead’s open windows.” He noted that his plan worked: “It became silent after my response!”

If you’re worried the dog, which can be seen casually strolling around the yard throughout the video, is getting an earful of noise, Lukather added there’s no need for concern. “It was way above her head, so she didn’t get blasted,” he said. “I would never … . I love the dog.”

Last October, just before a tour-closing show in Philadelphia, Lukather announced that Toto were “calling it a day.” “I don’t know what the future-future’s gonna be,” he said, “but I do know that’s gonna be the last show … for the foreseeable future – and certainly the end of this configuration of Toto.”