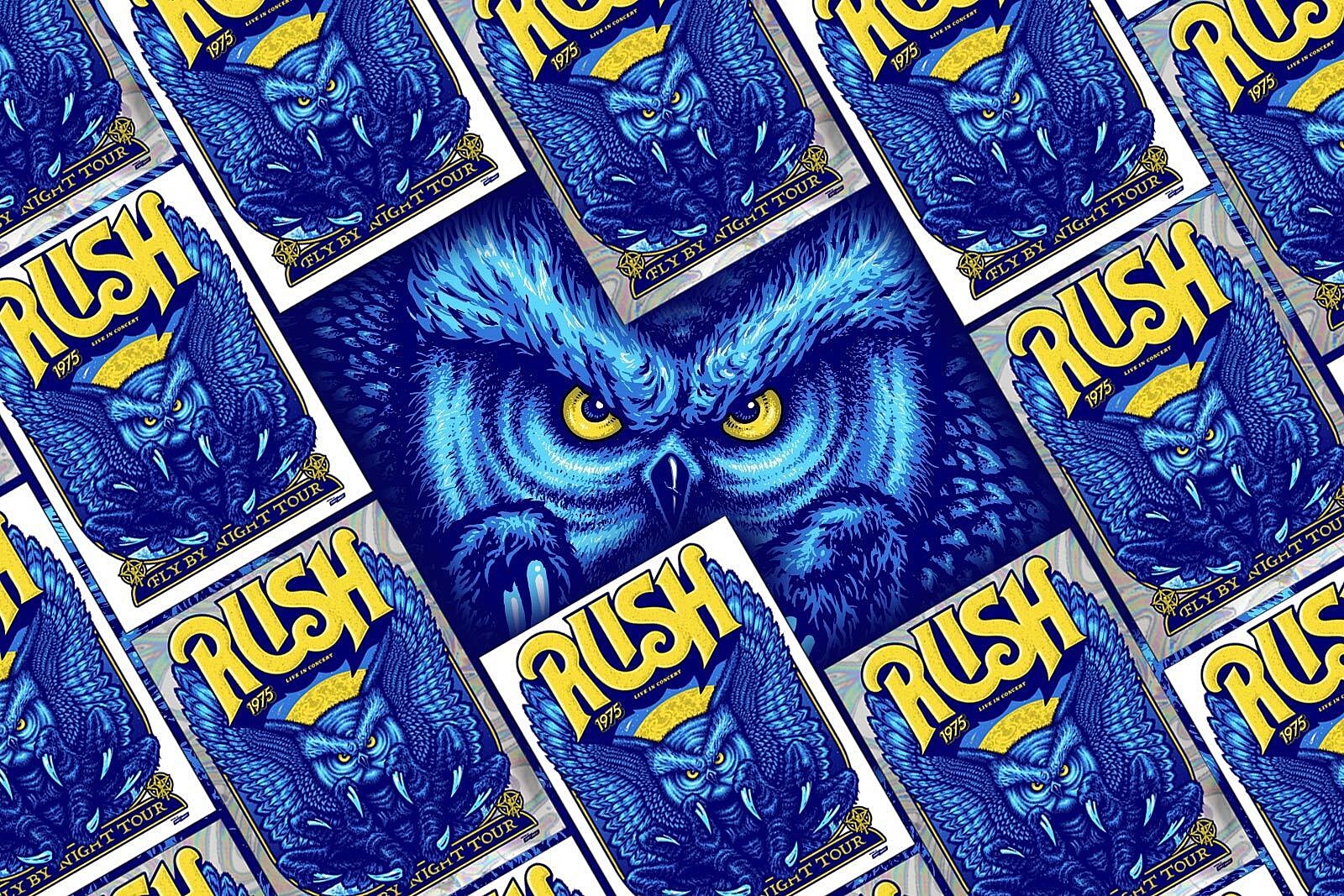 Rush weren’t truly Rush until their second LP, 1975’s Fly by Night, which bloomed beyond the derivative heavy rock of their self-titled debut into a more intricate, imaginative format.

The group — singer and bassist Geddy Lee, guitarist Alex Lifeson and newly recruited drummer and lyricist Neil Peart — supported the record that year with a crucial North American tour spanning at least 70 dates from February to June, including opening slots for Kiss.

The jaunt was filled with offstage high jinks — including Lifeson’s debut of the goofy character “The Bag,” who would put a paper bag on this head, stick his hands through his pants and speak in a strange voice. The bit cracked up Kiss guitarist Ace Frehley but annoyed bassist Gene Simmons.

“Gene was very, very upset with the Bag,” Lifeson said in the concert documentary Time Stand Still. “And that made Ace even happier.” Lee added, “Gene was straight. He wasn’t high like we were. He had a different sense of reality when he came into Ace’s room. We were drinking and smoking and generally being idiots.”

More importantly, the shows — as both headliner and opener — helped expand Rush’s profile: Fly by Night wound up cracking the Billboard albums chart (at No. 113) and hit the Top 10 in Canada.

To mark the tour’s 45th anniversary, Iconic by Collectionzz created a new limited-edition poster featuring artwork inspired by the owl that graces the Fly by Night cover.

“One of the first lyrics I submitted to Alex and Geddy was Fly by Night, and when the time came to make our first album together, we decided that was a good title,” Peart wrote in the introduction to The Complete Tour Books 1977-2004. “(Our other candidate was Aurora Borealis, so we probably made the better choice.) As a bird lover since childhood, I remembered an illustration of a snowy owl swooping down toward the viewer with fierce eyes, and I suggested an image like that for the cover, maybe with the northern lights in the background. It fell to me to talk on the phone to the record company artist in Chicago, and try to describe this picture in words. In the same way that writing those few lyrics for the band would lead to me becoming the band’s chief wordsmith, that phone conversation led to me becoming the ‘graphic arts supervisor.'”

The poster is available in a main edition ($65) and swirl foil edition ($125) hand-signed and numbered by designer Barry Ament.