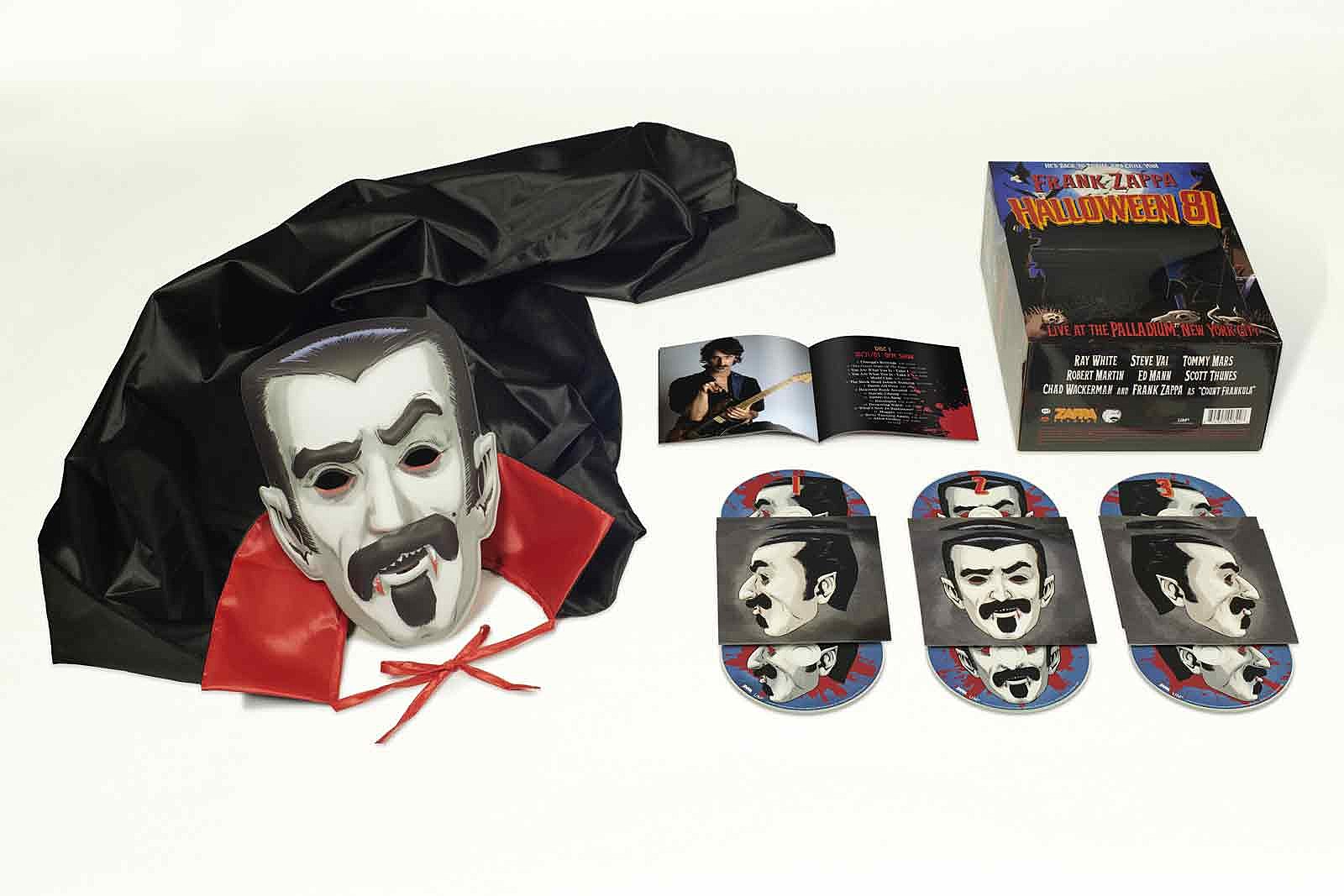 Frank Zappa‘s annual Halloween show from 1981 is being collected in a new six-disc box set due to arrive on Oct. 2.

The set follows 2017’s Halloween 77 collection and last year’s Halloween offering from the 1973 concert, which was recorded on Oct. 31 in Chicago and packaged with Frankenstein monster-style mask and gloves.

This year’s box gathers three complete concerts – two from Halloween and one on Nov. 1, all recorded at New York’s Palladium. Zappa and his band played a four-night run that year, starting on Oct. 29.

The Halloween shows were recorded for a couple different purposes: The 8PM concert ended up as part of the ’80s home-video releases The Dub Room Special and The Torture Never Stops. Some of the music was collected on albums over the years – particularly on You Can’t Do That on Stage Anymore, The Dub Room Special and One Shot Deal. This is the first time the complete shows from Halloween have been released.

The midnight concert was the first live simulcast in cable history; it aired on the radio as well as on MTV, which launched just two months earlier. You can see the complete track listing for Halloween 81 below.

The box includes a booklet featuring photos from the shows and liner notes by touring band member Robert Martin, among others. A single-disc version of the box, Halloween 81: Highlights From the Palladium, New York City, will be released on the same day, collecting 13 tracks from all three concerts – plus an exclusive song, “Strictly Genteel” from Nov. 1, not included on the box set.

You can listen to “I’m the Slime,” found on both upcoming albums, below.

Zappa and band, which included guitarist Steve Vai, were on the road for about a month when they reached the Palladium for the Halloween concerts. It was the last time Zappa played the venue and his second-to-last Halloween show. He’d play the final one in 1984 at New York’s Felt Forum, the location of his first Halloween show in the ’70s.