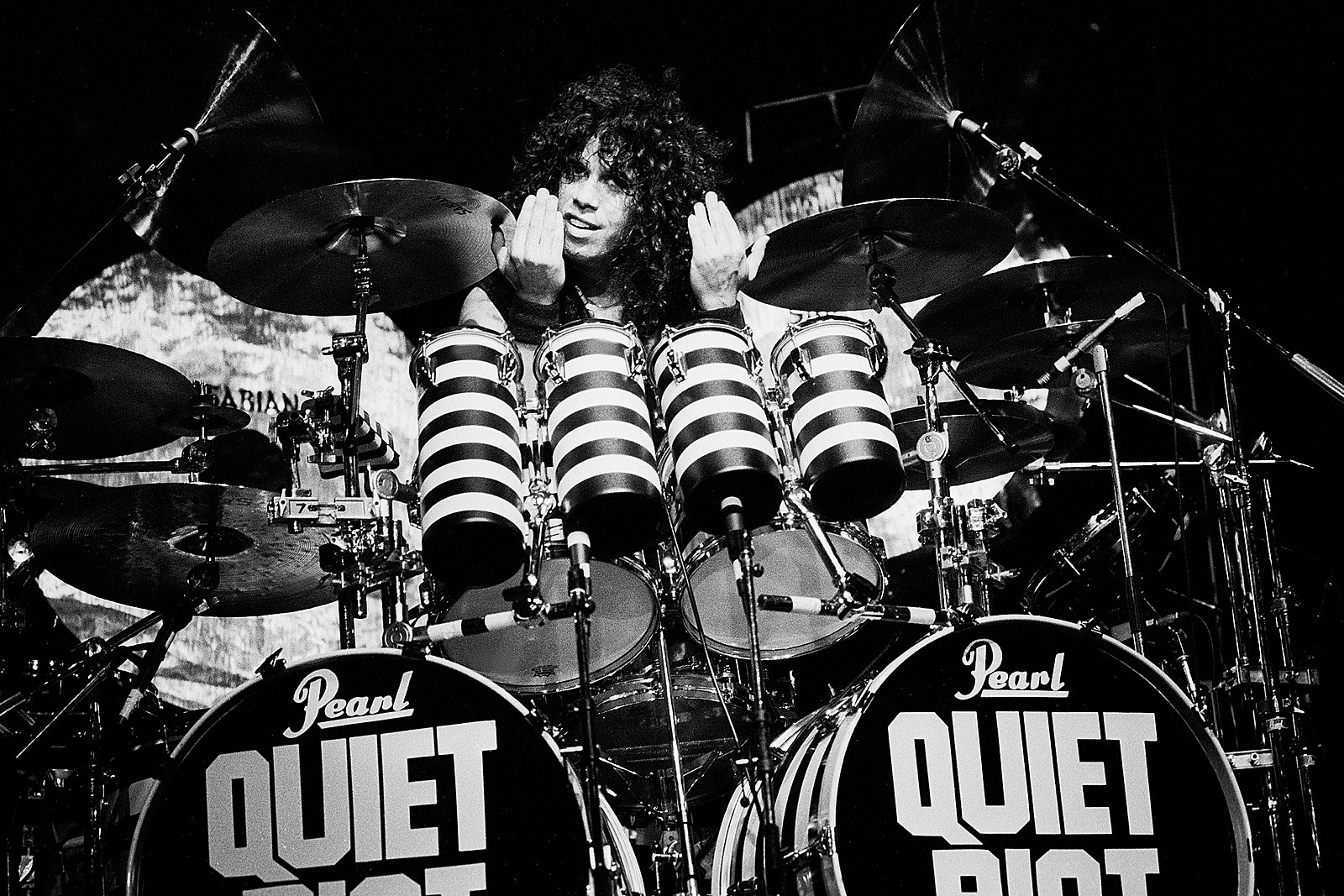 The rock world is in mourning following the death of Frankie Banali, the Quiet Riot drummer who had courageously battled pancreatic cancer for more than 16 months.

As news of the rocker’s passing spread, many fellow musicians took to social media to share their condolences.

“So sad to hear about the loss of Frankie Banali,” Twisted Sister frontman Dee Snider declared via Twitter. “He fought hard until the end. His playing and rock ‘n’ roll spirit will live forever. A fellow New Yorker, Frankie was the real deal. RIP my friend.”

Sebastian Bach remembered the drummer as “a true rocker who dedicated his life to rock n’ roll,” while Motorhead’s Mikkey Dee referred to Banali as “a nice guy and respected drummer in the world of rock n roll.”

Wendy Dio, whose husband Ronnie James also died following a prolonged battle with cancer, posted a heartfelt tribute to Banali via the official Dio social media accounts. “Frankie was such an amazing person, not only was he a talented performer, but he had the biggest heart,” Wendy explained. “Even when he was going through his chemo treatments, he attended our charity event and spoke about how important it was to get tested. My heart goes out to his wife, Regina, who was a saint throughout his battle with this terrible disease.”

Guitarist Gilby Clarke recalled working alongside Banali, referring to the late drummer as a “straight up dude,” whose “determination and unwavering passion for playing drums” he respected. Clarke’s former Guns N’ Roses bandmate, Slash, left a simple yet poignant tribute to Banali, posting a picture of the drummer with the message “RIP.”