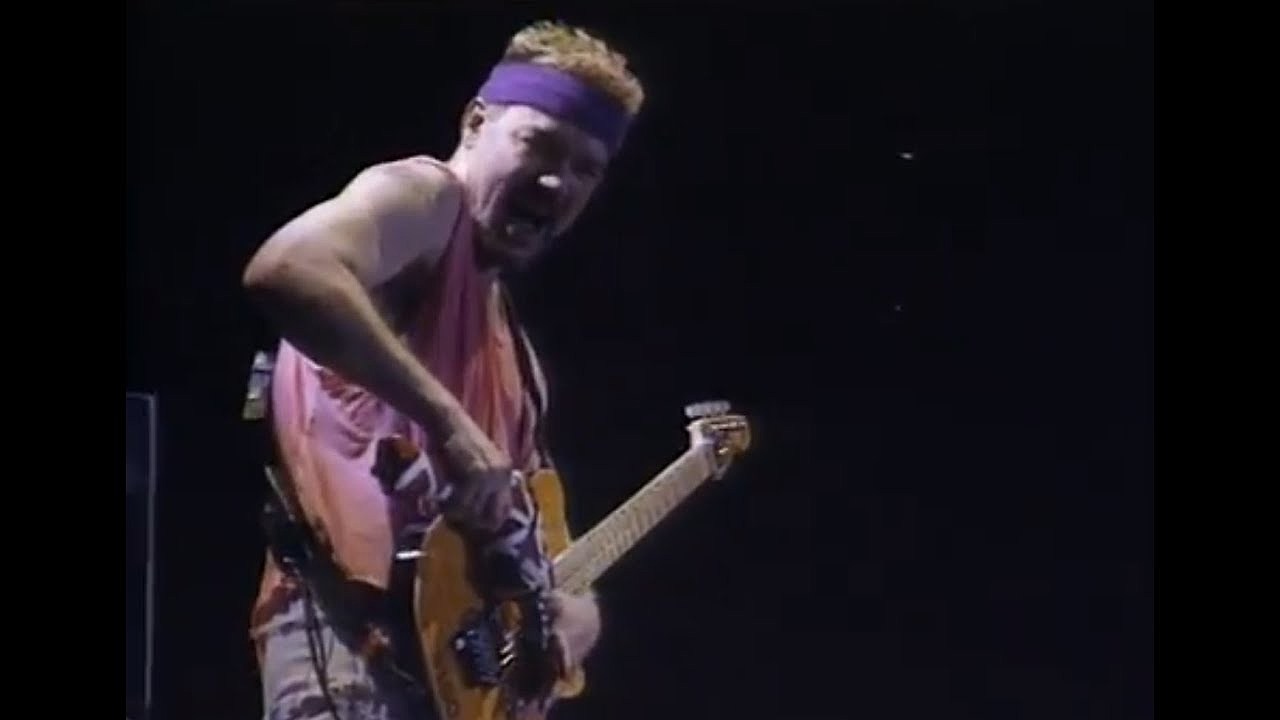 After documenting two of their first three tours with Sammy Hagar via full-length concert home videos, Van Halen tried something different in 1995.

Midway through a 10-month tour in support of Balance, their fourth and final album with their second lead singer, Van Halen filmed the Aug. 18 and 19 shows at Toronto’s Molson Ampitheatre. But instead of releasing the results as their third live DVD, the band beamed the show directly into fan’s homes via pay-per-view.

The “Ambulance” tour, as it was dubbed by the band, was plagued by physical injuries and crumbling interpersonal relations. Frustrated by numerous factors – including the difficulties he encountered working with Hagar during the Balance sessions – Eddie Van Halen shaved off his hair prior to the tour’s start.

The guitarist was also dealing with increasingly intense hip pain, which ultimately led him to have replacement surgery in 1999. His brother Alex can be seen wearing a neck brace throughout the concert, which helped him play despite having three ruptured vertebrae.

According to Van Halen News Desk, there were plans to release the Toronto concert on home video, but Hagar’s acrimonious June 1996 departure from the band nixed that idea. However the footage is easy to find on YouTube, as is a second clip featuring four additional songs that were performed but not included on the pay-per-view special.

The 5150 tour, Van Halen’s first with Hagar, was documented on 1986’s home video Live Without a Net. 1993’s Right Here, Right Now was the band’s first-ever live album, and was also released as a long-form DVD.