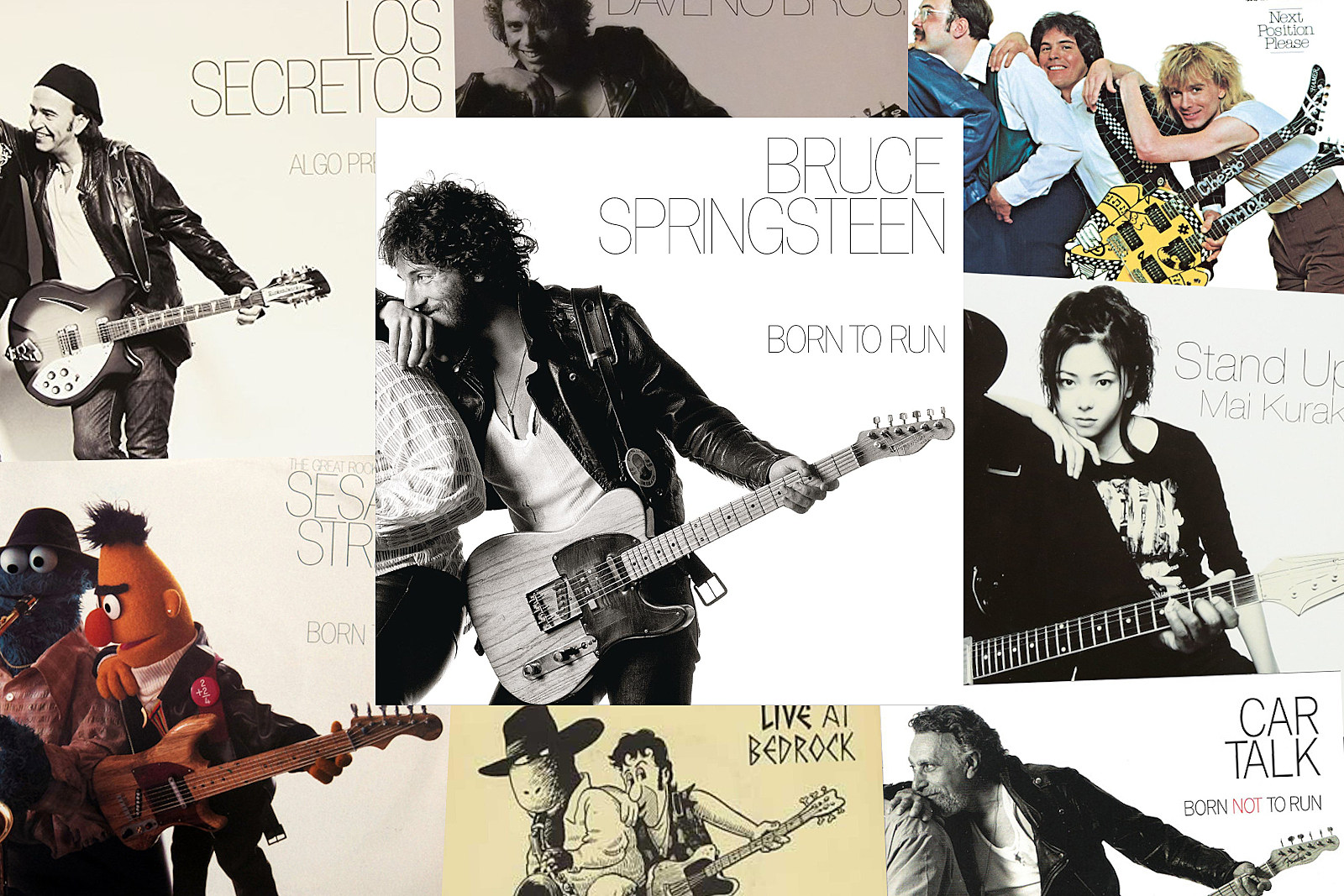 Bruce Springsteen’s legendary 1975 album Born to Run did more than just change the landscape of music. It also created one of rock’s most identifiable images.

The cover art for Born to Run features a black-and-white picture of Springsteen holding his guitar and smiling while leaning on saxophonist Clarence Clemons.

“Bruce had prepared for the shoot, and brought along his ripped T-shirt and various props and talismans — an Elvis button, a pair of sneakers, his then-signature newsboy cap and a radio,” recalled photographer Eric Meola, the man tasked with shooting Born to Run’s cover. Over the course of a three-hour session, hundreds of pictures were taken – including photos outside the studio, solo Springsteen images and shots featuring various outfits and props. But something about this particular pose was captivating.

“The interaction between Bruce and Clarence which resulted in the cover image lasted for about half a roll, or 18 frames,” Meola recalled. “Of these, there are only two where his face is turned to Clarence, and he is grinning in only one of them.”

Even though the moment flashed by in an instant, Meola was able to capture one of pop culture’s most memorable images. As Born to Run climbed to its place in history, the accompanying cover was celebrated as one of rock’s finest album artworks.

When an image becomes as popular as the Born to Run cover, it’s bound to spawn replicas. Indeed, a wide swath of artists have been inspired by the photo – including Cheap Trick, the Sesame Street cast and an assortment of international acts. Check out our collection of Born to Run cover copycats in the gallery below.