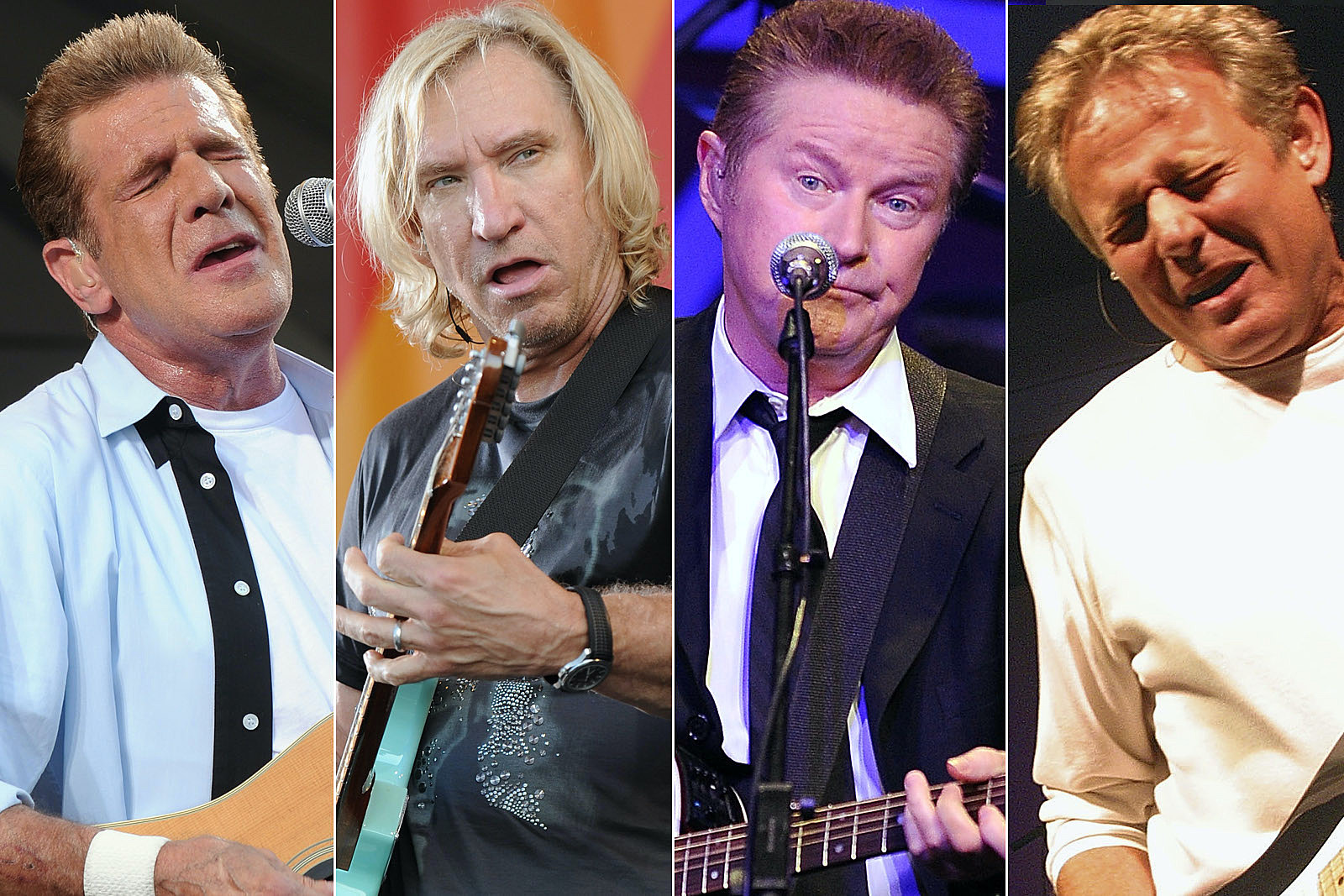 Eagles didn’t exactly soar through their final albums. In fact, tracks from 1979’s The Long Run, 1994’s Hell Freezes Over and 2007’s Long Road Out of Eden make up more than half of the below list of the 10 Worst Eagles Songs.

None is better represented than The Long Run, the deeply uneven, first era-concluding project that provides three entries here. Then the Eagles simply went overboard with their comeback album, turning Long Road Out of Eden into a kitchen sink-type two-disc affair.

“I think there are only a couple of superfluous things on there,” Don Henley admitted to Herald Extra in 2007. He declined to elaborate, however, saying it “would break the band up. Again.”

None of it takes away from their justifiably celebrated successes, as Eagles scored four No. 1 albums and five No. 1 singles while performing a kind of musical autopsy on the death of the ’60s dream. Still, not every song went the distance, as you’ll see in the below list of the 10 Worst Eagles Songs.

On the Border arrived during Eagles’ transition from roots to rock, personified by the mid-sessions exit of early producer Glyn Johns. (He oversaw only “You Never Cry Like a Lover” and “Best of My Love,” though the latter ironically became the first of the band’s five chart toppers.) The title track illustrated the difficulty they initially had in toughening up. A clumsy attempt at dunking on recently resigned President Richard Nixon, “On the Border” isn’t as sharp as it needs to be lyrically – or musically. Were they actually trying for a Temptations vibe?

For some reason, Eagles decided to stir in many of the best-forgotten elements (okay, let’s just say it: synths) from their respective ’80s-era solo careers late in this two-disc set. Henley’s “Frail Grasp on the Big Picture” goes one better, offering a media-hating lyric from I Can’t Stand Still to go with the sleek keyboards from Building the Perfect Beast. This heaping helping of Henley’s world-weary condescension is dragged the rest of the way down by a dreary groove that sounds like off-brand Steely Dan.

Glenn Frey once told Cameron Crowe that “the only difference between boring and laid-back is a million dollars.” At this point, unfortunately, Eagles were only thousand-aires. In keeping, “Chug All Night” features a snoozy riff to go with an even snoozier theme. “And I’ve been meaning to tell you, baby,” Frey sings, “that it makes no sense.” He has a point.

Clearly exhausted, both creatively and spiritually, Henley did what many people do: He got nostalgic. In this case, it was for the college fraternity-party circuit in Austin, where Henley’s pre-Eagles band Shiloh used to play on weekends before he found fame. But too much had changed in the interim. So, “The Greeks Don’t Want No Freaks” shares the style – but not the attitude, wit, gumption, looseness or humor – of the old ‘60s frat-rock band ? and the Mysterians.

Seemingly prone to dour moods, Henley can be almost biblically judgmental – and this humorless, painfully obvious song draws out the worst of those tendencies. Even a scalding turn on the slide from Joe Walsh can’t get things back on track as Henley continues “all this bitching, moaning, pitching a fit.” Still, it had been almost 15 years since the Eagles had last released a single, so “Get Over It” reached the Top 40 anyway.

This was never supposed to be on the album, but Asylum label head David Geffen wanted one more Don Henley vocal. All they had left over, however, was a poor attempt at this Jackson Browne track. “Although I agreed that another song from Henley would be great,” producer Glyn Johns said in Sound Man, “it had not worked out. The performance of the song by the band never came close to being good enough after several attempts. So, I had little faith in trying again.” Undeterred, Geffen then moved to set up his own post-production session. So Johns quickly finished “Nightingale,” and it sounds just like that – a slapped-together also-ran.

Irritating musically, unfocused lyrically and featuring a squiggly synthesizer solo(!) by Glenn Frey, this somehow ended up as the B-side to his galloping chart-topper “Heartache Tonight.” That’s the definition of Eagles yin and Eagles yang. It’s still difficult to believe that J.D. Souther — the easygoing country-rocker who helped compose signature Eagles songs like “Best of My Love,” “Victim of Love” and “New Kid in Town” — was involved with such a plodding, flaccid throwaway.

This mawkish Larry John McNally track had been bouncing around since the Eagles first got together in advance of 1994’s Hell Freezes Over. By the time they finally got around to recording it, however, Henley had already released a cover of McNally’s “For My Wedding” on his 2000 solo album Inside Job – making it clear that this was really just a rewrite of the same tune. McNally also composed Rod Stewart‘s Top 10 1990 hit “The Motown Song,” which sounds like neither of those other songs.

Co-credited to Frey, Henley and Don Felder, this one sounds all Henley — dour, almost biblically judgmental, etc. – only this time with a disco bass line! As Henley uses his gravelly tenor to once again skewer people who would dare go out to have a good time, this humorless, painfully obvious theme can only settle into an unmusical ever-revolving riff. “The Disco Strangler” might have driven Eagles fans to their own murderous deeds had it not mercifully started to fade at about the 2:30 mark.

Away from Eagles, Bernie Leadon has been a member of the Flying Burrito Brothers and the Nitty Gritty Dirt Band. So you might have expected one of his last moments with Eagles to be representative of that rootsy history. Instead, Leadon shared writing duties on this slow-death dirge with live-in girlfriend Patti Davis – daughter of future President Ronald Reagan, who had all but disowned her for cohabitating with the Eagles multi-instrumentalist. Henley, and he was being kind, dismissed the results as “smarmy cocktail music.”