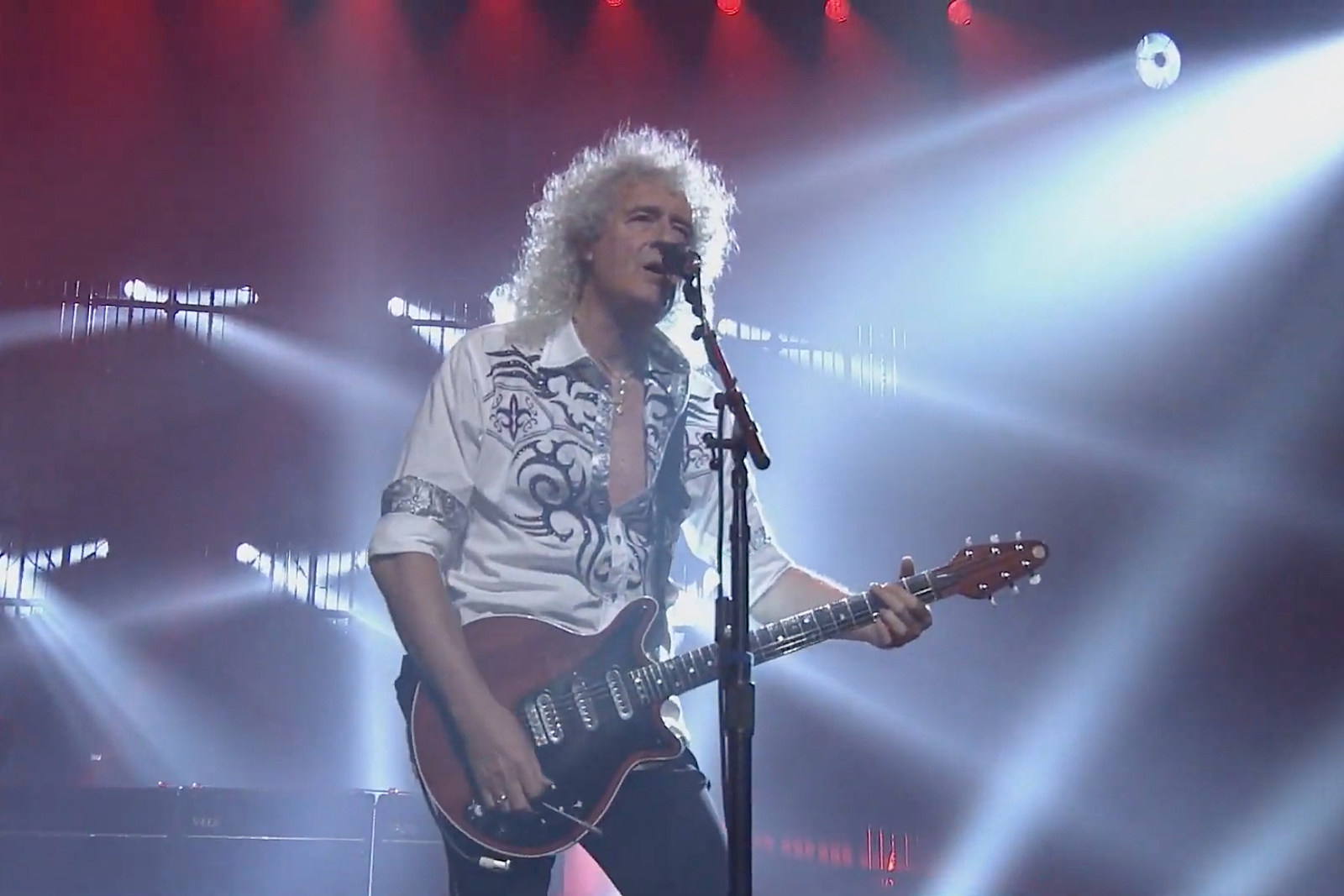 Queen + Adam Lambert have premiered a video for “The Show Must Go On” from their upcoming concert release Live Around the World.

The performance stems from their July 4, 2018, concert at London’s O2 Arena. “As the 12th and final track on Innuendo, Queen’s final album released during Freddie Mercury’s lifetime, ’The Show Must Go On’ was created by the band Queen as a tribute to Freddie Mercury’s lust for life, even while the Queen frontman’s health was failing,” reads the description on YouTube. “But in this socially distanced global world of 2020, ‘The Show Must Go On’ – perhaps now more than ever – feels like the perfect anthem for our times.”

Arriving Oct. 2 in both audio and home-video formats, Live Around the World marks Queen’s first full-length project with Lambert as their singer. The material – 20 tracks on the CD and vinyl versions, 22 on the DVD and Blu-ray – were compiled from shows that took place between 2014 and February 2020.

Live Around the World follows a reworked version of “We Are the Champions” called “You Are the Champions” that the artists recorded as a benefit for the World Health Organization’s COVID-19 Solidarity Response Fund. The band’s plans to tour this year were cut short as a result of the pandemic, but it gave them a reason to release material, as well as the time needed to figure out what to include.

“As we all grapple with the challenge of creating live shows in a world dominated by a formidable viral enemy, it seemed the perfect time for us to create a collection of hand-picked live highlights from our Queen shows over the last seven years with our brother Adam Lambert,” guitarist Brian May said in a press release.

“We hadn’t really watched those clips before, we were always too busy touring,” drummer Roger Taylor added. “We weren’t aware of how good the band sounded. So, we thought, well, maybe there’s a live album of highlights of concerts that we’ve done over the last eight years with Adam Lambert to be made.”