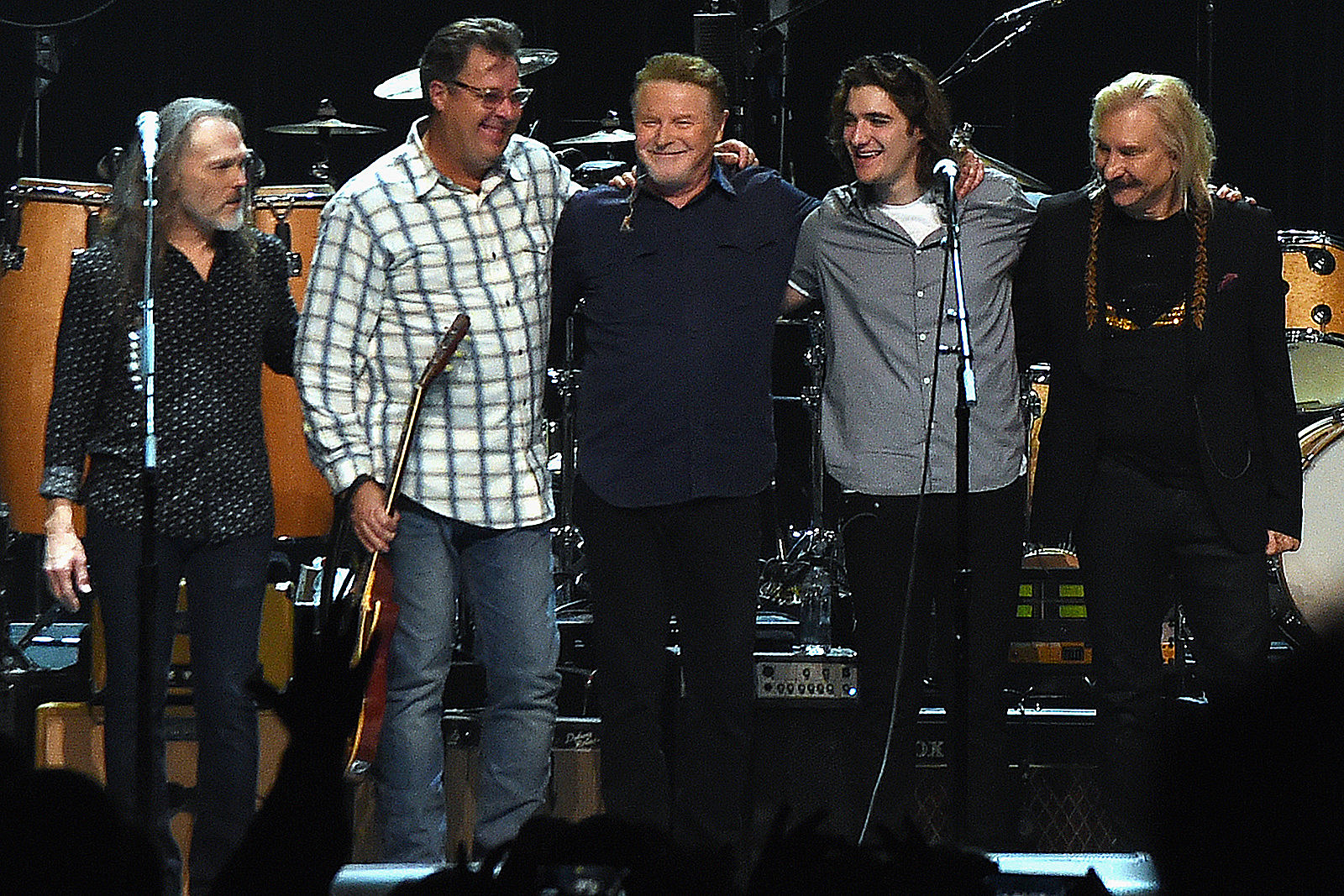 Eagles previewed their upcoming concert set Live From the Forum MMXVIII with a smooth version of “Lyin’ Eyes.”

Vince Gill fronts the tune, which is anchored by warm and intricately arranged vocals harmonies and twangy guitar licks. You can listen to the new live version of “Lyin’ Eyes” below.

Gill and Deacon Frey, son of late Eagle Glenn Frey, joined the band in 2017 — one year after the death of their co-founding member. Live From the Forum MMXVIII, which will be available as both a 26-track live album and a concert film, documents the new lineup’s three September 2018 shows at the Forum in Los Angeles.

Gill and Deacon Frey make their recorded Eagles debut on the package, which the band recently teased with the audio version of “Hotel California.”

The concert, which premiered on ESPN over the Fourth of July weekend, features a mix of the band’s hits (“Take It Easy,” “Life in the Fast Lane,” “Desperado”), deep cuts (“Ol’ 55,” “Those Shoes”) and solo tracks from the individual members (like Don Henley‘s “The Boys of Summer,” Joe Walsh‘s “Rocky Mountain Way,” Gill’s “Don’t Let Our Love Start Slippin’ Away”).

Eagles recently postponed their Hotel California tour, which featured full-LP performances of their 1976 LP, due to the COVID-19 pandemic. Their rerouted 2021 dates launch Sept. 16 in Denver and conclude Oct. 23 in San Francisco.