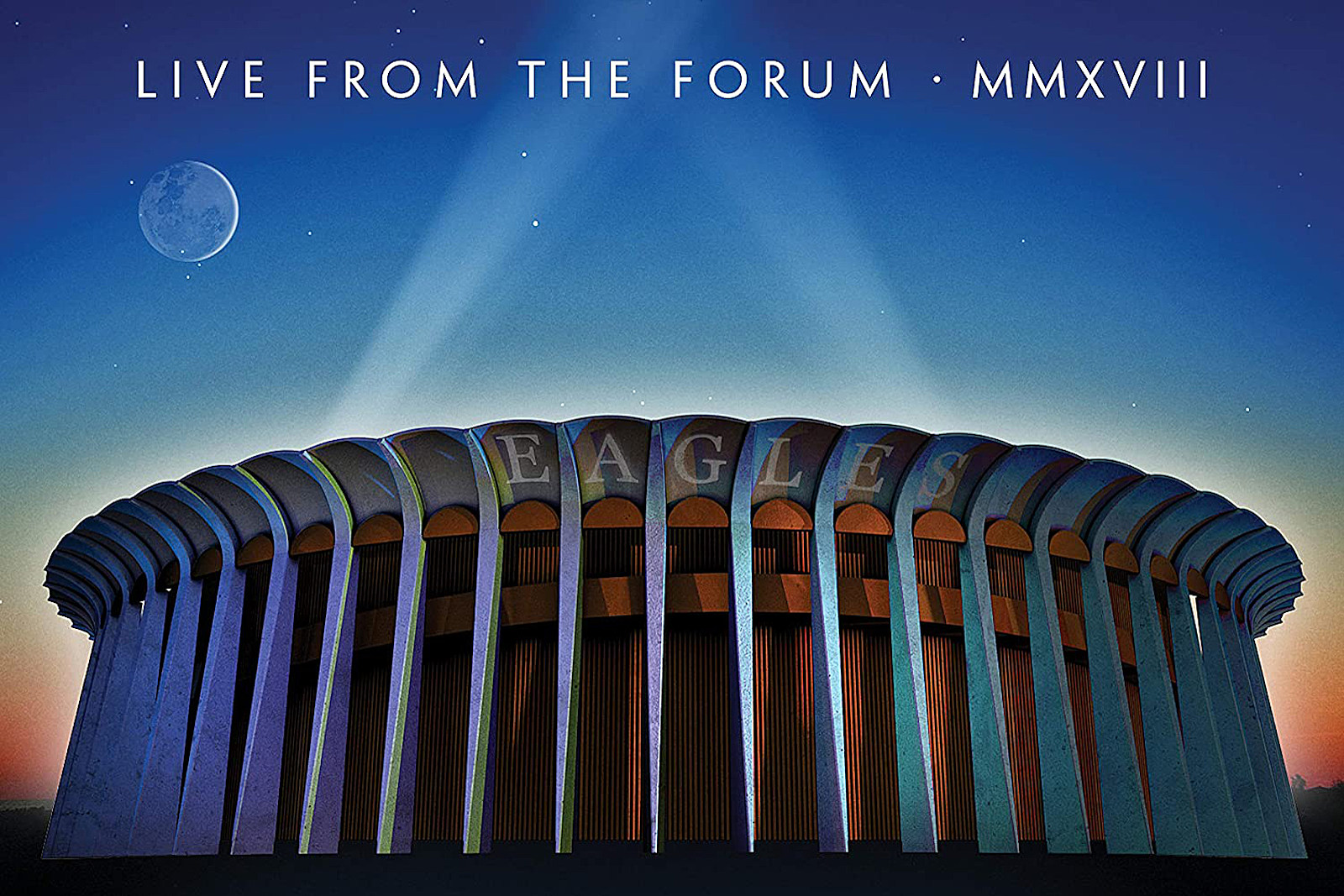 The Eagles have a long and rich rock history filled with many timeless hits. Still, one track stands out among their catalog of classic tunes: “Hotel California.”

The band has shared a new performance of the track, taken from their upcoming live album and home video Live From the Forum MMXVIII. The concert premiered on ESPN over the Fourth of July weekend and will be available for purchase on Oct. 16.

Recorded over three shows at the famed Los Angeles venue in September of 2018, the set is the first release from the Eagles since 2007’s Long Road Out of Eden. It also marks the recorded debut of Vince Gill and Deacon Frey with the group, having joined in 2017 following the death of Deacon’s father Glenn.

A poignant trumpet begins the rendition, with its tones eventually drowned out by a sea of cheers as the song’s recognizable guitar part kicks in, followed by Don Henley‘s lead vocals. Despite lineup changes – and the passing of more than 40 years since its inception – the song still manages to be one of the most captivating tunes in rock history. Listen to the new live version of “Hotel California” below.

Originally released in 1976 on the album of the same name, “Hotel California” is iconic, thanks to its intricate guitar riffs, engrossing vocal harmonies, mysterious storyline and legendary chorus. The tune’s place in history has long been cemented, with a Grammy Award for Record of the Year and induction into the Grammy Hall of Fame among the song’s many accolades.