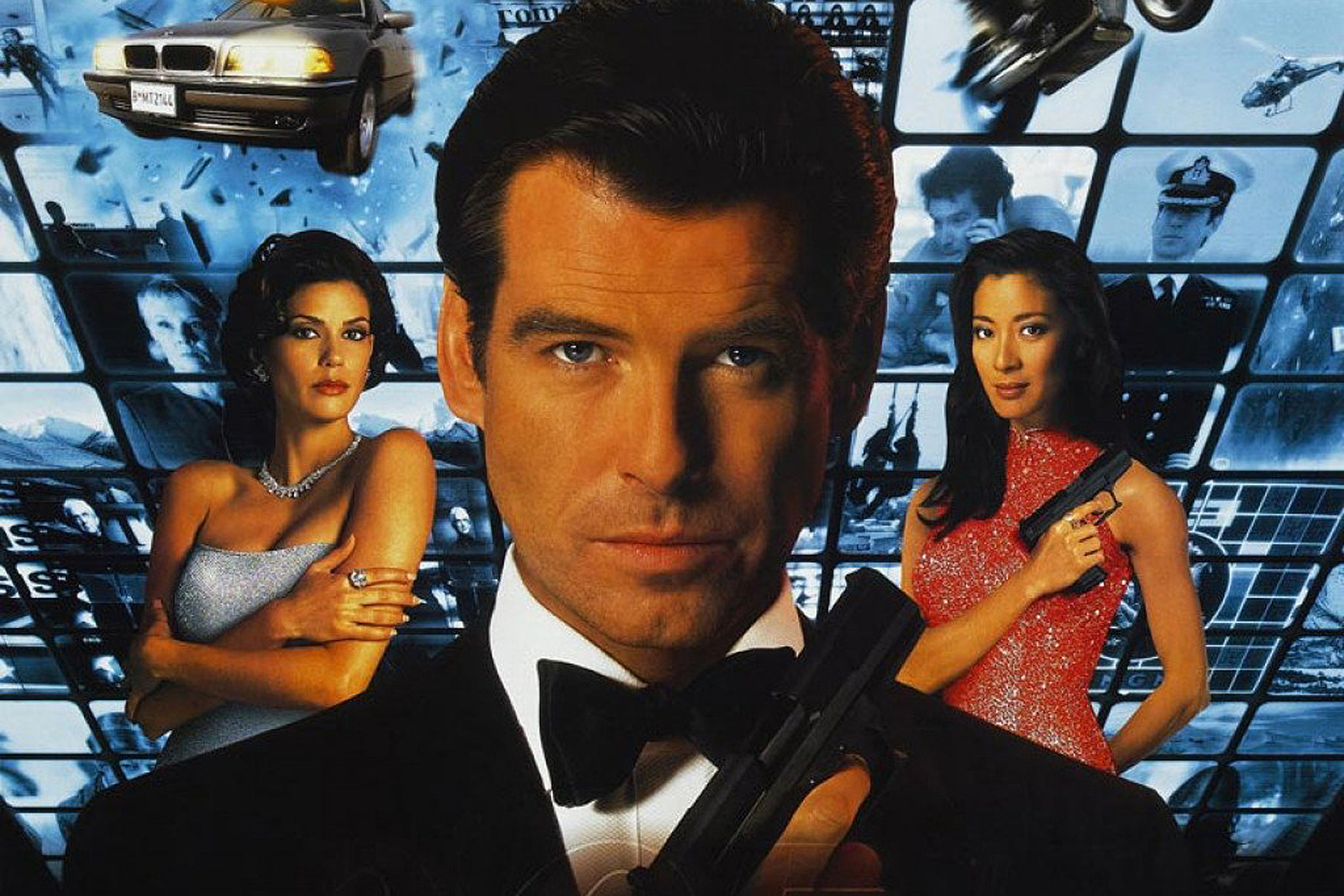 Like many James Bond films, 1997’s Tomorrow Never Dies has grown more interesting as the years have passed, in this case because of the movie’s insightful predictions about the power technology and media would wield in our modern day culture.

Either the eighteenth or the twentieth of the in the Bond series – depending on whether you count the jokey Casino Royale and the independently-produced Never Say Never Again – it was once regarded as a fairly run of the mill effort, but has come to seem increasingly prescient the further we’ve moved into the 21st Century.

Tomorrow Never Dies – which was originally titled Tomorrow Never Lies until a fax from the producers to MGM was mis-read, resulting in an accidental name change – was the second in the series to feature Pierce Brosnan, and was made under heavy pressure from the studio. Billionaire Kirk Kerkorian had purchased MGM in 1969 and owned it until 1986, when he sold it to Ted Turner. The notoriously high-flying Turner broke apart a number of the company’s assets to pay his debts, eventually relinquishing control over the whole, and Kerkorian bought it back in 1996. Kerkorian then decided to take the company public, and needed a hit movie to coincide with the stock offering.

And what better vehicle to convince the public of a studio’s profitability than a James Bond flick?

The traditional wide-open story generation process ensued (most Bond films have numerous writers involved) and eventually a script was born. Veteran director Roger Spottiswoode was brought on board, Jonathan Pryce signed on to play the bad guy, and Teri Hatcher and Michelle Yeoh were hired in a somewhat awkward arrangement to be co-Bond girls. The result was good enough to be profitable (despite having the misfortune to open on the same night as Titanic) and it did work to buttress the MGM public stock offering, although Kerkorian never made the killing he dreamed of and would end up selling the company again not long after.

But the real impact of the film today comes from its storyline.

This revolves around Pryce’s bad guy, Elliot Carver, who is a media baron with designs on becoming the most powerful man in the world. His plan involves starting a war between China and the U.K.; not only will his media conglomerate profit by covering this war, it will also bring to power a Chinese general who will, in return for his ascension, grant Carver exclusive broadcast rights in China.

To put all this in motion, Carver breaks the GPS encryption system used by the British navy, and tricks one of their ships into Chinese waters, where he sinks it using a stealth ship of his own design. He then steals a nuclear missile from the sunken British ship, which he plans to launch at the Chinese.

Bond catches wind of this plot and moves to intervene. He starts by reuniting with an old girlfriend named Paris (Hatcher), who now happens to be married to Carver. They fall in love again, but Carver sniffs out the affair and has Paris killed by a notorious German assassin named Dr. Kaufman (played with superb cheek by Vincent Schiavelli).

Dismayed, Bond heads to Vietnam, where Carver is hiding his stealth ship, only to find out that a Chinese agent Wai Lin (Yeoh) is also investigating. Initially hostile to one another, the two agents eventually begin working together; by the end they have managed to sneak on board the stealth ship, prevent the war from being started, and kill Carver. They also fall in love, and share an embrace in the traditional Bond closing sequence.

Although it features several very good chase sequences – one with a driverless BMW piloted by remote control, and another with Bond and Lin handcuffed and riding the same motorcycle – the film is on the more tongue-in-cheek side of the Bond oeuvre, with campy performances by the bad guys and lots of silly sexual innuendo. “You’ve always been a cunning linguist,” says Moneypenny to Bond early in the film, later adding that when it comes time to pump a female witness, Bond will “just have to decide how much pumping is needed.” Brosnan keeps a straight face during all of this, but like the best of the Bond actors has the ability to deliver charm through self-deprecation, willing to both be in on the joke and also to let himself be its target.

But when this snark is turned to geopolitics, it brings a shiver of recognition. Carver is a mogul in the mold of Rupert Murdoch or Mark Zuckerberg, recognizing before anyone else that power in the modern world does not come from weapons or armies but from information. He is not crazy so much as cynical, willing to manipulate the world for his own profits. “The distance between insanity and genius,” he claims at one point, “is measured only by success.”

In 1997, this sentiment may have seemed like nothing more than the fever dream of a mad billionaire. But as the years have gone by, it’s come to seem more like a truism of the world around us, making Tomorrow Never Dies feel far more contemporary than its age would indicate.