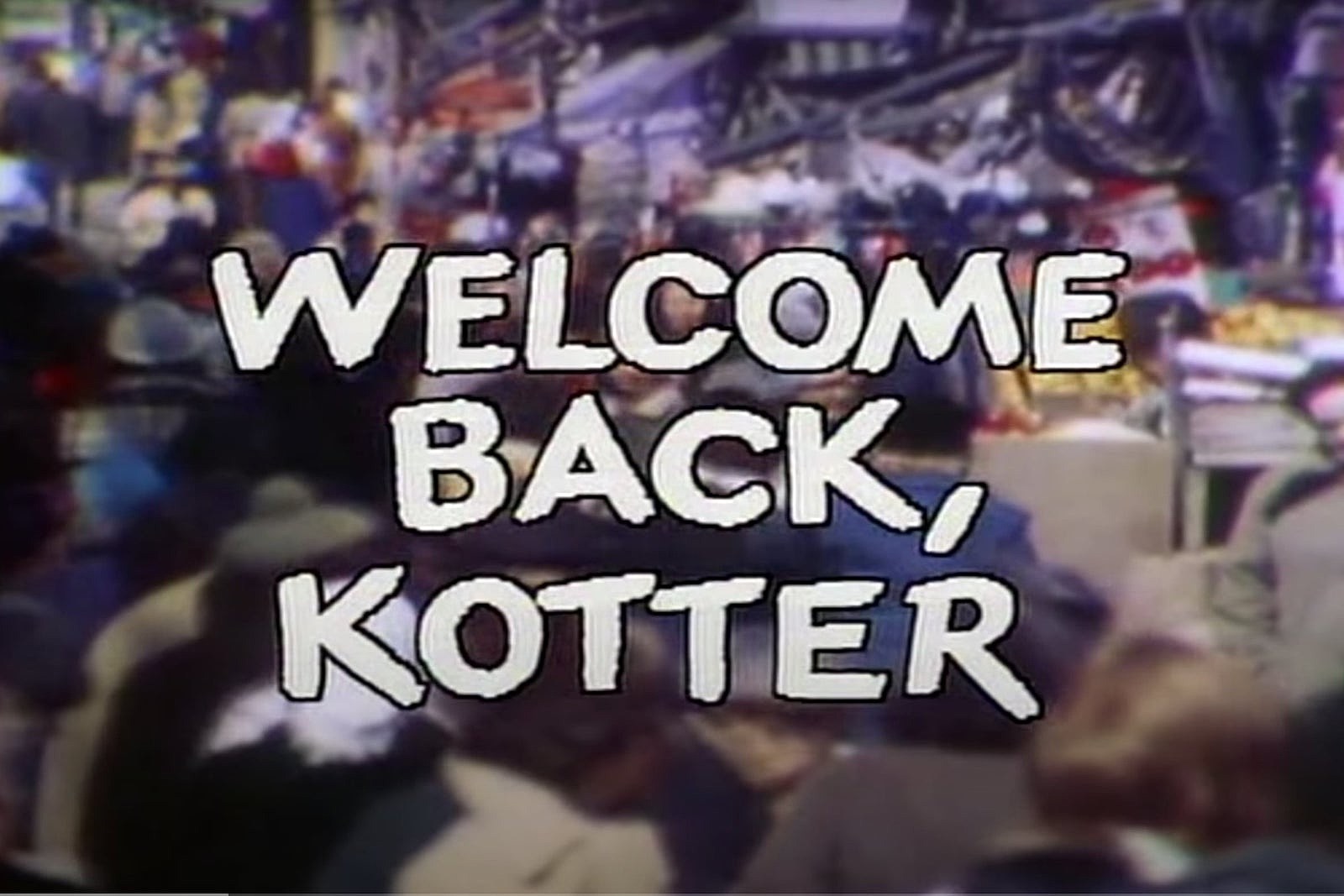 At first, Gabe Kaplan was just doing a bit. He’d string together five- or six-minute set pieces into a larger premise as part of his stand-up act – and one of them involved a few perpetually immature left-behind types from his youth.

“I thought that was a cute thing, a group of guys who never grew up,” Kaplan told Naples Daily News in 2014.

A foundation of the hit television program Welcome Back, Kotter was already being constructed, though Kaplan didn’t know it yet. The show’s high-school setting grew out of meetings with network executives who wanted to find a way to bring these antisocial underachievers under one conceptual roof. Kaplan began to riff on his own high-school days in Brooklyn, and the rest is broadcast history.

“The original concept of the show in my mind was you have four guys from different ethnic backgrounds and they were best friends,” Kaplan told the Daily News. “Everybody accepted the characters for who they were.”

Well … eventually. That groundbreaking diversity presented its own problems at first. Court-ordered public-school desegregation was still underway across the U.S., notably in Boston where forced busing had become a hot-button issue. The head of the local ABC affiliate argued publicly that Kotter’s “cast of non-scholastic high schoolers might have an unhealthy influence on local students” and refused to carry the show.

Watch Gabe Kotter Defuse an Argument Between the Sweathogs

“We were banned in Boston the first episode, because they were having trouble with teacher-student relations up there at the time,” Travolta told the Gainesville Sun in 2011. “That was the first time we thought, ‘Wow!’ It wasn’t that far from the political revolution; the Vietnam War was in its last year – so to be banned was pretty cool to us.”

With a few weeks, however, it became clear that the kids of Buchanan had far more in common with the Marx Brothers than with any Civil Rights protester, and the ban was lifted. After six episodes, the show had moved into television’s Top 10 most-watched shows. Welcome Back, Kotter remained there until it went off the air.

Along the way, the set became very much like the original characters Kaplan once envisioned: a group of guys that never grew up.

Working on Welcome Back, Kotter was “probably the most fun I ever had in my life, because it was like they let the inmates run the asylum,” Hilton-Jacobs later told JMG Magazine. “We were all nuts and young boys, so we’re going bananas.” Their fame reached beyond the small screen into a wave of popular merchandising. Then Travolta leveraged his breakout performance as Vinnie Barbarino into a burgeoning movie career.

“We were men of the moment,” Travolta told the Gainesville Sun. “We knew that we had to own these characters, and it was the time when method acting had become part of the culture. You just became those guys. We never let up for four years. We just were total kids again – misbehaving all the time, giving Gabe a hard time, giving the producers a hard time. The poor guest actors didn’t stand a chance.”

Beyond its multicultural cast, there could be a deeper complexity to the show. Welcome Back, Kotter sometimes spoke to deeper anxieties that surrounded growing up – typically through the experiences of Arnold Horshack.

“I think he was the smartest kid in school,” the late Palillo told the Miami Herald in 2009. “He was giving up his aptitude in order to be liked. Then and now, that is a very common thing in teenagers.”

Watch Vinnie Barbarino Strut His Stuff on ‘Welcome Back, Kotter’

In the end, however, Welcome Back, Kotter was nowhere near as gritty as Kaplan – or anybody in Boston, for that matter – might have once imagined. That was just a function of sitcom writing in the late ’70s, Kaplan argued.

“It was based on real life, but it didn’t really capture it,” he told the Sioux City Journal in 2005. “We could only go so far with the reality of it. It went from being a funny Blackboard Jungle to where it got watered down to the kids not being antisocial at all.”

By the time the show came to a halt, the busy Travolta was only working part-time. He’d long since moved into Hollywood circles after standout performances in 1977’s Saturday Night Fever and 1978’s Grease. That was his original goal, Travolta told the Sun.

“I was [crazy about] movies right from the get-go,” he said. “My manager was not going to accept anything less than my becoming a major film star.” But this TV show came along, and the role was just too perfect to pass up. Travolta remembered casting director Lynn Stalmaster saying, “‘I know we want you in movies, and we’ll get you there, but this is a good stepping stone. So trust me on this.’ I said okay.”

Kaplan eventually went back to stand-up, after a successful career in business (and professional poker). But he’d already made his mark, opening to the door for comedians like Jerry Seinfeld and Roseanne Barr to star in television shows based on their comedy acts. “I don’t think it was ever done before,” Kaplan told Daily News.

For the others, however, a long season of typecasting had just begun. They boasted some smaller acting successes – the late Hegyes as a detective in the ’80s series Cagney and Lacey, Hilton-Jacobs as Joe Jackson in a 1992 TV mini-series about Michael Jackson‘s family – but never quite escaped the shadow of this show.

In a twist, Palillo actually became a high-school teacher, providing guidance for the next generation of aspiring actors. By then, he’d came to appreciate the cast’s universal appeal: “All of us,” Palillo told the Los Angeles Times, “have been or known one of those Sweathogs.”