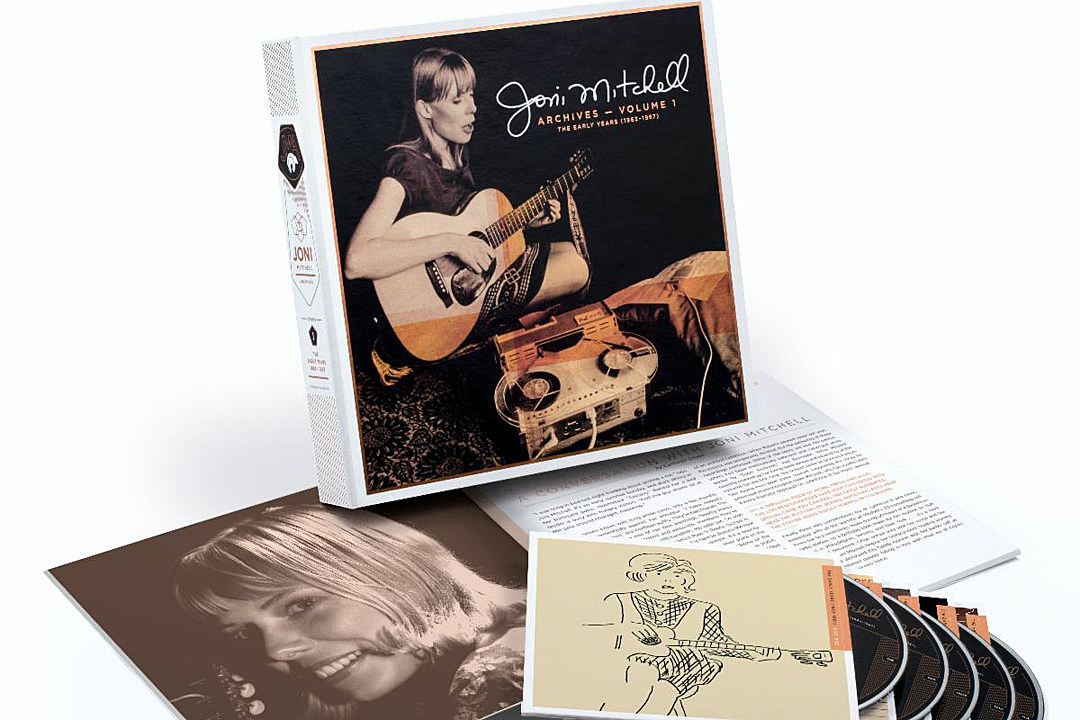 She previewed the set with a 1963 Canadian radio version of the traditional song “House of the Rising Sun” (popularized the following year by the Animals). Mitchell was 19 at the time of the performance, captured by CFQC AM in her hometown of Saskatoon, Saskatchewan.

The five-CD and digital collection, available to pre-order now, showcases the period leading up to the singer-songwriter’s debut LP, 1968’s Song to a Seagull. The box includes early versions of songs from that record (“Michael From Mountains,” “I Had a King”), along with tracks that appeared on later records (1969’s “Chelsea Morning” and “Both Sides Now,” 1970’s “The Circle Game,” 1971’s “Little Green”).

The package, which features a 40-page booklet with new liner notes and unseen photos from Mitchell’s personal collection, concludes with a three-set 1967 nightclub show captured at the Canterbury House in Ann Arbor, Mich.

“The early stuff, I shouldn’t be such a snob against it,” Mitchell said in a statement announcing the set. “A lot of these songs, I just lost them. They fell away. They only exist in these recordings. For so long I rebelled against the term: ‘I was never a folk singer.’ I would get pissed off if they put that label on me. I didn’t think it was a good description of what I was. And then I listened, and … it was beautiful. It made me forgive my beginnings. And I had this realization … I was a folk singer!“