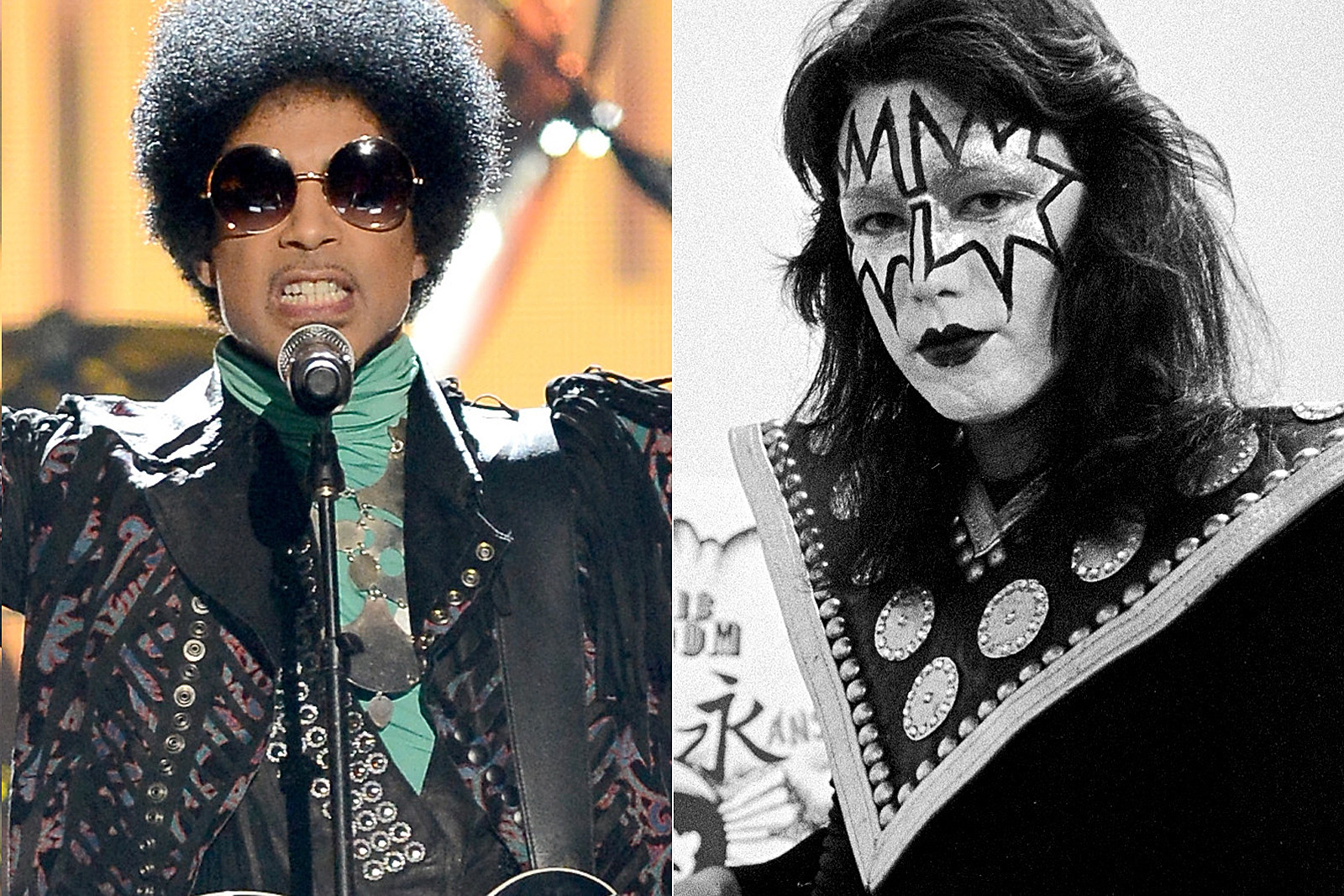 Ace Frehley holds a lot of respect for Prince, even if their lone encounter was “awkward.”

In the opinion of the former Kiss guitarist, the best thing about the Purple One was his distinctive style. Whenever he would hear a Prince song, Frehley tells Ultimate Prince, “you knew it was Prince right away – the way he sang and the way he put songs together, his production. It was Prince all the way. He had his own style, and he excelled at it.”

Frehley is reminded of Prince on those nights when his work takes him to First Avenue, the Minneapolis club made famous by Prince in Purple Rain. “That’s a great venue and a great crowd,” Frehley notes. “I remember performing there at least two or three times. Every time I go there, I go, ‘Oh, this is where they filmed the movie!’ Which I thought was pretty cool. It was very tragic, the fact that we lost him so young.”

The guitarist met Prince only once, at a party, and recalls the encounter as “a little awkward, because I didn’t realize he was that short. I was like a foot taller than him, because I had heels on. I said hello to him, but we never really conversed. It was just a brief meeting. I never really spent any time with Prince.”

Had they been able to spend more time together, perhaps they could have bonded over their shared love of Jimi Hendrix. Frehley’s upcoming covers album, Origins, Vol. 2, includes a rendition of Hendrix’s “Manic Depression.” The first volume, released in 2016, featured a take on “Spanish Castle Magic.” Prince remade Hendrix’s “Red House” as “Purple House” for a 2004 Hendrix tribute album, though he was skeptical of being compared to the guitar legend.

“It’s only because he’s black, that’s really the only thing we have in common,” Prince said in 1985. “He plays different guitar than I do. If they really listened to my stuff, they’d hear more of a [Carlos] Santana influence than Jimi Hendrix. Hendrix played more blues; Santana played prettier. You can’t compare people, you really can’t – unless someone is blatantly trying to rip somebody off.”

Shortly after Prince’s 2016 death from an accidental overdose of fentanyl, Frehley’s former bandmate Gene Simmons got into hot water by saying that Prince’s use of drugs “killed him. What do you think, he died from a cold? … But how pathetic that he killed himself. Don’t kid yourself, that’s what he did. Slowly, I’ll grant you – but that’s what drugs and alcohol is: a slow death.”

After Simmons, who’s been famously anti-drug throughout his career, was taken to task by his own family and Kiss co-founder Paul Stanley, the bassist backtracked. “I apologize,” he wrote on Twitter. “I have a long history of getting very angry at what drugs do to the families [and] friends of the addicts. I get angry at drug users because of my experience being around them coming up in the rock scene. In my experience, they’ve made my life, and the lives of their loved ones, difficult. … Needless to say, I didn’t express myself properly here.”