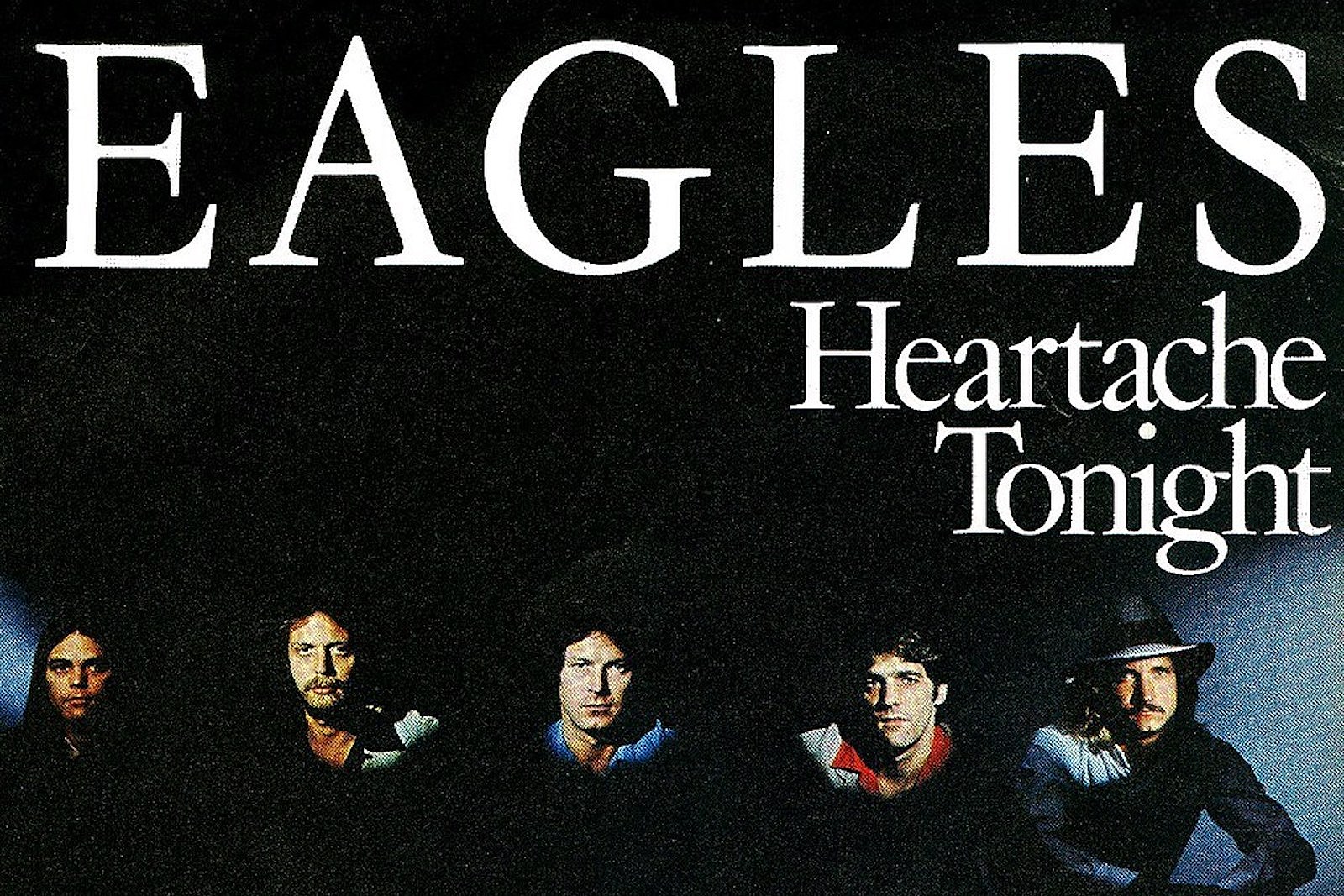 The Eagles‘ “Heartache Tonight” took forever to finish, like everything else on The Long Run.

Glenn Frey‘s initial inspiration was a straight-forward love of old Sam Cooke records, played out as a loose jam with J.D. Souther, one of the first people Frey met after he left Detroit for southern California. But then Frey got stuck. He ran it by Bob Seger, who’d originally taken Frey under his wing as a teen. Don Henley was involved, too.

Together, they somehow pieced together a fun-sounding Grammy winner. Released on Sept. 18, 1979, “Heartache Tonight” went on to become the Eagles’ final No. 1 single.

“Glenn Frey and I had been listening to Sam Cooke records at my house,” Souther told Songfacts in 2011. “So, we were just walking around, clapping our hands and snapping fingers and singing the verses to those songs. The melody sounds very much like those Sam Cooke shuffles.”

Something, however, was still missing. “We didn’t get to a chorus that we liked within the first few days, and I think Glenn was on the phone with Seger,” Souther added, “and he said, ‘I wanna run something by you,’ and sang it to him, and Seger just came right in with the chorus – just sang it and it was so good.”

They finally had a title that reflected the song’s flinty attitude. “Glenn had the verse: ‘Somebody’s gonna hurt someone before the night is through,'” Seger told Entertainment Weekly. “We hadn’t been sitting down for more that five minutes and I just blurted out, ‘There’s gonna be a heartache tonight!’ His eyes lit up huge.”

Ultimately, Souther didn’t count “Heartache Tonight” as any kind of literary triumph: “There’s not much to it,” he told Songfacts. “I mean, it’s really just two long verses. But it felt really good.”

Only they weren’t – because Henley was still in search of a huge drum sound. He eventually got it by laying down on the studio floor, placing a marching-band drum on his chest and hitting it with a mallet. “He did that forever,” Timothy B. Schmit told Rolling Stone. “It took a long time.”

Meanwhile, Frey had one lingering worry: “Glenn called me and said, ‘Is four writers okay on this?'” Souther told Songfacts. “And I said, ‘Sure, if it’s good.’ And he said, ‘Yeah, it’s great. Seger just sang this to me,’ and he sang it to me and I said, ‘That’s fantastic.'”

Sessions for The Long Run ended up stretching to more than a year, and the Eagles promptly split in its aftermath. But not before reaching the top of the charts again with this jigsaw puzzle of a song.

“The Long Run became, indeed, the long run,” Frey later told Cameron Crowe. “It was a difficult record to make overall, but I loved ‘Heartache Tonight.'”