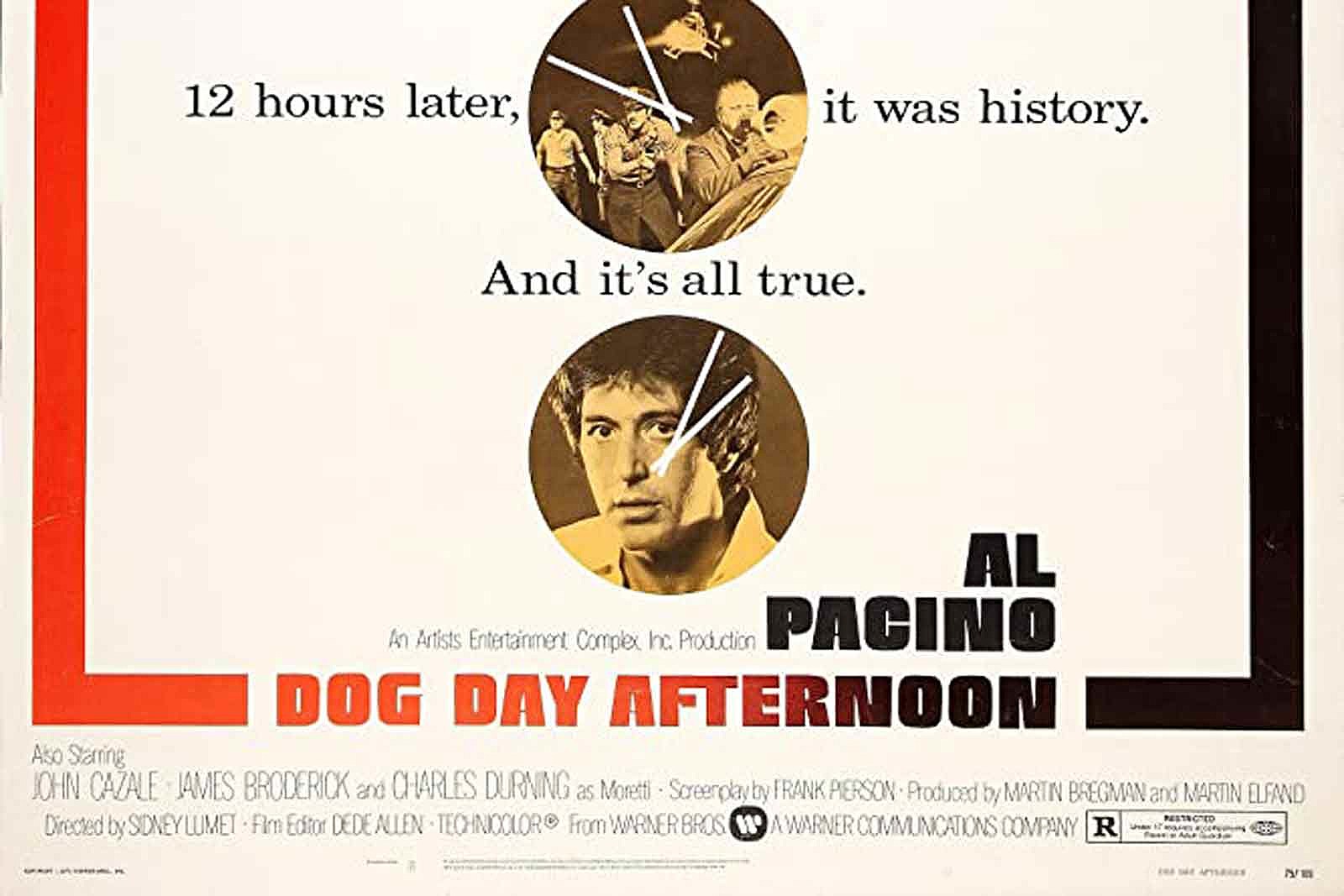 A little more than a year before Dog Day Afternoon premiered on Sept. 21, 1975, Richard Nixon became the first president to resign from office. The Vietnam War ended just four months earlier. And the United States was still reeling from a cultural revolution that spilled over from the final years of the previous decade.

Was there any doubt why the movie resonated so strongly with a fatigued nation? Or why it remains one of the cornerstone films of the ’70s after all these years?

Dog Day Afternoon was an immediate hit and, in a way, the most quintessential ’70s movie because it reflected the tipping-point anxieties of battle-scarred and pissed-off Americans at the mid-decade mark. And it was all based on a true story.

On Aug. 22, 1972, John Wojtowicz and Salvatore Naturale held up the Chase Manhattan Bank in Brooklyn. Things went wrong from the start: A third associate abandoned the robbers after he saw a cop outside the bank; not much money remained in the bank following the daily cash pickup; and a relatively simple heist turned into a 14-hour standoff when Wojtowicz and Naturale took seven employees hostage.

The screen version – written by Frank Pierson and directed by Sidney Lumet – fiddled with some of the facts: John Wojtowicz became Sonny Wortzik, and the real Wojtowicz claimed he left his wife two years before he met Elizabeth Eden, his transgender partner who’s the catalyst for the robbery in the movie. The money going toward Eden’s gender-affirming surgery, in reality, was only part of the reason for the robbery, and the film suggests Sonny and his wife separated over Eden.

But Dog Day Afternoon mostly adhered to a 1972 article in Life magazine, “The Boys in the Bank,” which recounted the true story that ended with Wojtowicz serving time for the botched robbery and Naturale’s death as he and Wojtowicz waited to board a getaway plane.

It’s a riveting story on its own, but the movie takes everything up several levels, starting with Lumet’s subtly simmering direction, Pierson’s thoughtful script and, most of all, Al Pacino‘s explosive performance as Sonny. The actor was hot after a streak of critical and commercial hits, including three Oscar nominations in the years leading up to Dog Day Afternoon for 1972’s The Godfather, 1973’s Serpico and 1974’s The Godfather: Part II.

He was nominated a fourth time for Dog Day Afternoon, and it’s no surprise: He’s the heart and soul of the movie, giving life and hero status to beleaguered bank robber Sonny. When he steps outside the bank with a hostage to talk to a negotiator, he begins screaming “Attica! Attica!” – a reference to the 1971 prison riot that left 43 people dead – and the gathered crowd cheers him on. Movie audiences felt the same way.

Ex-con Sal (played by Pacino’s Godfather castmate John Cazale) could be anxious and quick-tempered, but Sonny was different, and audiences – sick of the war, Nixon, social unrest and everything else that had been dumped on them the past several years – identified with this Army veteran who got backed into a corner by a country that discarded him at every turn.

Sonny is more than an antihero, though. He looks like a regular guy. He talks like a regular guy. And his commitment to the people around him – regret is all over Pacino’s face as he talks over the plan that seals Sal’s fate – aligned him more with his hostages than any of the guys outside of the bank attempting to diffuse the situation.

In fact, both the bank manager and one of the tellers recounted in “The Boys in the Bank” how much they liked and bonded with their captors. That facet carried over to the film, as did director Lumet’s eye for New York City detail. He let his cast wander from the script at times and kept the usual movie adornments spare, using no musical score other than three contemporary songs heard on radios outside the bank.

Audiences and critics loved it. Dog Day Afternoon was nominated for six Oscars, including Best Picture, Best Director and Best Actor, but Pierson was the only winner, snagging a statue for his original screenplay. It most likely would have collected more if the movie didn’t happen to come out the same year as the Oscar-hogging One Flew Over the Cuckoo’s Nest, only the second film in history to win all five major Academy Awards.

Still, its legacy is preserved. The movie is a time-capsule moment, but more so than almost any other that came out in the ’70s, Dog Day Afternoon bottled the mood of a nation, as cynicism became a normal way of life. No other era could have produced the story – the real one or the one seen onscreen. All these years later, it matters for other reasons. But there’s no getting around its outsider hero and his struggle to do the right thing, even as he’s doing the wrong one.