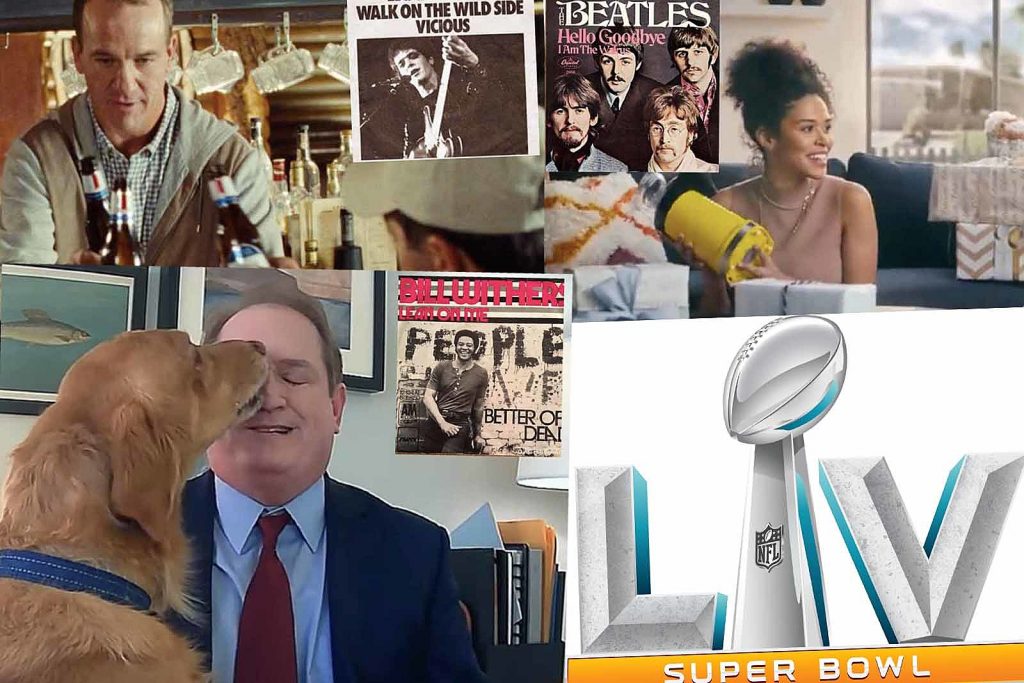 Classic rock will once again be well represented in commercials airing during Super Bowl LV.

This year, football fans will hear songs by the Beatles, Lou Reed and Bill Withers during the National Football League’s annual championship game, which will be played on Feb. 7 between the Tampa Bay Buccaneers and last year’s winners, the Kansas City Chiefs. But, as with almost everything else over the past 10 months, the coronavirus pandemic has affected not only the game, but also the ads. (The Super Bowl will be played in front of only 22,000 fans at Tampa’s 66,000-seat Raymond James Stadium this year.)

One company cast actors who live together rather than risk exposing strangers to the virus. Another major brand, which has run spots at every Super Bowl for 37 years, has announced that it will launch a campaign aimed at promoting awareness of COVID-19 vaccines. Instead of spending $5.5 million for every 30 seconds of airtime during the game, they created a high-profile commercial about the resiliency of Americans that’s airing outside of the game.

You can check out the Super Bowl LV commercials that use classic rock below.

A Super Bowl without the Budweiser Clydesdales seems almost unfathomable, considering how the beer brand has run a commercial every year since the mid-’80s. But for the first time in 37 years, Budweiser is devoting its advertising budget for the big game to promote awareness of COVID-19 vaccines. They partnered with the Ad Council and COVID Collaborative to make an ad, narrated by actress Rashida Jones, that shows how Americans have persevered throughout the pandemic and set it to a cover of Bill Withers’ “Lean on Me.” Anheuser-Busch will still be represented at the game through Michelob Ultra (see below).

Mercari, “Get Your Unused Things Back in the Game”

Mercari, an app that connects people looking to buy and sell items, commissioned a cover of the Beatles’ 1967 hit “Hello, Goodbye” for their commercial. The 15-second clip shows a couple that received identical popcorn makers as gifts and then uses Mercari to offload one of them. The campaign was launched in December 2020 with a longer ad that featured the same recording. Because of the pandemic, the ad agency hired actors who were already living together, which an executive for the agency believed made for a more authentic and emotional piece.

Herbie Flowers’ famous bass line on Lou Reed’s “Walk on the Wild Side” shows up in Michelob Ultra’s Super Bowl ad through its sampling in A Tribe Called Quest‘s “Can I Kick It?” The commercial features world-class athletes like Peyton Manning, Serena Williams, Alex Morgan and Jimmy Butler enjoying life with their friends as a voiceover questions whether the men and women were happy because they won or if they won because they were happy.