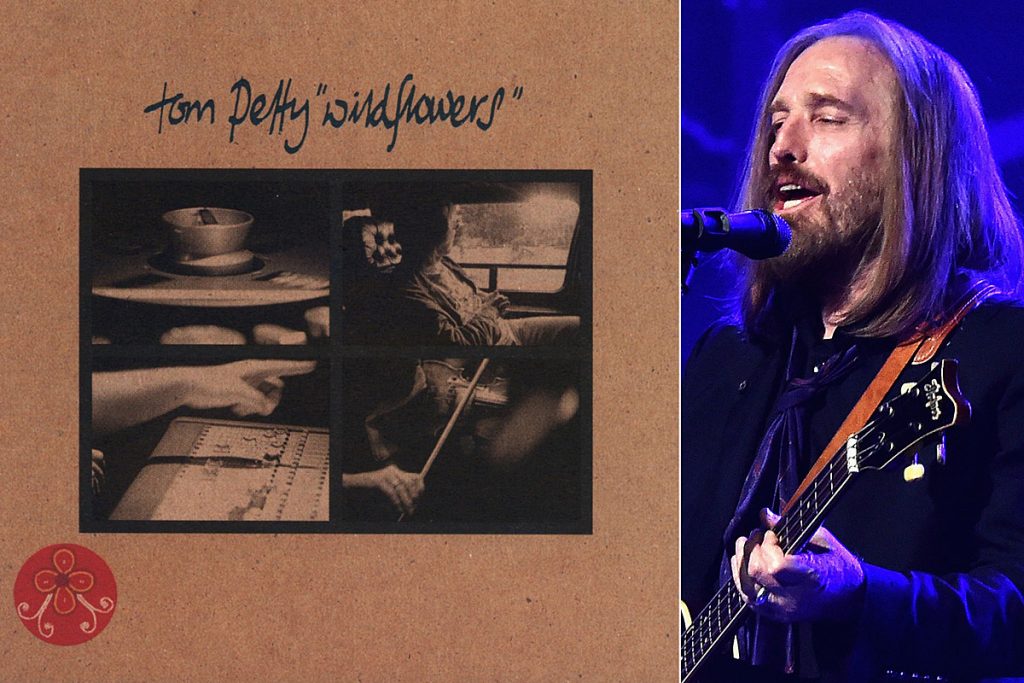 The release of an album usually marks the end of one phase of an artist’s career. But in the case of Tom Petty’s Wildflowers, which came out on Nov. 1, 1994, there was no such sense of closure. The project haunted him until his death in 2017, and now, 25 years after its partial arrival, it continues to haunt his fans.

Sessions began in 1992, when Petty began collaborating with producer Rick Rubin with the intention of creating a follow-up to 1989’s solo debut Full Moon Fever. Like its predecessor, it featured most of the members of the Heartbreakers, but Petty wanted to distance himself from the constraints of his band’s output, while also continuing their working relationship.

Two years on, Rubin reported later, they’d recorded “between 26 and 28 songs,” with the intention for Wildflowers to be a double album. However, Warner Bros. Records had other ideas; label boss Lenny Waronker persuaded Petty to trim the LP to a 15-track single-length release, feeling it would be a stronger product in a marketing sense.

Results appeared to prove Waronker right: Wildflowers reached No.8 on the Billboard 200, and the singles “You Don’t Know How It Feels,” “You Wreck Me,” “It’s Good to Be King” and “A Higher Place” all hit the top 20 in the Mainstream Rock Chart. To date, the LP has been certified three times platinum in the U.S.

Listen to Tom Petty’s ‘Cabin Down Below’

Some of the reserved material did make it into the wild, though not always in the originally envisioned form. Several songs appeared as B-sides on Wildflowers singles: “Cabin Down Below” (B-side of “It’s Good to Be King”), “Only a Broken Heart” (B-side of “A Higher Place”) and “Girl on LSD” (B-side of “You Don’t Know How it Feels”). Versions of “Hope You Never,” “California” and “Hung Up and Overdue” were added to the 1996 Heartbreakers LP Songs and Music From She’s the One.

In 2015, in anticipation of a 20th-anniversary extended release, the single “Somewhere Under Heaven” was launched – though the extended LP never surfaced. Following Petty’s death, “Lonesome Dave” was released as part of the collection An American Treasure.

During the last years of his life, Petty began talking up the idea of completing the Wildflowers project. In 2015, he and Rubin gathered to listen to the leftover material, some of which had been updated in the intervening years. The producer recalled being “floored” by the quality. “Some of them just hit me like, ‘Wow, what a great song! How did we ever miss this?'” he recalled.

At the meeting, Petty owned up to having a strange relationship with the leftover tracks. “He told me Wildflowers scares him, because he’s not really sure why it’s as good as it is,” Rubin said. “So it has this, like, haunted feeling for him. … He loves it, but it’s not like he can turn that on again. He couldn’t make Wildflowers 2 today. That was the point. The point was, ‘I can’t do this now. This was then, and it was where I was then and it was a prolific period. This is an extension of that moment.'”

Listen to Tom Petty’s ‘Only a Broken Heart’

Rubin added that Petty “thought it was really important because the legacy of the Wildflowers album loomed large in his career. … He knew that the second half of Wildflowers was an important statement. … He didn’t want to put it out as a new Tom Petty album, ’cause it’s not a new Tom Petty album — it was recorded 25 years ago — and he didn’t want to release it as an old catalog album because he thought it deserved more than being a catalog album. He felt like it was too good to just put out and was sort of looking for the right story where it would have the exposure that it deserved. And he never came up with it.”

When Petty died in 2017, he at least had an idea of what he wanted to achieve. He’d begun talking to a number of collaborators about a Wildflowers tour – Norah Jones had agreed to take part – though the road trip had been put on hold while the Heartbreakers marked their 40th anniversary.

“That album was really about sound in a big way,” Petty told Rolling Stone the year before his death. “I would like to go out there and perform the entire album as it was originally conceived with all of the songs. … Nobody has ever done something like this, where you’re previewing the second part of a never-released album. How often does that happen? It’s old and new at the same time.”

He also explained that, despite having heard some of the additional material, fans hadn’t necessarily heard them the way he wanted them. “I think I put four of the [Wildflowers outtakes] on the She’s the One soundtrack just to fill out the album,” he said.

“But they were very hastily mixed. Take ‘Climb That Hill.’ There’s a version of that on She’s the One, but the Wildflowers one, I think, is extremely better. I’m gonna put that out. ‘Hung Up and Overdue’ is another one we remixed and it turned into an epic. I had Carl Wilson [of the Beach Boys] and [Heartbreakers bassist] Howie Epstein singing quite a bit of harmony that didn’t come through on the original. Then again, there’s probably six songs that nobody has heard. There’s 11 or 12 [new] songs on the album. I think people are going to like it a lot. I like it a lot.”

Petty echoed his doubts as to how the release should be achieved. “At one point the label really just wanted to put it out as a standalone album,” he explained. “And then there’s the point of view where they want to put both records together. There’s also the point of view that wants the box set with the demos and all that. I don’t see that as much fun, but other people do.”

Presumably responding to Petty’s desire to have the music released, the Heartbreakers announced in 2018 that Wildflowers: All The Rest was in their plans, possibly as a box set. However, in the aftermath of his death, his widow found herself in dispute with Petty’s two daughters, and the release was apparently caught in the crossfire. Reports suggested that the daughters didn’t believe that the 25th anniversary was the right time for the release; and that certain stalemates made it difficult to reach any decisions.

Once all this sorts itself out, the complete Wildflowers should arrive at some point in the future. Petty confirmed in 2015 that, as far as he was concerned, it was ready to go, after discussing the release of unheard songs in conjunction with other archive material. “Warner Bros. came back to us and said, ‘Look, this is far too good a record to just send straight to the catalog racks. We’re going to put it out as its own album,'” he said. “I was behind that decision too. It’s done and we’re eventually going to put it out. It’s just sitting there finished, so I’m waiting to hear when they’re going to put it out.”