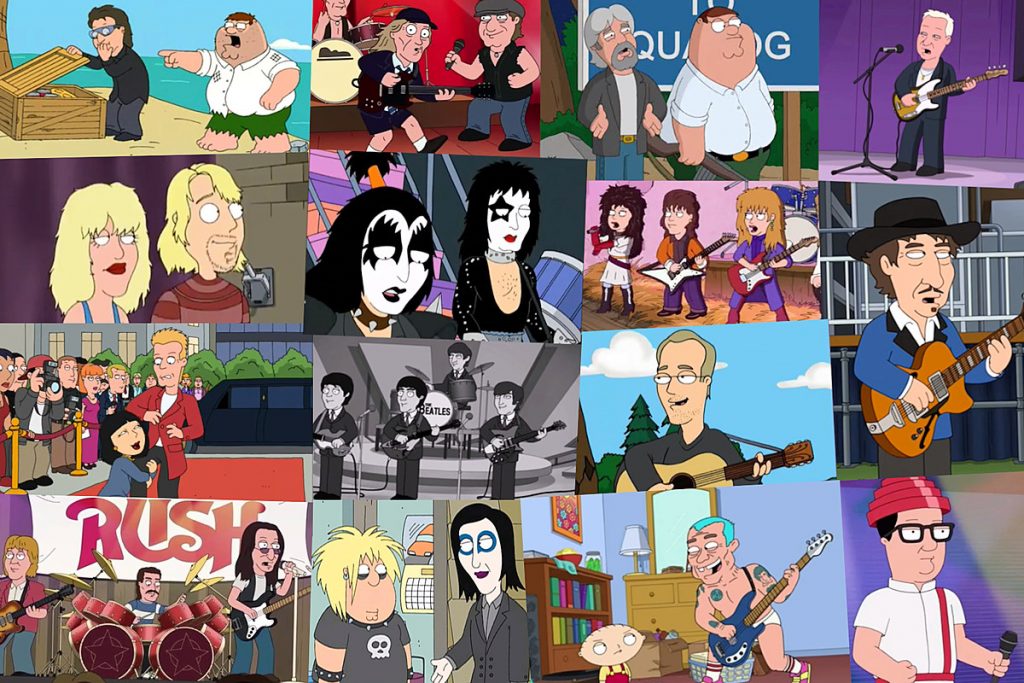 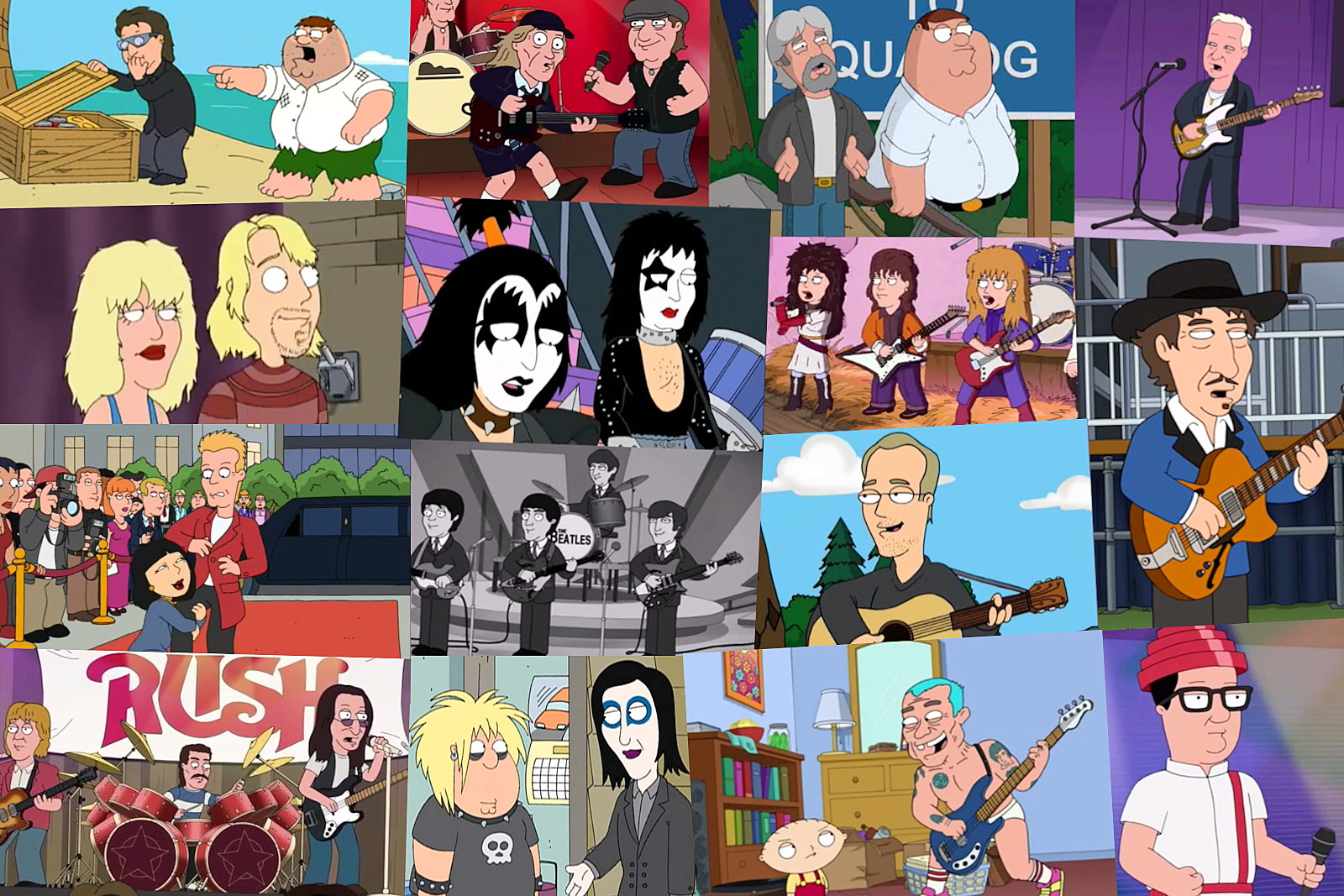 Since debuting in 1999, Family Guy has made a regular habit of skewering every facet of society and pop culture. Politicians, movies, celebrities, religion – nothing is off limits to creator Seth MacFarlane and his staff. That means many of rock’s biggest names have seen themselves featured on the hit animated series.

The Family Guy writers have found a multitude of ways to weave music references into their storylines – whether it’s Peter Griffin becoming dangerously obsessed with Van Halen or Rush contributing to a classic literature joke – while often utilizing the series’ famous use of cutaway gags.

Together, the Griffin family – Peter, Lois, Chris, Meg and Stewie – along with their fellow Quahog, R.I., residents, have rubbed animated elbows with some of the most influential names in rock history. The Beatles, Sting, David Lee Roth and AC/DC are just some of the many famous musicians to pop up on the series over the years.

In the majority of cases, these rock stars were imitated by voice actors. Yet, in some instances, high-profile artists opted to play themselves. Peter Frampton, Kenny Loggins and Red Hot Chili Peppers’ bassist Flea are among the artists who have lent lent their voices to the show.

In addition, the members of Kiss – Gene Simmons, Paul Stanley, Peter Criss and Ace Frehley – appeared in multiple episodes, playing a pivotal role in a couple of Family Guy’s early plots. The band later popped-up in the show’s mobile game, a nod to its significance in the Family Guy universe.

We poured through more than 300 episodes to find the below collection of Family Guy’s most memorable rock star moments.