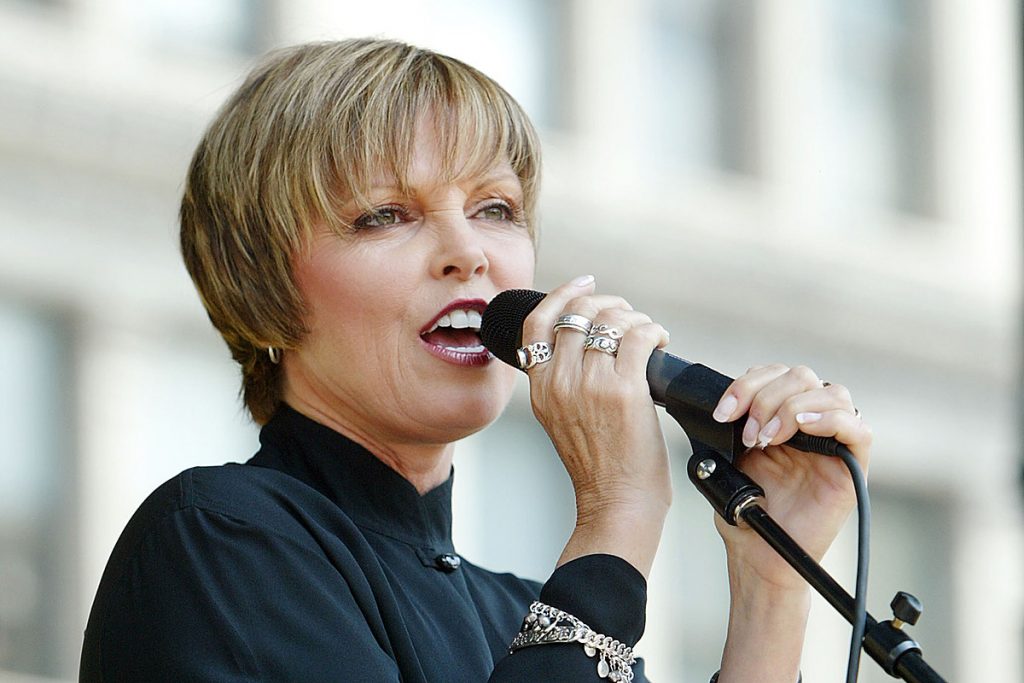 Debates over the Rock & Roll Hall of Fame have raged since the institution’s formation. Two of the loudest arguments of recent years have been that the Hall does not include enough women and that it seemingly overlooks artists who peaked during the ’80s. In the case of Pat Benatar, both may be at play.

Born Patricia Mae Andrzejewski, the singer became one of the most popular women in music thanks to her powerful vocals and tough-as-nails attitude. At a time when men dominated both the music industry and the radio airwaves, Benatar helped blaze a trail for strong, empowered frontwomen.

The singer is often aligned with Heart and Joan Jett, influential female artists who rose to rock prominence in roughly the same era. Heart (2013) and Jett (2015) have both received their Rock Hall honors. Now Benatar seems poised to follow them into enshrinement. Here are five reasons the singer deserves to be inducted.

Benatar released seven studio albums during the ’80s. Five of them earned platinum certification, with the other two going gold (1979’s In the Heat of the Night would also earn platinum status in the ‘80s). During the same time frame, 15 of Benatar’s singles reached the Billboard Top 40, making the singer a mainstay on ‘80s radio. In all, the rocker sold more than 10 million albums in the decade, placing her among the most successful female artists of the era. Benatar was also a critical darling, earning Grammy awards in four straight years (1980-83), all in the category of Best Female Rock Vocal Performance.

Even though Benatar hit her commercial peak more than 30 years ago, the singer’s material continues to resonate with modern recording artists. A cursory glance at musicians who have covered her work shows just how influential the rocker has been. Kelly Clarkson, Carrie Underwood, Cee Lo Green, Avril Lavigne and even Alvin and the Chipmunks (seriously) have performed Benatar’s songs. Her influence even crosses music genre boundaries, as rappers Lil’ Kim and Pitbull have sampled Benatar’s tunes. In fact, the singer’s work seems to only be increasing in popularity as it ages. Between 1999-2018, Benatar’s songs were covered or sampled by at least one artist per year.

3. She Was the First Female Artist Played on MTV

Most music fans know that “Video Killed the Radio Star” by the Buggles was the first music video aired on MTV. A lesser known fact is that Benatar’s clip for “You Better Run” was second. This achievement is notable for more than just TV trivia. With the video, Benatar became the first female artist to be shown on MTV. “We had no idea what was about to happen,” the rocker told Inspirer magazine of her trailblazing MTV experience. “We thought we were just doing another performance video that would be shown on TV. The idea that the video would be played 24 hours a day — was unfathomable. In one week, our lives were forever changed.”

4. She Fought for Everything She Got

Benatar’s early years were anything but glamorous. With a beautician mother and metal worker father, the future rock star was born into a blue-collar household. Though she showed signs of vocal talent from an early age, Benatar seemed destined for a simpler life. She married young, planned to pursue a career in health care and worked as a bank teller to make ends meet. However, after catching a glimpse of Liza Minelli performing, Benatar made the bold choice to pursue her musical dreams. This included becoming a divorcee at only 26 years old (something far less common in those days). It also meant developing thick skin and a strong voice in order to survive in the boys club world of rock at the time. “Every day, you’re trying to survive in this world that wasn’t created for you,” Benatar explained to the Chicago Tribune of her early years, “and you’re flailing about in the universe, and there’s no handbook.”

Even after the singer had determined her desired direction, she had difficulty getting others to buy-in. In her memoir Between a Heart and a Rock Place, Benatar noted that her record label wanted to make her a “pop star or New Wave singer” rather than a rocker. “The thought of having a female front person who could compete with male rockers, filling arenas, selling massive amounts of records was unheard-of.”

In an impressive catalog that features such classic hits as “Heartbreaker,” “Hit Me With Your Best Shot” and “Love Is a Battlefield,” it’s hard to highlight just one track. Still, there’s something about Benatar’s 1984 single “We Belong” that rises above the rest. The track hit No. 5 on the Billboard Hot 100, tying “Battlefield” for the highest position of the singer’s career. Internationally, “We Belong” charted in 10 additional countries, including Australia, Ireland, Switzerland and Germany. The music video — featuring Benatar enshrouded in white, singing by a waterfall and accompanied by a children’s choir — became one of the most recognizable of the ‘80s. Even decades after its release, the song continues to have a place in pop-culture. The track was featured in the films Pitch Perfect 2, Deadpool 2, and, perhaps most memorably, Talladega Nights: The Ballad of Ricky Bobby.