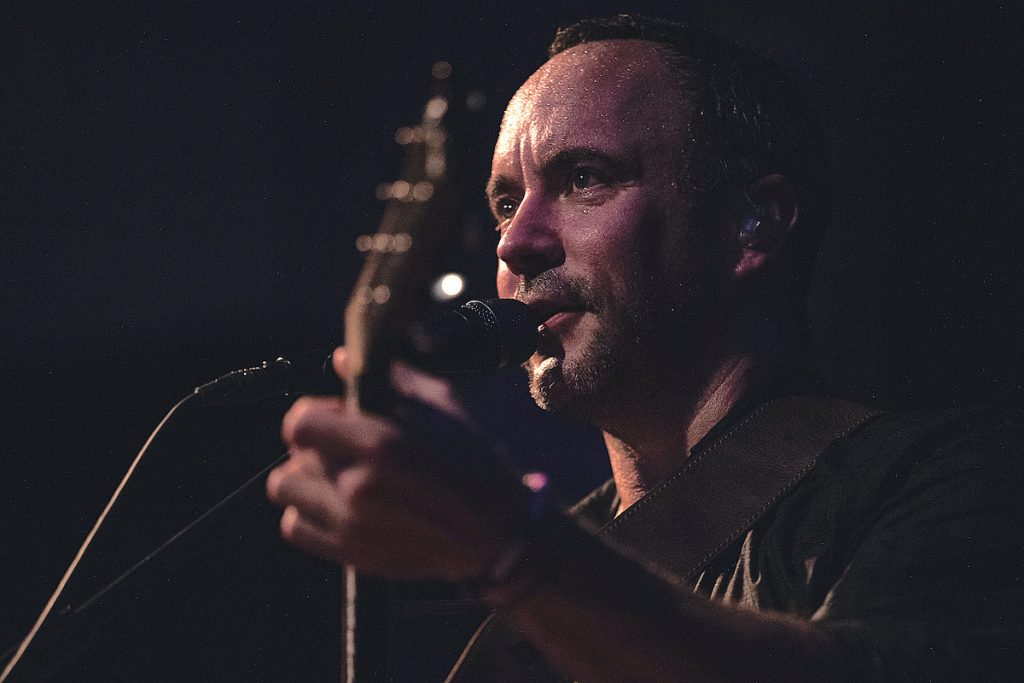 Dave Matthews Band has dominated the fan vote for the 2020 class of the Rock & Roll Hall of Fame. That kind of first-place finish led to quick induction in the past for acts like Bon Jovi, Chicago, Def Leppard, Journey, Kiss, Rush and Stevie Ray Vaughan.

Nevertheless, it doesn’t make Dave Matthews Band a shoo in. After all, the Rock Hall has been notably reticent toward ’90s-era bands.

Could the Dave Matthews Band get squeezed out? That would overlook both the will of the people – the fan vote counts as one ballot, along with others sent to approximately 1,000 artists, historians and music-industry figures – as well as some notable accomplishments. Here are five reasons the Dave Matthews Band should be in the Rock & Roll Hall of Fame:

1. Even Before This, the Fans Have Spoken

The highest-grossing touring act of the ’00s wasn’t U2, the Rolling Stones or Madonna. Instead, it was the Dave Matthews Band. Between 2000-10, the group raked in more than $529 million in concert-ticket sales in North America alone. At the same time, they’ve amassed the most consecutive No. 1 debuting studio albums ever for a group – seven in all. (Ironically, that streak doesn’t include Under the Table and Dreaming and Crash, the two ’90s projects that hurtled the Dave Matthews Band to stardom.) Only two rock bands – the Stones and the Beatles – have notched more Top 10 albums. They’ve got half a dozen platinum-selling live albums, too.

They’ve been tagged as a jam band, and lured their share of pop-loving emo teens. But the Dave Matthews Band can rock. Don’t believe us? Check out “Drive In Drive Out” from 1996’s Crash Into Me, any live version of “Halloween” from 1998’s Before These Crowded Streets, or “Bartender” from 2002’s Busted Stuff, among many others. Of course, along the way they’ll also stir in some jazz, folk, blues and (yes) adult contemporary-ish pop. But that’s only widened their influences beyond obvious musical descendants like John Mayer and Jason Mraz. Country’s Zac Brown Band features fiddler Jimmy De Martini, who actually used to perform with a tribute act called the Dave Matthews Cover Band. Chicago folk singer Ryley Walker devoted an entire album to Matthews, crafting a song-for-song remake of the group’s long-sought-after Lillywhite Sessions bootleg.

If the Dave Matthews Band’s legendary live concerts are any indication, a potential appearance at the Public Auditorium on May 2, 2020 in Cleveland would be epic. The group tours every year in the U.S., and often plays internationally, as well – so they’ll arrive sharp as a tack. They’ve also retained an easy sense of interplay that turns familiar songs like “#41” into these extended musical explorations. (Featured on 1996’s Crash, that tune was originally known as “41 Police” because of the reggae-tinged New Wave group’s obvious influence.)

4. He Actually Talks About Big Things

If you don’t listen too deeply, it’s easy to accept the notion that Dave Matthews songs are mostly about sex. (Well, and the occasional toke.) From “Crash Into Me” to “Can’t Stop,” he basically made a career out of an apparently ceaseless carnal desire. (Well, and the occasional toke.) But there’s more – much more – to Matthews’ music. There were references to environmentalism and anti-war messages even at his late-’90s-era commercial zenith. “Don’t Drink the Water,” the lead single (!) from Before These Crowded Streets, dealt with the horrors of colonialism. Matthews has credited Bob Marley, in part, for sparking a sense of activism – but he’s made these issues his own over the years. Matthews also began dealing with the aftermath of those sex-crazed adventures: “Samurai Cop (Oh Joy Begin)” celebrated the wonders of parenting.

Matthews is joined by fellow current band members Carter Beauford, Stefan Lessard, Jeff Coffin, Rashawn Ross and Tim Reynolds on this year’s Rock & Roll Hall of Fame ballot. But the loss of two other nominated contributors, violinist Boyd Tinsley and saxophonist LeRoi Moore, could very easily have derailed it all. They each played key roles in creating the Dave Matthews Band’s genre-defying sound. Moore, the 46-year-old heart of the group, unexpectedly died from complications after an ATV accident in 2008. They later honored him with 2009’s Big Whiskey & the GrooGrux King, referencing the saxist in the title, cover image and on the moving tribute “Why I Am.” Tinsley departed in 2018 under a cloud of sexual-harassment accusations, and was later sued. Through it all, they stayed on the road – and stayed involved. The Dave Matthews Band’s charitable arm, called Bama Works, is responsible for more than $40 million in donations to initiatives involved with equal rights, community support and the environment.