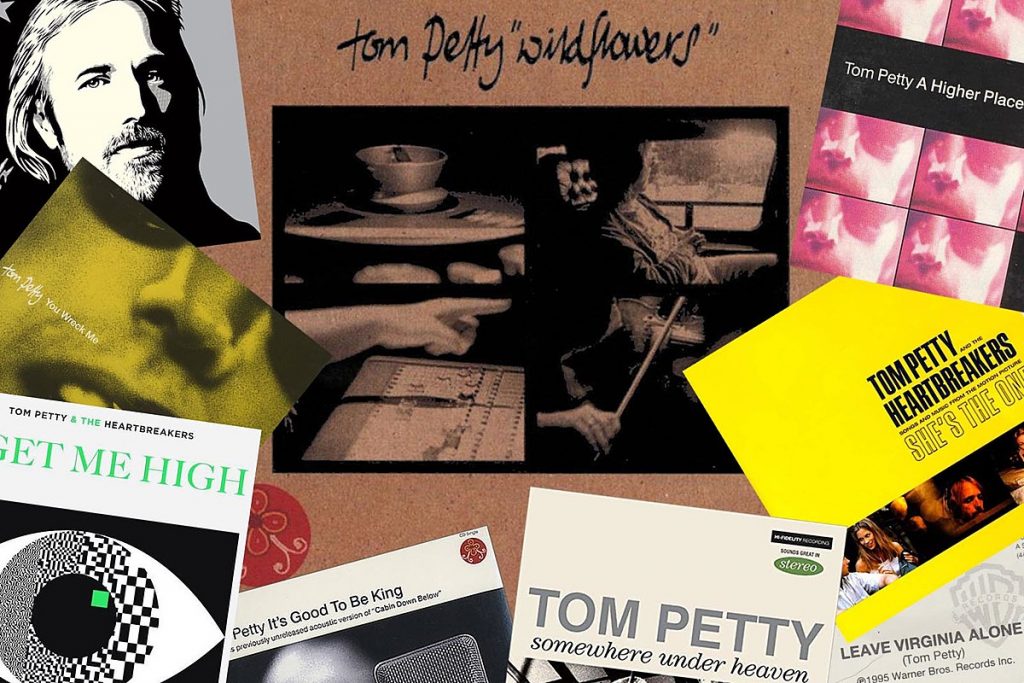 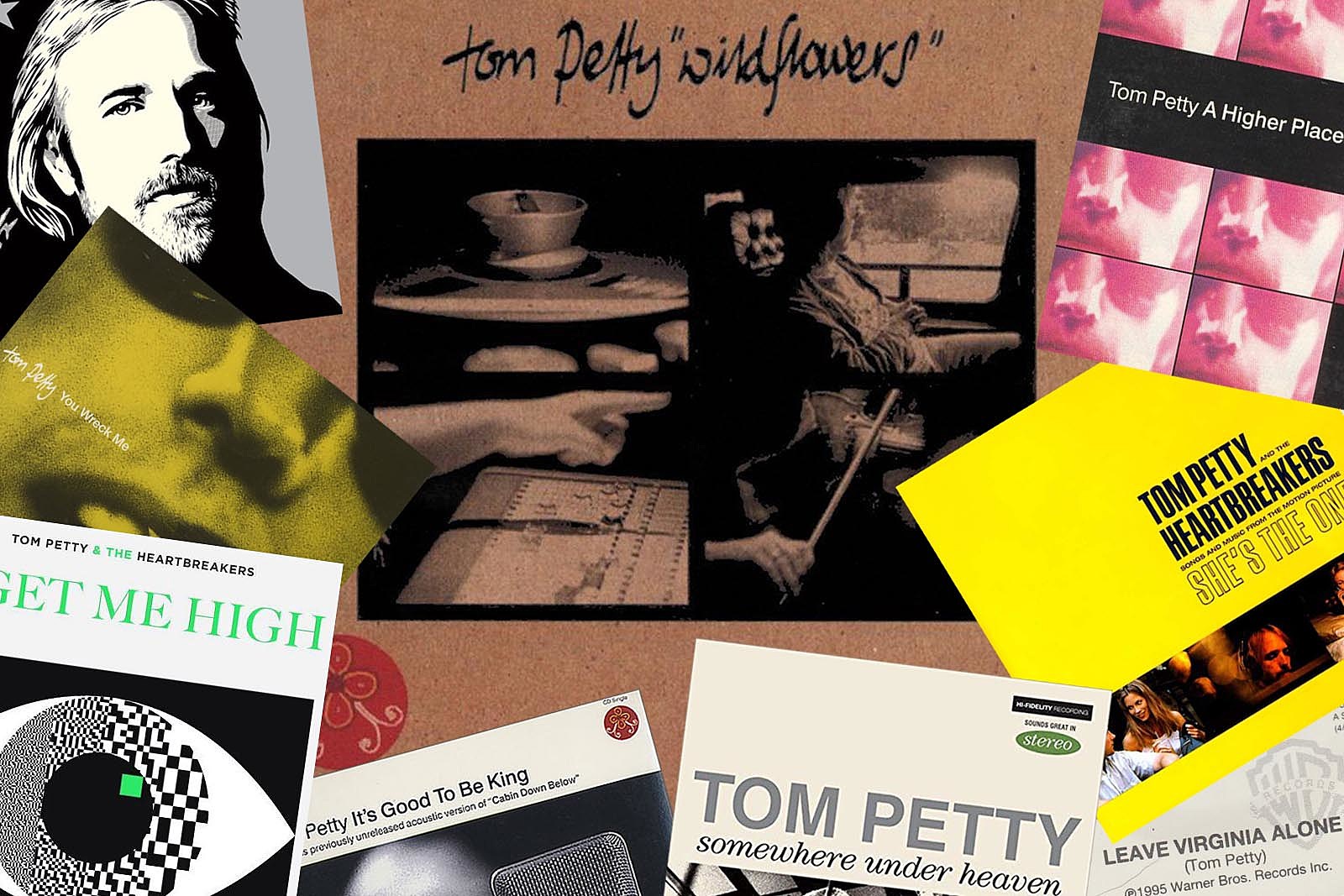 Tom Petty‘s original double-album vision for 1994’s Wildflowers is finally coming to fruition. A long-awaited expanded reissue, titled Wildflowers & All the Rest, arrives on Oct. 16 with 10 additional songs. Deluxe versions include 15 home demos and another 14 live performances captured between 1995 and 2017.

Five of the 10 songs on All the Rest have never been officially issued, while the others were scattered in one form or another across various follow-ups, singles and box sets. Most notable was the soundtrack for 1996’s She’s the One, which became home to “Hope You Never,” “California” and “Hung Up and Overdue.” Petty subsequently described the album as “almost Volume II of Wildflowers.”

Petty had been tinkering with this reissue project for a long time when he suddenly died in 2017. He released the leftover track “Somewhere Under Heaven” two years earlier, calling it a teaser for a proposed 20th-anniversary expanded edition.

“There’s probably six songs that nobody has heard,” Petty told Rolling Stone back then, estimating that he had “11 or 12 [additional] songs” earmarked for the project.

This reissue was clearly on his mind, right until the end. Five of the 18 songs performed during Petty’s final concert in Los Angeles were from Wildflowers. But his accidental drug overdose seemed to have shelved the expanded reissue forever.

Petty’s family, and a trio of close musical collaborators, ultimately decided to fulfill his vision – and then some. Former Heartbreakers Mike Campbell and Benmont Tench were joined by longtime engineer and co-producer Ryan Ulyate in the studio. Wife Dana and daughters Adria and Annakim described the process as “many, many hours of pure sonic joy.”

Here’s a deep dive into some key extras.

“Somewhere Under Heaven”: Issued as a stand-alone song, this track was also prominently featured on the soundtrack to 2015’s movie version of Entourage. “Rick mentioned that Tom Petty had a bunch of unreleased songs from when he did Wildflowers, and that there was gonna be a second album at one point. So I said, ‘Can we hear it while we’re sitting here?'” Entourage creator Doug Ellin told Fader. “It sounded like Tom Petty from 20 years ago, because it was Tom Petty from 20 years ago.”

“California”: One of three songs from the Wildflowers sessions included without any subsequent changes on 1996’s Songs and Music From ‘She’s the One’, along with “Hope You Never” and “Hung Up and Overdue.” “Climb That Hill” and “Supernatural Radio,” though also outtakes from Wildflowers, were reworked for the film.

“Leave Virginia Alone”: Written and recorded during Wildflowers, “Leave Virginia Alone” was later given to Rod Stewart, who made it a single from 1995’s A Spanner in the Works. “It was for Tom Petty’s album, and he took it off because it was too close lyrically to something that was a hit beforehand,” Stewart told Billboard. Adding that he wasn’t a Petty fan, Stewart said this song “absolutely went by me; it took me two or three good listens. I had to be persuaded to do it, in other words. But now, I’m glad I did.” His version of “Leave Virginia Alone” reached the Top 10 on the adult-contemporary chart.

“Something Could Happen”: A previously unreleased track that was reportedly submitted for copyright with the rest of the songs on Wildflowers in 1994.

“Hope You Never”: Another outtake that ended up on She’s the One, “Hope You Never” boasts a canny mix of revenge and bliss that would have fit well anywhere on the very adult, sometimes very dark Wildflowers.

“Climb That Hill”: Petty likewise placed this song on the soundtrack, though he subsequently admitted that he preferred an earlier take. “There’s a version of that on She’s the One,” Petty told Rolling Stone in 2016, “but the Wildflowers one I think is extremely better.”

“Girl on LSD”: This song, which eventually appeared as a B-side to the No. 13 hit 1994 single “You Don’t Know How It Feels,” was probably dropped from the final running order because of its overt drug references. Dig deeper, though, and “Girl on LSD” reveals a different kind of addiction. “Through ecstasy, crystal meth and glue,” Petty sings, “I found no drug compares to you.”

“Confusion Wheel”: Also reportedly submitted for copyright in the summer of 1994 as part of Wildflowers, but it’s never been released before All the Rest.

“Hung Up and Overdue”: Initially released on She’s the One, this song has apparently been updated for inclusion on All the Rest. “‘Hung Up and Overdue” is another one we remixed, and it turned into an epic,” Petty told Rolling Stone. “I had Carl Wilson [of the Beach Boys] and [Heartbreakers bassist] Howie Epstein singing quite a bit of harmony that didn’t come through on the original.”

“Don’t Fade on Me”: A previously unheard 1994-era alternate take on this Wildflowers song was part of the posthumous An American Treasure set in 2018. Featuring only Petty and Mike Campbell, the song echoes the stark vulnerability Wildflowers producer Rick Rubin brought to his work with Johnny Cash. Campbell walked Petty through a distinct, drop D-tuned guitar sound, and Petty gave him a co-composing credit. “He said, ‘Well, I didn’t really write it,'” Petty remembered in Conversations With Tom Petty. “I said, ‘Well, no, you did. You wrote that bit, because I wouldn’t have known that if you didn’t show it to me.'”

“Wake Up Time”: Another track from the early sessions from Wildflowers, this 1992 outtake was reportedly cut by Petty on both on acoustic guitar and at the piano. A delicately conveyed, broken but beautiful coda on the original album, “Wake Up Time” also appeared as an alternate take on An American Treasure. Petty later said this song was always destined to be the last song on Wildflowers, even when he didn’t know what the first one would be. “You know, you write so many of them, and you hope for something like ‘Wake Up Time,'” he said in Conversations With Tom Petty. “And now and then, you get it. And that’s enough inspiration to keep going.”