A Sympathetic Take on a Modern Tragedy 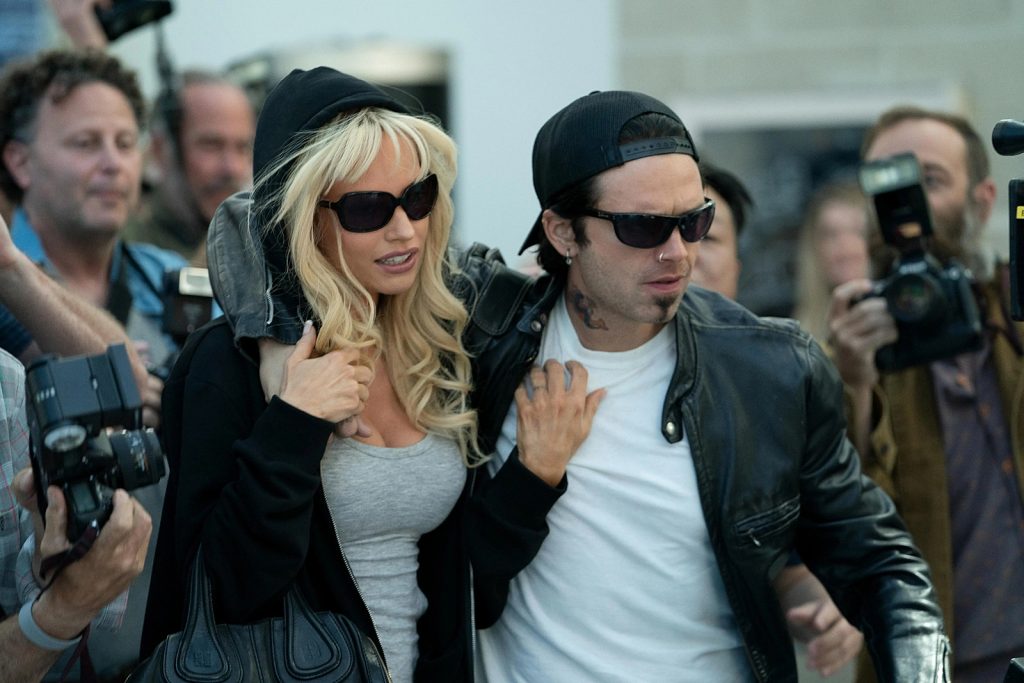 While most couples’ 25-five-year-old vacation videos languish in the back of dust-covered bookcases, Pamela Anderson and Tommy Lee‘s infamous sex tape is now the subject of an unexpectedly compelling six-hour Hulu miniseries, Pam & Tommy.

Although it was made without the participation of its main subjects, Pam & Tommy offers a mostly sympathetic take on the couple, portraying the entire saga as a modern-day tragedy caused by an escalating series of personality conflicts and bad judgment calls.

Sebastian Stan (best known as Bucky Barnes and the Winter Soldier in the Marvel Cinematic Universe) delivers a charismatic performance as Lee, quickly shifting between explosive rage, irresistible charm and sincere attempts to grow and help his new wife through a difficult situation that he is also responsible for and keeps unintentionally making worse.

Lily James is excellent as the increasingly frustrated but never helpless or defeated Anderson. At several points in the story things would have gone much better if Lee, their lawyers and other management types would have just shut up and taken her advice.

Stan will most likely get the most attention for a scene in which Lee talks to his penis. The filmmakers certainly go out of their way to make sure it’s the most discussed part of the series. But it shouldn’t be.

Pam & Tommy is based on a Rolling Stone article about carpenter Rand Gauthier’s theft and bootlegging of a private and sexually explicit videotape Anderson and Lee made while on vacation in 1995. Seth Rogan portrays Gauthier as an initially decent and legitimately wronged person who doesn’t realize until way too late that his revenge plan has done more damage to others – including himself – than it has to Lee.

Eight television episodes about a 54-minute videotape may seem like a lot. But Pam & Tommy justifies its running time with flashbacks that show how Anderson and Gauthier unwittingly arrived at cross purposes, and help illuminate the decisions and realizations they each make during the various stages of this escalating conflict.

The series also points out the stupendously bad luck Anderson and Lee had in terms of timing. Their tape arrived just as an early and lawless version of the internet gained enough of a foothold on society to do real damage. This hits Anderson, who is fighting to be seen as more than a sex symbol, at a particularly vulnerable time in her career.

Even though the couple doesn’t even have internet access at home – Lee’s bandmate Nikki Sixx has to show him how to type “www” – they soon learn of its power as they helplessly watch their once-private video spread to computer screens around the world. The damage done to their marriage is long-lasting.

A late-series scene in which Lee tries to cheer up Anderson by sneaking into an opening-night showing of her 1996 big-screen bomb Barb Wire, only to find fans laughing at scenes not meant to be funny, is particularly poignant. It’s one of several genuinely touching and affecting moments in a series that over-delivers at nearly every opportunity.

The first three episodes of Pam & Tommy premiere on Hulu on Feb. 2.