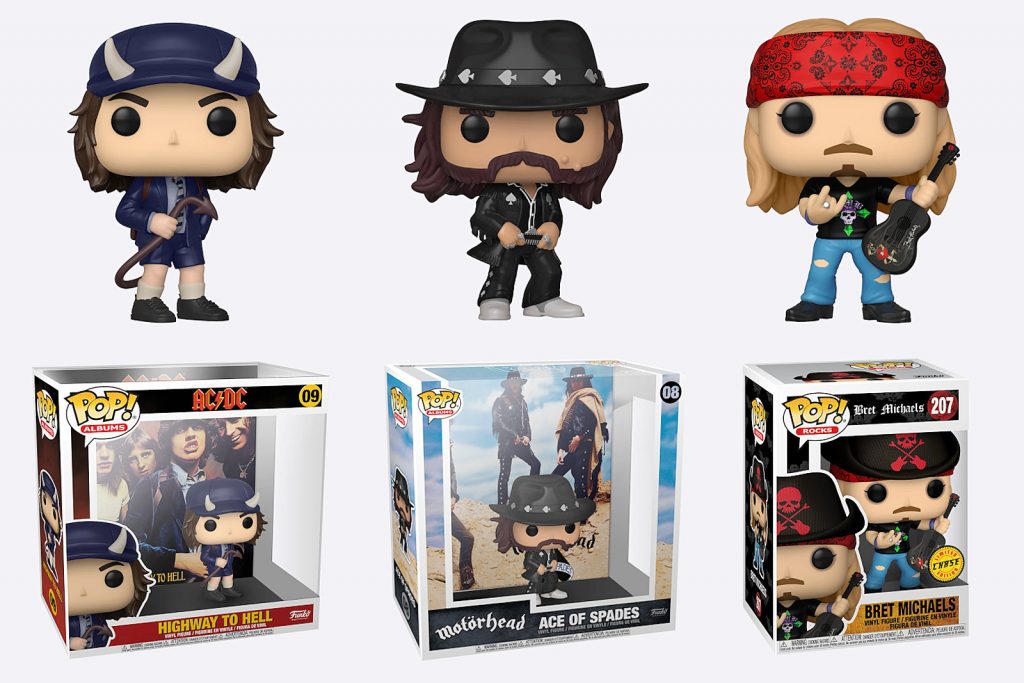 AC/DC, Motorhead and Bret Michaels are the latest rock stars to receive the Funko Pops! treatment.

The new AC/DC and Motorhead figures arrive as part of the Album series, which sees the collectibles accompanied by a replica of one of the artists’ classic albums.

For AC/DC, the choice was their iconic 1979 LP Highway To Hell. The set comes with a figure of Angus Young in his devilish schoolboy outfit, backed by the album’s cover art. “This is one drop you rockers do not want to miss out on!,” boasts a description accompanying the collectible.

This marks the second AC/DC LP to be part of the Album series, following a Back In Black release which was unveiled in 2020.

Motorhead’s 1980 album Ace of Spades also gets the Funko treatment, complete with a figure of Lemmy in his recognizable western-inspired attire. “Release your inner rocker and celebrate the timeless album from rock legends, Motorhead!,” declares the item’s description. “Labelled as its most commercially successful album; this is going to be a massive hit amongst fans, so don’t miss out on your chance to grab this latest Pop! Albums drop and give it centre stage in your growing collections!”

Elsewhere, Poison frontman Bret Michaels is immortalized in his own Funko Pops! figure. The collectible captures the rocker wearing a t-shirt, ripped jeans and his custom bandana. One hand holds a guitar, while the other throws up the traditional rock “sign of the horns” gesture. One in six of the Michaels Funkos will also come with a “chase variant,” featuring Michaels wearing a cowboy hat over his bandana.

All of these new releases are available for preorder now.