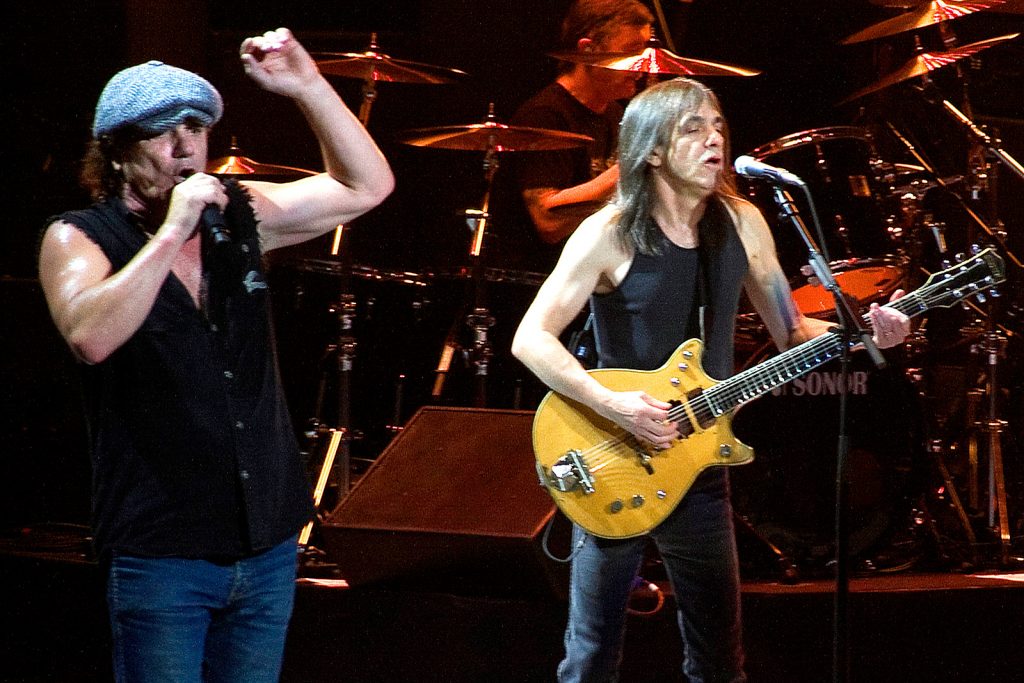 AC/DC singer Brian Johnson has reflected on the 2014 departure of late guitarist Malcolm Young, saying the band’s heart “stopped beating” when he left.

In April 2014, the group announced Young would be “taking a break from the band due to ill health.” At the time, few details were shared about the nature of Young’s condition, and rumors surrounding the guitarist flooded the internet. Later, the public found out that Young had been diagnosed with dementia.

“When Malcolm left AC/DC in 2014, the heart of the band stopped beating,” Johnson recalls in his upcoming memoir The Lives of Brian (as reprinted by Classic Rock). “To this day, I miss him more than I could ever put into words. He never missed a trick, from a band member’s performance to a crew member’s wellbeing. I don’t know how he did it.”

On the technical side, Johnson believes there was no better rhythm guitarist than Young. “His guitar playing was masterful. And behind that powerful sound, there was a subtlety that music critics could never understand,” the singer opines. “Standing to his right onstage, I could only ever marvel at the man. But I kept my admiration to myself for the most part because he wasn’t the kind of guy who enjoyed taking a compliment.”

Young died on Nov. 18, 2017. “He was just 64 when the dementia that he’d been battling for years finally got the better of him,” Johnson recalls. “A truly awful day.”

Stevie Young, Malcolm’s nephew, took his place in AC/DC and has maintained the position ever since.