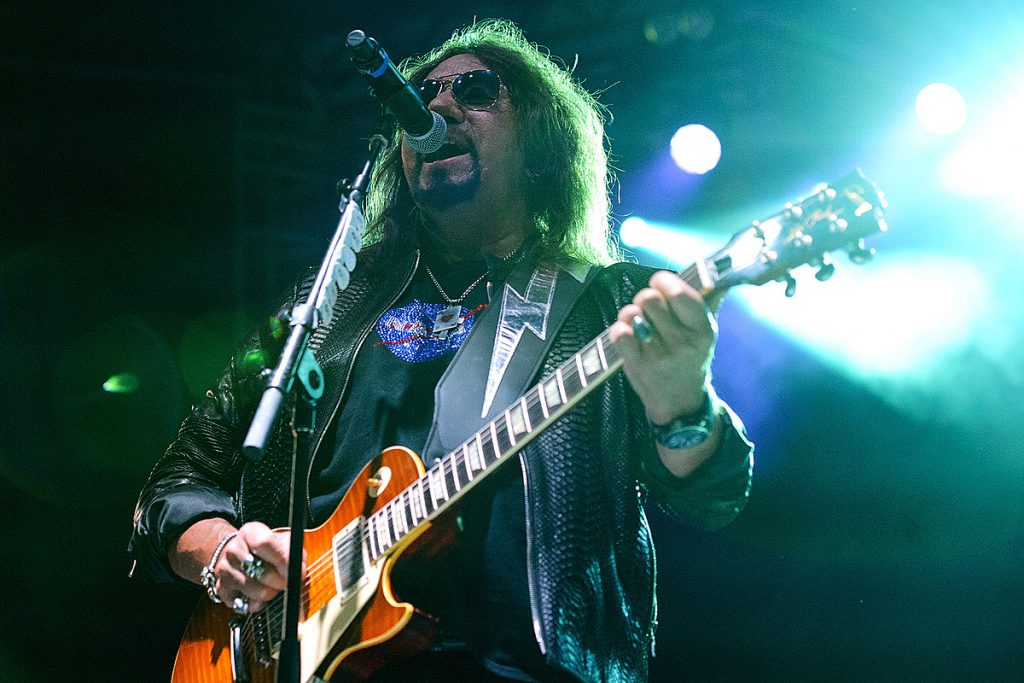 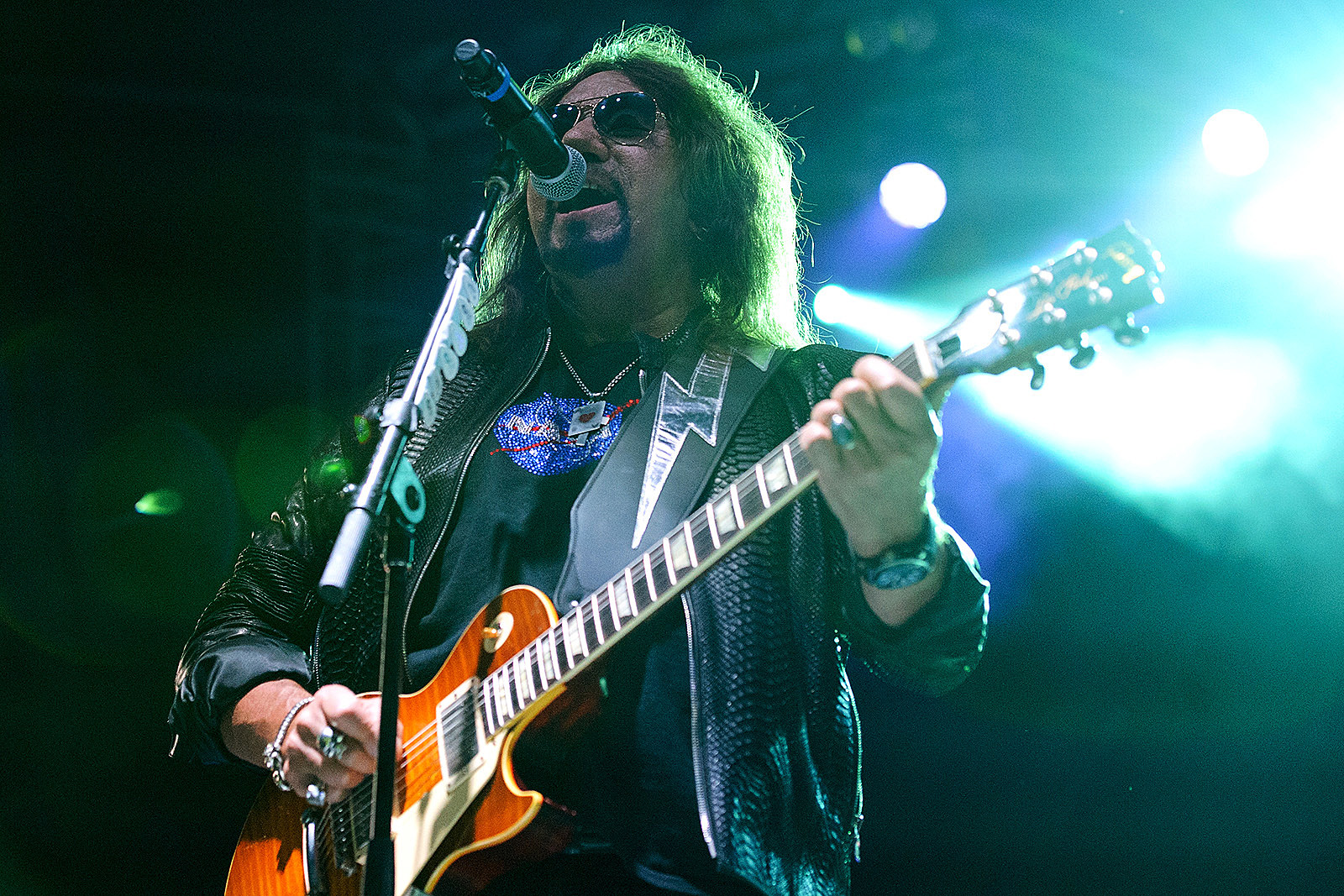 He broke the news to AXS TV while talking about his new house in New Jersey, where he lives with his girlfriend. “I’m really excited because we just bought a 6,000-square-foot house with a 3,000-square-foot basement with a nine-foot ceiling,” he said in the video below, “so I’m gonna build an amazing state-of-the-art recording studio there. And I’ll be able to record my next several albums there. I just re-signed with eOne for three more albums. And there will be an Origins, Vol. 3.”

Frehley’s Origins, Vol. 2, itself a sequel to a 2016 set, featured his interpretations of classics, including the Beatles‘ “I’m Down” and Deep Purple‘s “Space Truckin’.” His penchant for recording other artists’ material began with his 1978 solo debut, when he took Hello’s “New York Groove” to No. 13 on the Billboard Hot 100. To date, all of his solo studio albums have included at least one version of someone else’s song, a process he enjoys.

“The great thing about doing a covers record is I don’t have to write the songs,” he said. “So, all I have to do is kind of make it my own, maybe change the solo a little, maybe change the arrangement a little and then get some guest stars.”

Earlier this week, Frehley told Eddie Trunk that he’s not involved with Kisstory, the official documentary about Kiss, because he and the producers couldn’t come to a financial agreement. “I thought the fee was embarrassing,” Frehley said, “because I know how much money they’re gonna make on it. So, either share the wealth, or c’est la vie. So I decided not be involved. … I’m not concerned with the Kiss story. Everybody knows the Kiss story. How many documentaries have we done?”

Instead, he’s considering telling his own story and has pitched it to eOne’s movie division. “I’m the most interesting member of the four founding members,” Frehley continued. “And I have the best stories and the most interesting life. I grew up in the Bronx, poor, lower middle class, living in a one-bedroom apartment, and next thing you know, I’m in one of the biggest rock groups in the world. That’s a huge success story.”