Aerosmith and Run-DMC to Perform Together at Grammy Awards 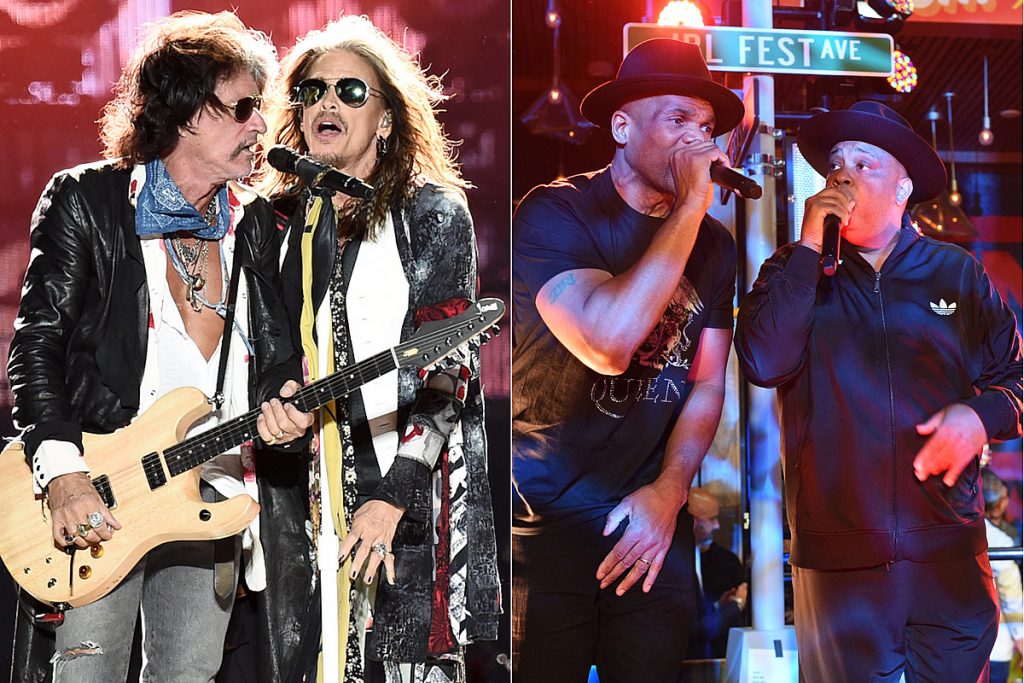 Aerosmith will be joined by a special guest during their upcoming performance at the Grammy Awards, legendary hip-hop outfit and fellow Rock and Roll Hall of Famers Run-DMC.

Reports indicate that the groups will join forces for a rendition of “Walk This Way,” the track they famously turned into a musical and cultural phenomenon in 1986. Variety notes that Run-DMC will not be present for the entire Aerosmith set, suggesting that the collaboration will instead be part of a career-spanning medley for the rock band.

“Walk This Way” was initially released in 1975 on Aerosmith’s Toys in the Attic album, with that version peaking at No. 10 on the Billboard Hot 100 chart. Nearly a decade later, the song was given new life when producer Rick Rubin brought the rockers and rappers together.

“I didn’t know what was gonna happen when I walked into the studio,” guitarist Joe Perry admitted in Walk This Way: The Autobiography of Aerosmith. His trepidation was shared by D.M.C.

“At the time, we didn’t know what Steven (Tyler) was singing,” the rapper revealed in his own autobiography, King of Rock: Respect, Responsibility and My Life With Run-DMC. “We were, like, dissing him so bad because the song jumbles a lot of lines together. We came up with all sorts of weird interpretations, but wrote the lyrics to the best of our ability, and then we went in the studio and laid them down.”

Thankfully, both artists got passed their initial discomfort and were able to create a legendary track. Released in July of 1986 as the second single from Run-DMC’s album Raising Hell, “Walk This Way” would become a smash hit, earning heavy rotation on MTV and bringing hip-hop to mainstream white America. The song also helped revitalize Aerosmith’s career, an effort further enhanced by the band’s massively successful 1987 LP Permanent Vacation.

Aerosmith and Run-DMC have collaborated on live versions of “Walk This Way” on many occasions in the past, with the groups even touring together in 2002. Still, the Grammy performance will undoubtedly hold special meaning as Aerosmith is being celebrated as the MusiCares 2020 Person of the Year in honor of both their musical legacy and their continuing charity work.