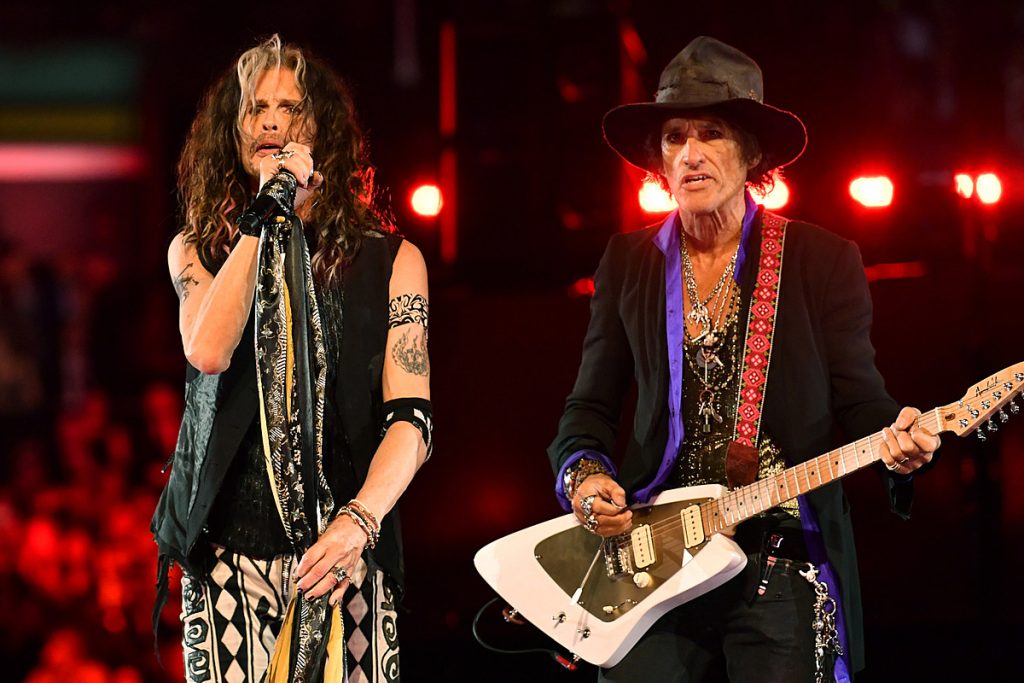 Following a busy week — which included the filing and rejection of a lawsuit from drummer Joey Kramer — Aerosmith took the stage at the Grammy Awards Sunday night, delivering a high-energy, but often times disjointed performance.

The Rock and Roll Hall of Famers began their set with “Livin’ on the Edge,” the song which earned them a Grammy at the 36th edition of the awards in 1994. Halfway into the song, frontman Steven Tyler made his way into the crowd, at one point grabbing rapper Lizzo to join him on the track’s chorus.

From there, the legendary rockers launched into their pioneering collaboration “Walk This Way,” complete with appearance by rap icons Run-DMC. Though both groups were emphatic in their deliveries, the performance briefly seemed to go off the tracks due to sound problems (though it paled in comparison to previous Grammy issues).

Aerosmith were honored as the 2020 MusiCares Person of the Year. The non-profit organization, incorporated under the umbrella of the National Academy of Recording Arts and Sciences, annually honors artists who have made a lasting impact in both music and charitable works.

Despite the aforementioned discourse between Kramer and the band, the drummer attended Friday night’s MusiCares event. Given a chance to speak during that ceremony, Kramer said, “A shoutout for love and gratitude — to MusiCares, to all our fans, to my partners, to my forever-supportive wife Linda, and to you guys out there and the music industry.”