Aerosmith Get Vulnerable With ‘Home Tonight’ 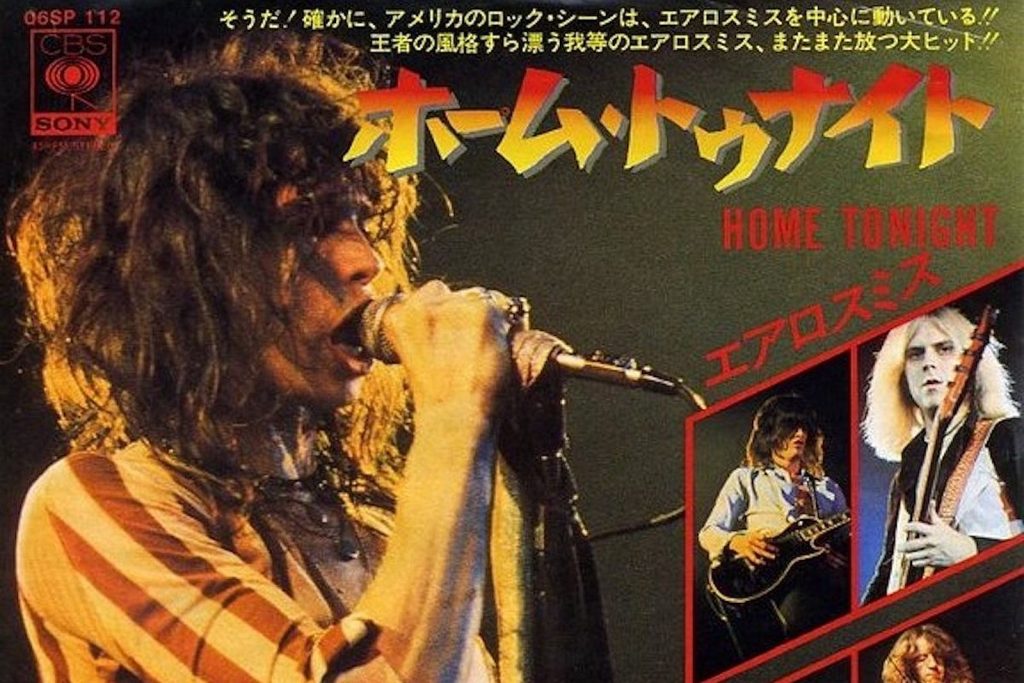 For the most part, Aerosmith‘s Rocks lived up to its name as a bone-crunching, hard-rock opus full of sinewy riffs and thunderous grooves, dripping with debauchery and sexual innuendo.

There was just one exception: the soaring power ballad “Home Tonight,” which closed the band’s fourth LP in glorious, heartrending fashion.

Riding high on the success of 1975’s Toys in the Attic and a reissue of “Dream On” that reached the Top 10, Aerosmith decamped to their Waltham, Mass., rehearsal space, the Wherehouse, in January 1976 to begin preproduction on Rocks. They parked the Record Plant’s mobile recording studio right next to the Wherehouse so they could move effortlessly between rehearsal and recording.

For the third time in as many years, Aerosmith partnered with producer Jack Douglas, who helped hone each song on Rocks to a razor-sharp point. The result was a loud, rude, lascivious record that showed all five band members at the peak of their powers. “Back in the Saddle” and “Nobody’s Fault” were furious proto-metal shakedowns; “Last Child” and “Get the Lead Out” packed funky, blues-rock swagger; and “Rats in the Cellar” was a clever hat tip to “Toys in the Attic,” with lyrics that hinted at the cracks beginning to spread below Aerosmith’s good-time facade.

“Looking back at Rocks, I see its one-word theme as party,” guitarist Joe Perry wrote in his 2014 memoir, Rocks. “Its one driving purpose was to reidentify us as America’s ultimate garage band, with blistering guitars, blistering vocals, balls-to-the-wall smash-your-eardrums production.”

Released on May 14, 1976, Rocks sold a million copies in less than two months, becoming one of the first albums to earn a brand-new platinum certification from the RIAA. The album spawned three singles, including the Top 40 hits “Last Child” and “Back in the Saddle.” But “Home Tonight,” released on Aug. 27, 1976, as Rocks‘ second single — and curiously shipped with Get Your Wings cut “Pandora’s Box” as a B-side — fizzled out at No. 71.

“Home Tonight” continued Aerosmith’s long-standing tradition of including one ballad on each album, offsetting the rest of Rocks‘ cocksure strut with a moment of disarming vulnerability. Brad Whitford elevated the drama with a searing guitar solo, while Steven Tyler crooned and shrieked over his plaintive piano melody, which kick-started the song.

“Steven could always be counted on to come up with some little piano riff that would be our ballad for the record. And that was it,” Perry said in the band’s 1997 autobiography, Walk This Way. “People ask me about ‘outtakes’ from this record, and I just tell them, ‘There are none because there was too much happening to record extra stuff.’ As soon as we had enough songs for an album, we stopped recording and went back on the road.”

Aerosmith supported Rocks with their first major headlining tour, a grueling, 86-date trek that saw them storming some of the biggest stadiums in the United States. They didn’t play “Home Tonight” once on the Rocks tour — or at any show since then. Tyler often teases the song as an intro to “Dream On,” but a full live rendition of “Home Tonight” remains just a fantasy for the many Aerosmith fans who surely rank it among the band’s greatest ballads.