Aerosmith Has ‘Quite a Bit’ of Archival Material to Release 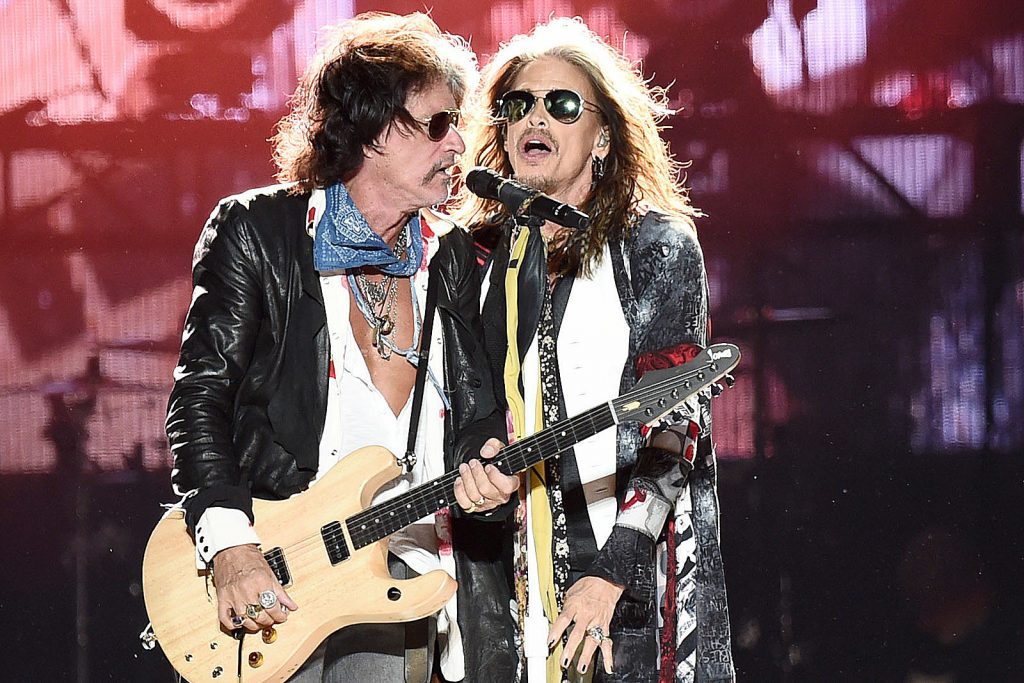 Joe Perry says Aerosmith has “quite a bit” of archival material dating back to the ’70s that they hope to release in various formats over the next few years.

The guitarist was invigorated by the release of last year’s 1971: The Road Starts Hear, which contains previously unheard rehearsal footage of Aerosmith’s earliest material, much of which ended up on their eponymous 1973 debut album. “It sounded so good. I mean, we could have put that out on the first record,” Perry tells UCR of those primitive recordings. “We just had two microphones when we recorded that. It shows how conscious we were of the dynamics and how the band sounded as a whole. Listening back to it, any time I hear those songs, it brings me back.”

Perry says there’s a lot more where that came from. “If you take a song like ‘Dream On,’ that take that was put on the record, there were probably two or three other takes that we decided not to use for one reason or another,” he explains. “As a fan, if I heard [Led Zeppelin‘s] ‘Heartbreaker’ and I heard a different take of that, in that [same] studio quality, I would love to hear that.”

The guitarist says this archival material could surface instead of a new Aerosmith studio album. “I was thinking about, ‘Well, do we need to write another record?’ Then I started thinking: Going back, all of these songs have alternate takes that have different things about them,” he says. “We have so much of that stuff, and also some of the rehearsal tapes of some of the songs. And we’ve been recording everything live since we came back together [in the mid-’80s]. We have show upon show. There’s just so much material there, so much video, and we’re finding so much more. I think it took our guys about three years to go through all of the stuff, including the videos, and just catalog everything, so we could see [what we had].”

Fans of Aerosmith’s hedonistic mid-’70s heyday can rest assured there’s something for them among the archives as well. “Going back into the ’70s where people didn’t have cellphones with cameras, it’s a lot harder to find video, but there’s a surprising amount of videos that were made and assembled, mostly because back then, the record companies would use them for promotion when they would get together every year to show what new product was coming out,” Perry explains. “They would shoot videos of the bands or the different performers. There’s a lot of that stuff stashed away that hasn’t seen the light of day.”

Perry says Aerosmith is “looking over the next two or three years at releasing this stuff, decade by decade in different formats. There’s a lot of stuff there. At the same time, we’re still out there touring, so it’s not like we’re just going to sit back and curate our museum, so to speak. It’s part of our history, but we’re still going out there and doing it.”

Aerosmith will hit the pavement again this fall with two New England shows — Sept. 4 in Bangor, Maine, and a 50th-anniversary hometown extravaganza at Boston’s Fenway Park on Sept. 8 — before resuming their Deuces Are Wild Las Vegas residency on Sept. 14. (They canceled the summer dates so Steven Tyler could attend rehab.) Perry will get a few early reps in with three Joe Perry Project shows on July 21 in Hampton, N.H., July 22 in Boston (with ZZ Top) and July 23 in Atlantic City, N.J. He says residency footage will eventually see the light of day — but they’ve got to work through half a century of other material first.