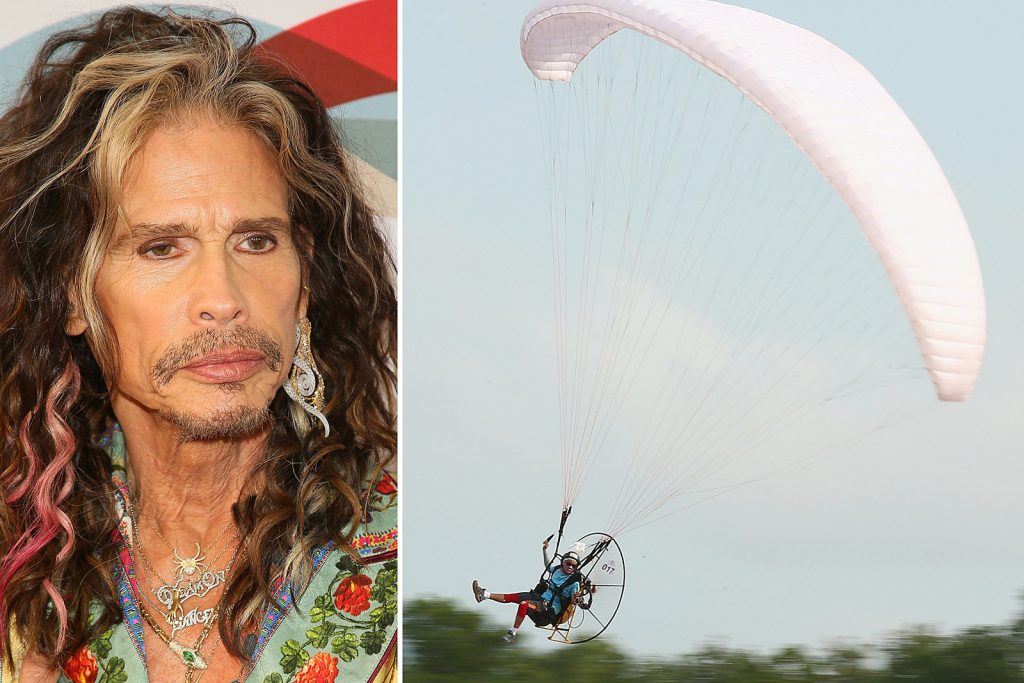 Aerosmith guitarist Joe Perry said the band had to talk frontman Steven Tyler out of swinging over audiences on a rope during their upcoming Las Vegas residency. And that’s not the only daredevil activity to be ruled out during their visit to the desert.

The band will continue to mark its 50th anniversary with a residency at Dolby Live, running from June 17 through Dec. 11. It was recently confirmed that drummer Joey Kramer won’t be taking part.

Perry recently told Spin that visits to Vegas usually include paragliding. “A pickup truck drives around in a huge circle while you’re standing there [on] about 30 or 40 feet of rope [and] a steel cable,” he said. “They reel you out until you’re about 3,000 feet or something… then after you’ve been up in the air for a while, they pull this latch and you disconnect. And then you basically parachute down.”

The guitarist said Tyler, 74, owns a powered paraglider, “one of the things you strap on with a propeller on the back. And I’ve seen him fly it himself. We’re not going to be doing parachutes this summer. It’s so easy to break an ankle or something. There’s a point when you’ve got to know.” He cited another example: “We really had to talk Steven out of swinging on a rope out over the audience!”

Perry, 71, said he and his wife, Billie, have retained a passion for diving, despite some “close calls over the years.” “One time… [t]he tide went out, and there was nothing but lava rocks,” he recalled. “So trying to come in was really, really scary. We had to take our gear off. The water was also getting really cloudy and it was getting later in the day. And that’s when the sharks come out. Not a comfortable time.”

He added that he had warm memories of a deep dive to a shipwreck with Tyler: “Steven and I have had a lot of adventures over the years, and not just diving.”

Perry said he could even picture himself devoting more time to diving after his upcoming musical engagements. “I have to say, I was thinking about maybe doing one more run [with Aerosmith] and then taking six months and diving in some of these places that I’ve never been to,” he said. “I kind of doubt that’s going to happen.”