Al Green Takes His First Steps With ‘Back Up Train’ 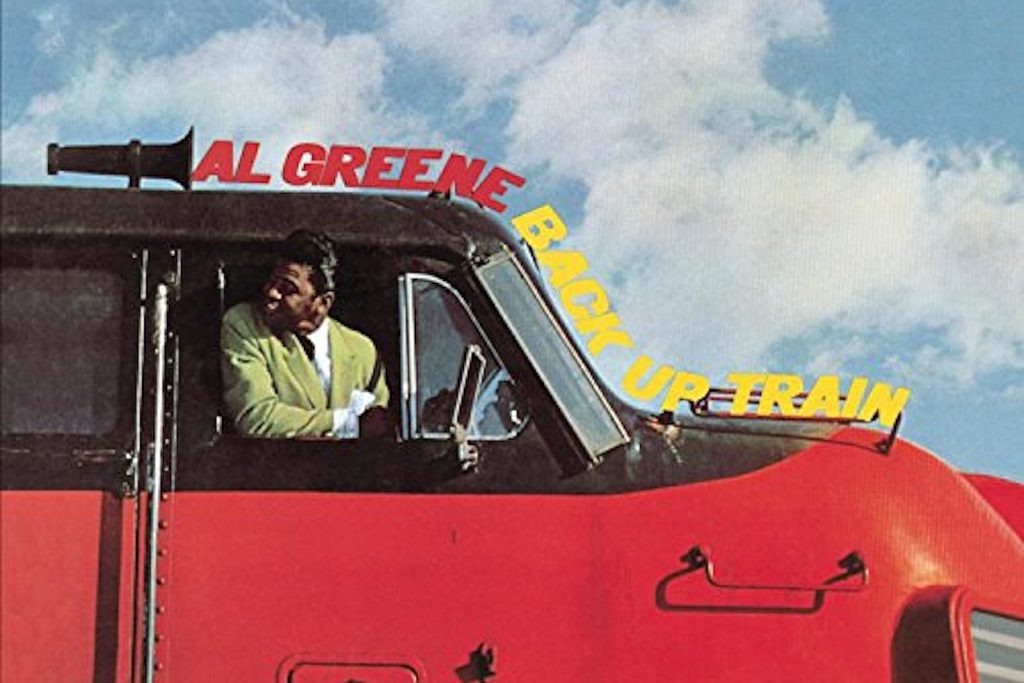 Al Green got by with a little help from his friends on his debut album.

Born Albert Greene, the soul singer had been interested in music from a very young age. “I started singing when I was a little kid,” he told Interview magazine in 2017. “I was about nine when we had a group with my four brothers. We sang spirituals, the old regular thing, the spiritual bag – just about like everybody else I guess. It’s fun.”

Next, he formed a band with several friends while still in high school. He didn’t necessarily have grand ideas for Al Greene & the Creations, but the band ended up forming a foundation for his career.

Two of the Creations’ members, Curtis Rodgers and Palmer James, eventually formed their independent record label. Hot Line Music Journal would be responsible for the release of Green’s debut album Back Up Train on March 21, 1967.

At that point, Green was still considerably new to the idea of writing material. “I wasn’t into writing,” he told Interview. “I wasn’t into the concept of what I call real music, free music. Free music to me is music without boundaries. It’s music that … says you don’t have to play a blues in three-chord change.”

So, Rodgers and James maintained the lion’s share of songwriting credit on the album, which was named for its lead track.

Listen to Al Green’s ‘Back Up Train’

The lone song on the album written by Green himself was “Stop and Check Myself,” a fleeting track that clocked in at under two minutes, and yet still presented a promising picture of what was to come. Green had a ways to go before coming into his own – particularly as it pertained to writing songs. “Stop and Check Myself” nevertheless offered a quick glimpse of the skillful and versatile recording artist he would become in the early ’70s.

“Back Up Train” was first released as a single in January 1967 under the band name “Al Greene and the Soul Mates.” To their surprise, it reached No. 5 on the U.S. R&B chart early in 1968. The Soul Mates subsequently released more material, but nothing matched the impromptu success of “Back Up Train.”

Green eventually decided it was in his best interest to attempt a solo career, but remained wary about leaving the small-label environment that had nurtured this debut.

“I’ll tell you how lazy I am,” Green told Rolling Stone in 1973. “After I had Back Up Train, Junior Walker told me he could get me a contract with Motown like” [snaps fingers] “that Atlantic was interested. But I figured it would be hard with a big company; they had lots of artists, Al Green might get lost.

“I wanted a company that had good distribution, lots of money and no artists – a company that was looking for somebody to spend all that money on,” Green added, “and didn’t have anybody who was qualified.”

Listen to Al Green’s ‘Stop and Check Myself’

Then he met the vice president of Memphis-based Hi Records while on tour in 1969. Willie Mitchell liked Green’s sound and offered to sign him to the label.

“He was fun to produce, but he didn’t happen overnight,” Mitchell later told Blues & Soul magazine. “When I found Al in Midland, Texas, I told him to go to Memphis and he could be a star in 18 months.” Green carefully considered the offer: “I thought about it some more,” Green told Rolling Stone. “And finally I said, they’ve got plenty of money … and nobody around to spend it on … so they might as well spend it on Al Green.”

Mitchell was right: He’d have to wait for more than a year, during which 1969’s Green Is Blues arrived, before earning wider recognition – but the patience paid off. Green followed up with 1970’s Al Green Gets Next To You, which contained his first hit single, “Tired of Being Alone,” His 1972 LP Let’s Stay Together climbed to No. 8 on the Billboard pop chart. Its title track became Green’s first No. 1 single.

“Al was a real craftsman — he worked 24 hours a day,” Mitchell later recalled. “Whatever he had to do to get a track perfect he’d do, if it meant working all night long or — if necessary – a whole month.”

Green’s career took off at hyper-speed, and nothing could have made him happier. Even during downtimes at home, he couldn’t help but think about his next project or tour.

“I’m just hooked,” he told Rolling Stone. “My head isn’t into being at home, my head’s … into music. I’m a freak for music, I can’t get away from the music.”

When Prince and Richard Marx Met