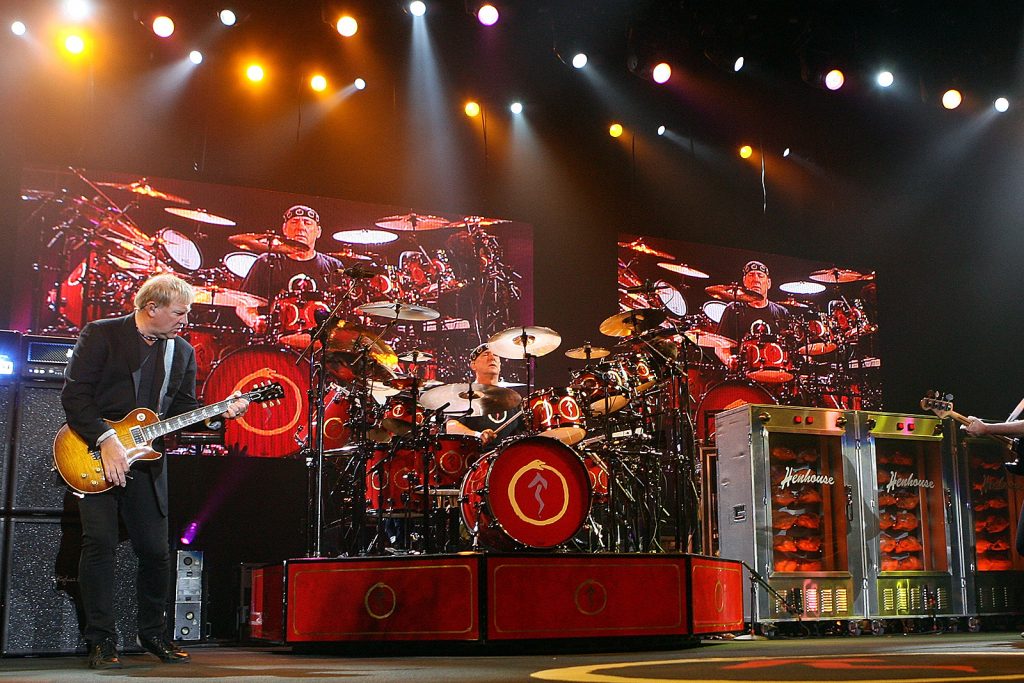 Most Rush fans assumed the band would break up after the death of drummer Neil Peart in January 2020. Guitarist Alex Lifeson has now confirmed that, saying there’s “no way” the group “will ever exist again.”

Lifeson has made only a few live appearances since Rush’s final show at Los Angeles’ Forum on Aug. 1, 2015. He expects to stay on that course, noting that he’d consider “a handful of specific shows” with his new project, Envy of None, if there’s enough interest.

But he’s definitely ruling out any further performances with Geddy Lee under the Rush name. “I think, really, Rush ended in 2015,” Lifeson told told SiriusXM’s Eddie Trunk. “There’s no way Rush will ever exist again, because Neil’s not here to be a part of it. That’s not to say that we can’t do other things, and we can’t do things that benefit our communities and all of that. I have lots of plans for that sort of thing that don’t necessarily include Geddy.”

The guitarist’s relationship with the Rush frontman stretches back to their teenage years. “Geddy and I started writing together when we were, I don’t know, 14 years old, I guess,” Lifeson said. “We are best friends. I love the guy so much. He means so much to me.”

The “amazing experience of working together, as well as being buddies” was an important combination that made their working relationship stick for so many years. “We had such a great history and did so much great stuff together,” he explained. “It’s not really a big deal if, for the rest of our lives, we’re just best friends.”

Lifeson pointed out that Envy of None singer Maiah Wynne is “a lot younger than any of us are” and that she’d “love to take it out on the road and do a proper tour.” But the guitarist isn’t so eager to jump back into that life. “I don’t have much of a desire to be sitting in a hotel room staring at the TV, you know, for 22 hours of the day for the two hours of excitement. I don’t really miss the live experience.

“I’ve done it a few times since, in smaller venues with smaller projects, mostly charity stuff. It’s fun when it’s for a couple hundred people, and I don’t mind. But to do the whole big production, I’m not so sure. I’m very lazy by nature. I don’t know if I’d want to dive into that again.”