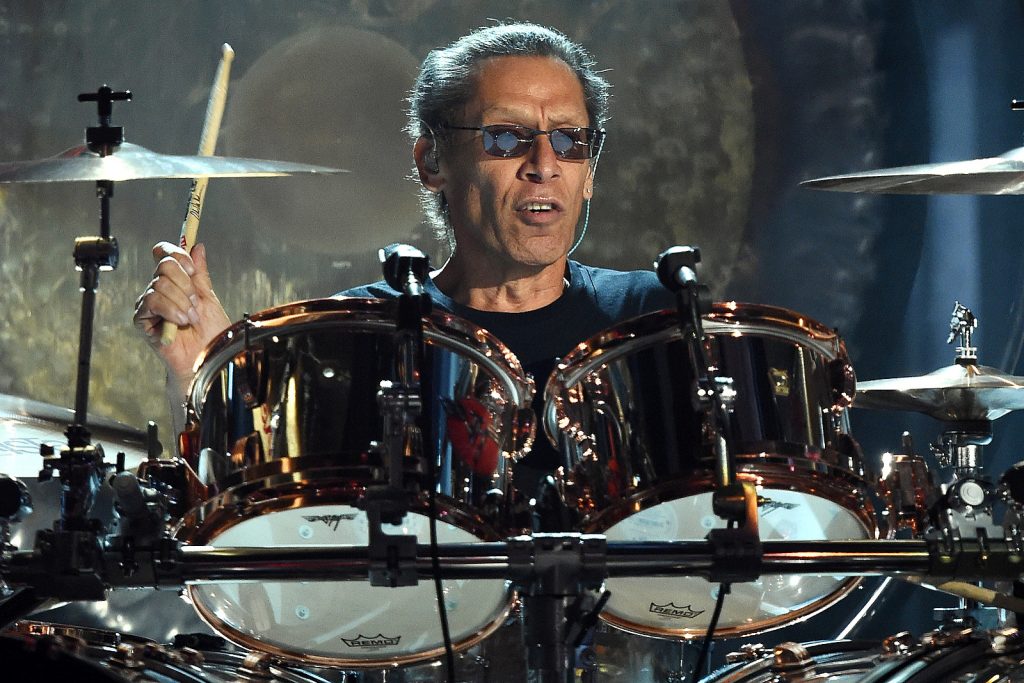 According to Alex Van Halen, the only people who truly understood the creative mechanics of Van Halen were he and his brother, Eddie.

“All these people are writing books about the band and they know nothing about the inner workings of this band,” Alex explained in an interview with Modern Drummer, conducted in August 2020 and recently published as part of the Modern Drummer Legends Vol. 2 – Alex Van Halen book. “And Ed and I don’t say anything because we’re not in the business of bullshitting on the internet and books and all that kind of crap. We just want to play. It’s that simple.”

Despite enjoying its status as one of the biggest bands on the planet, Van Halen was notoriously media shy in later years, only granting interviews on rare occasions. While such privacy helped build the group’s mystique, it also allowed for outsiders to make presumptions about Van Halen which, according to Alex, were oftentimes false.

“All the people who think they know how the band operates, maybe even including Dave [frontman David Lee Roth], weren’t 100 percent there all the time,” Alex explained, noting that even his other bandmates weren’t completely aware of the work being put in by the Van Halen brothers.

“Ed and I are the only ones there day and night. When they leave, Ed and I go back in and work on shit. Or Ed, Wolf [Eddie’s son, Wolfgang] and I go back and work on it. And ‘working’ means sometimes just playing it, or Ed finishing a piece of it. So when we get into the studio to actually record it, and there’s friction, it’s easy to say ‘The brothers are fighting again.’”

That “friction” often served as tabloid fodder, with writers regularly speculating about rifts within Van Halen. While the band definitely had its share of real turmoil, Alex insists he and Eddie were always on solid ground.

“Being in a band is no different from any other territorial dispute. Everybody is trying to claim a certain piece of territory. The real solution is to play together, to play as a unit. You’re much stronger that way,” the drummer explained. “Conflict is good up to a certain point. Conflict causes friction, causes heat, but once it gets to a certain point, that’s no good.”

Even in the months following Eddie’s death, Alex has remained largely out of the media spotlight. While other former Van Halen bandmates – including Roth, Wolfgang, Sammy Hagar and Michael Anthony – have given interviews since Eddie’s death, Alex has only issued one quote, a message delivered to the Van Halen News Desk that read: “Hey, Ed. Love you. See you on the other side. Your brother, Al.”